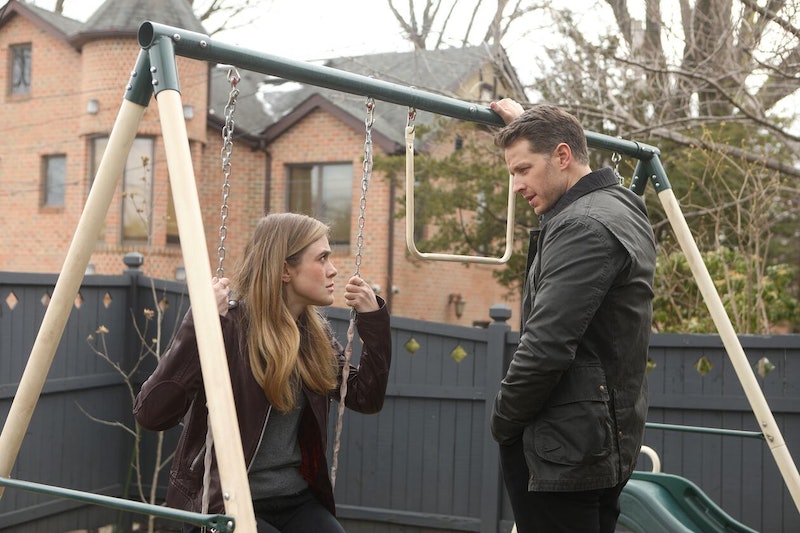 Fans’ #SaveManifest efforts were not in vain. Between their avid tweets and the marathon-watching they did to reach the show’s record-breaking streaming numbers this summer, they helped convince Netflix to swoop in and save the series for a fourth and final season. The announcement came on Aug. 28 (just in time to honor Flight 828, of course), so the Manifest cast and crew had a lot to celebrate on Twitter.

The series has run on NBC since 2018, telling the twisty story of a missing plane that resurfaces five years into the future — with its passengers having not aged a day. In June, the network announced its cancelation, leaving viewers with an incomplete story and disappointment. Manifest creator Jeff Rake was “devastated,” as he tweeted on June 14. “That we’ve been shut down in the middle is a gut punch to say the least,” he wrote in part. “Hoping to find a new home. You the fans deserve an ending to your story.”

In a surprise turn of events, buzz around the series grew. It clocked 2.493 billion minutes of viewing in the week that followed its cancelation, Deadline reported at the time. By August, Netflix was officially on board, much to the delight of Rake, cast, and crew, so they made sure to tweet their excitement and thanks to the show’s heroic fans. As Holly Taylor (Angelina) put it, “this wouldve never happened without the amazing #SaveManifest campaign led by the fans! it’s all you.” Josh Dallas (Ben) was echoed the sentiment, tweeting, “#Manifesters, you did this. You have my heart forever.”

Also among those reveling in Manifest’s revival were big names in sci-fi — both Stephen King and William Shatner took to Twitter to celebrate.

The surge in popularity made Manifest the latest series to benefit from the “Netflix Bump,” in which a show attracts a newfound fan base on the streamer. Sometimes, the buzz helps garner awards attention (see, Schitt’s Creek) or revivals to long-loved shows after nearly a decade off the air (hello, Gilmore Girls). But even with the bump, Manifest’s revival still feels a bit miraculous. As Deadline’s Nellie Andreeva explained, “A canceled broadcast series finding a home is extremely rare,” noting that the specific circumstances of Manifest’s cancelation made it even less likely. And yet, it happened — as series creator Jeff Rake tweeted in June, “Keep the conversation alive. If it works out, it’s because of YOU.”

Though Netflix hasn’t announced when Manifest Season 4 will ultimately premiere, you can look forward to more episodes than usual — Deadline announced 20 for the “super-sized” final season — and, with any luck, some answers to the show’s never-ending mystery.

More like this
Nicola Coughlan Shared A Lady Whistledown Excerpt From ‘Bridgerton’ Season 3
By Grace Wehniainen, Alyssa Lapid and Sam Ramsden
Twitter Is Pouring Out Some Zhampagne As ‘Schitt’s Creek’ Leaves Netflix
By Brad Witter
Here’s Where You Can Stream 'Schitt's Creek' After The Comedy Leaves Netflix
By Brad Witter
Jeffrey Dahmer’s Arresting Officer John Balcerzak Got His Job Back After Being Fired
By Grace Wehniainen
Get Even More From Bustle — Sign Up For The Newsletter