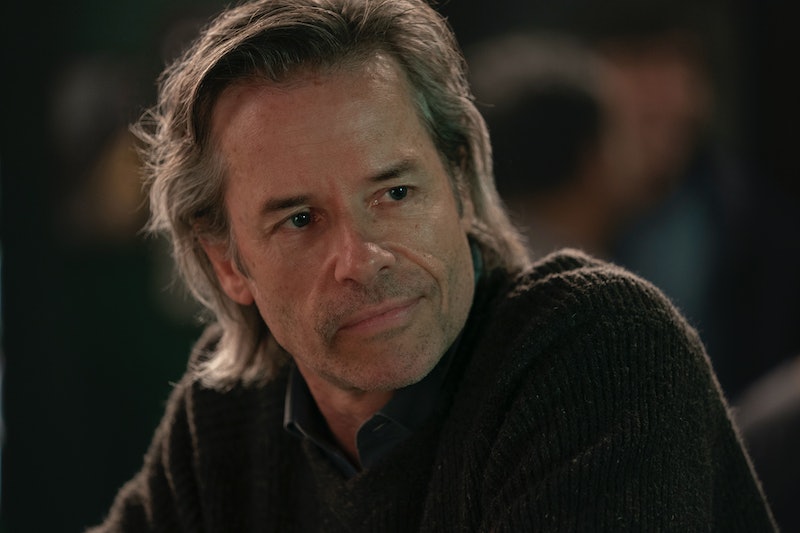 We’re four episodes into HBO’s Mare of Easttown, and perhaps more ink has been spilled about the idiosyncrasies of Kate Winslet’s mid-Atlantic accent than who actually killed Erin McMenamin, the young mom whose murder kicked off the show. Within the series, no one other than Mare appears particularly focused on solving the crime; Erin’s father went vigilante, but everyone else in town is mired in their own personal dramas. Dylan is processing the world-shattering news that DJ is not his biological son, while Dawn is still hunting for her daughter Katie, whose missing persons case has occupied the local imagination for much longer than Erin’s death. Detective Zabel is pursuing Erin’s killer, sure, but with about the same gusto he’s reserved for the romantic pursuit of his new partner. In the week or so since Erin’s body was discovered, not a single suspect has been struck from the list. And in the meantime, even more mysteries have emerged. Here are all the questions still left to be answered on Mare of Easttown — and the leading theories about them.

Frustratingly, the list of suspects only seems to grow. Could it have been Dylan, who found out some other way that DJ wasn’t his kid and sought revenge? Could it have been Kenny, who shot Dylan to somehow cover his tracks? What about Deacon Mark? The revelation that he left his previous placement under suspicion for an inappropriate relationship with a young parishioner throws new and vivid light on the fact that he had a close relationship with Erin and was in possession of the bike she rode on the night of her death, but he also feels like too obvious an answer.

Cousins John and Billy seemed surprised to learn Erin was dead, but that doesn’t mean they didn’t have some motive for wanting her gone. Among the evidence against them that viewers have pointed out: they were out on the night Erin was murdered, likely drunk and with impaired judgement; they’re close to Frank and Kenny, which means Erin likely had some semblance of familiarity and trust with them; and they seemed suspiciously eager to break the news of Erin’s death to her dad, positioning themselves as supportive figures. Plus, they’ve yet to be formally interviewed by police.

Still others have pointed to the violent Brianna or even Mare’s daughter Siobhan. “The reason I'm sus on Siobhan is that we have no idea where she was after, didn't pick up her phone all day, and all her buddies came forward while she was mia,” wrote one Redditor.

Mare’s ex-husband, Frank, seems like the only person who can be fairly ruled out now that we know he isn’t DJ’s father, but that still raises the question of why he chose to lie about how well he knew Erin. And this is all just within the universe of people we know about! The reveal that Katie is still alive and had used the same escort website Erin once set up a (supposedly inactive) account on introduces a new possibility: what if Erin’s killer didn’t know her at all?

Who is DJ’s father?

So far DJ and Frank are out, which leaves the rest of the population of Easttown. But the big question seems to be less about who the dad is than how this mystery intersects with Erin’s murder. It’s clear from the fact that Erin claimed Dylan as DJ’s father that the dad’s true identity must be something she wanted kept secret — maybe for reasons of age or familial connection (Kenny, Billy, John) or maybe for the role he plays in town (Deacon Mark, a high school teacher). That a young mom was killed is already a sad, dark story; the possibility that her child’s father was the one to leave DJ motherless is pitch-black.

What is Guy Pearce even doing here?

Richard Ryan is a great character to have in Easttown — a place where everybody has always known everybody — because the audience needs an outsider’s point of view. The womanizing professor is ostensibly in the show to give Mare insight into her own life — to push her back into the world after her son’s death brought her into stasis. Can Mare get out of her own way and let something good into her life again? Richard Ryan poses the question.

But! How to justify casting Guy Pearce if that’s all this character is here to do? Pearce attracts so much attention that he must be serving a bigger purpose than Detective Zabel’s romantic rival. Could his story somehow connect to Erin’s murder or the disappearances of Katie and Missy? He doesn’t not give off “girls locked in my basement” vibes. Perhaps this is too sinister a possibility. Post-suspension, Mare is in counseling and finally communicating with her mother and daughter. If she turns out to have accidentally slept with the killer she’s been looking for all along, it’s hard to see that progress continuing.

What’s Freddie got to do with anything? How about Father Dan?

These two guys are lurkers. They hover in or around the plot, perhaps only to remind us not to get too comfortable in our assumptions. The world is not as closed off as it seems, and we don’t know as much as we think.

Given how Freddie botched the scam he tried to run on poor Dawn, it’s hard to believe that he had anything to do with the crimes Mare is investigating. My guess is that he saw something. He’s a character who is always hanging around, frequently outside. Could he have been in the park on the night Erin was murdered, or maybe he caught a glimpse of Mark ditching Erin’s bicycle?

Father Dan...well, he’s just a little too secretive and a little too smug, drinking his Manhattans and looking out windows. Did someone in this Catholic enclave confess something? Is he actually the pervy priest, and Deacon Mark is innocent? One fan has a particularly bleak theory that Dan sexually assaulted Mare’s son, thus pushing him toward substance misuse, and that Erin knew about it and tried to blackmail Dan in order to get money for DJ’s ear surgery but that he killed her instead. Others think he’s not behind Erin’s murder, but is responsible for Katie and Missys’ kidnappings — perhaps because he feels he’s “saving” them from a life of sex work. Yet another eagle-eyed viewer pointed out that in the pilot episode, Mare replaces a church bulletin on Mrs. Carroll’s fridge with a magnet reading “call the police,” which feels like important imagery.

This is the date engraved on the heart charm Mare finds hidden in Erin’s room — two new mysteries rolled into a single piece of jewelry. First, let’s consider the significance of the date. Morbid as it might be, perhaps it’s the date of her mother’s death. Or maybe it commemorates the day she met or started dating whoever DJ’s dad turns out to be. It seems incredibly unlikely that Erin could afford such a piece of jewelry for herself, so there’s also the question of its provenance. Given that she hides it rather than wears it, it feels nearly impossible that it doesn’t have something to do with the secret of DJ’s father. Why else would a teenage girl hide the nicest thing she owns, except that it would threaten to unravel the biggest secret she’s keeping? And who in town could afford to give her such a token? Dylan doesn’t have the scratch, and I’d think Lori would notice if money was missing from her accounts with Cousin John. Of course, this still leaves most of the people in Easttown.

What About The Peeping Tom?

There has to be a reason they opened the show with this, so he’s bound to come back into play at some point. Watch this space.