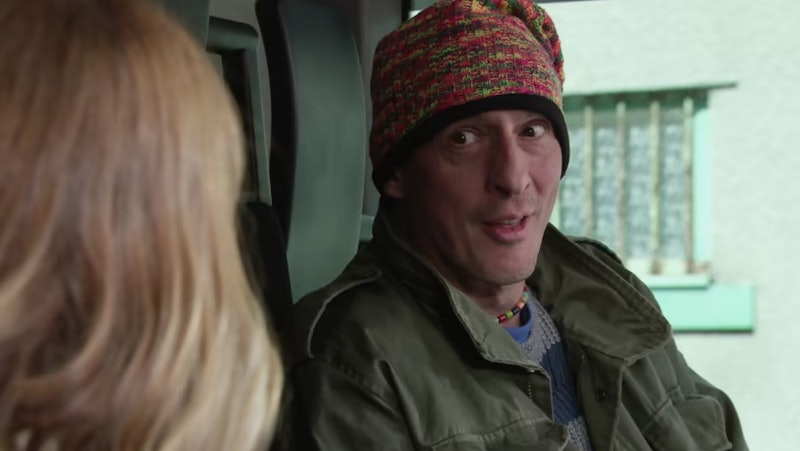 Martin Hancock has made a welcome comeback onto screens and into hearts, as Geoffrey “Spider” Nugent returned to hit ITV soap Coronation Street. Fans will remember that the vegan eco-warrior left Weatherfield for Peru all the way back in 2003. Since leaving the cobbles, Hancock has made an appearance on BBC medical drama Holby City, as well as enjoying film roles in Kingdom Of Heaven, Hannibal Rising, The Last Faust, and more. But what about his life away from the screen? Interestingly, the actor has always kept a pretty low profile when it comes to his personal life. So, with that said, here’s what we do know about Hancock’s relationship status.

It just so happens that Hancock is married. And while his wife’s identity remains private, she — along with her mum — had a big influence on Hancock’s return to Weatherfield. The actor’s mother-in-law, who he describes as “the Oracle of all things Corrie,” alerted him to the the fact that his character had been getting online interest due to a social media post. Georgia Taylor, who plays Spider’s on-screen love interest Toyah Battersby, posted a 1999 throwback photo of her and Martin Hancock in August 2021.

The Instagram photo stirred up sentimental feelings in Hancock, and his wife encouraged him to plan his return to the soap. Recalling the conversation, Hancock said his wife told him: “You’ve always said you’d go back and you’re not getting any younger, so pull your finger out and have a word with your agent.”

Prior to getting hitched, Hancock was in a relationship with Gaynor Britt Royle for six months in 1999. According to the August 1999 issue of TV Times magazine, Britt Royle used to be a lap dancer. In a now-archived 2000 interview with The Mirror, Hancock showed some reluctance in talking about the relationship, and the culprit for the split was cited as his long filming schedules, though he insisted they were still good friends.

Since then, Hancock has been extremely low key about his dating life, until this recent mention of his wife and her instrumental role in Spider’s return to screen.