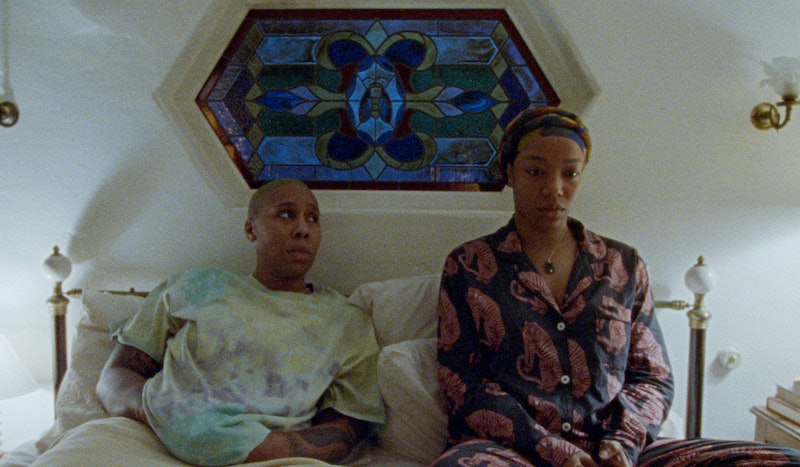 Originally created by Aziz Ansari and Alan Yang and one of Netflix’s earliest critical successes when it debuted in 2015, Master of None returns with a new storytelling focus. Co-written by Ansari and Lena Waithe, Season 3 of Master of None, subtitled “Moments in Love,” centers on Waithe’s Denise and her partner Alicia (Naomi Ackie) as they navigate the ups and downs of marriage and fertility struggles.

The new season comes after a four-year hiatus, during which Ansari wasn’t sure if Master of None would ever go beyond two seasons. “I don’t know if we’re going to do a Season 3. I wouldn’t be surprised if I needed a looonng break before I could come back to it,” he admitted in a 2017 Vulture profile. “I’ve got to become a different guy before I write a third season, is my personal thought. I’ve got to get married or have a kid or something.”

“If you look back at any of the old interviews Alan and I did in Season 2, I think we were both pretty clear we didn’t really want to do the show again if it was the same kind of show,” Ansari explained during Deadline’s Contenders Television awards season event in May. “We kind of exhausted what we wanted to say about me being a guy in my 30s and single in New York and eating food and running around.”

The inspiration for Season 3’s story came from one of Ansari’s friends, who was a sperm donor to a lesbian couple. Ansari told Deadline that he and Waithe always wanted to do a romantic story centered on Denise, and so the new season is focused on the hurdles they have to overcome, especially as two queer women of color, to have a child.

The focus on Denise represents a pivot for the series, but it’s also likely meant to put some distance between the project and Ansari, who was accused of sexual misconduct in 2018. (He does appear briefly in Season 3). But the shift also makes it unclear if a future Master of None Season 4 will ever happen. While Netflix once told Deadline in 2018 that they’d “certainly would be happy to make another season of Master of None,” it could be years before that ever happens again. Here’s everything we know so far.

Master of None Season 4 Premiere Date

Based on past quotes, Ansari, Yang, and Waithe seem uninterested in working on a new season unless they’re inspired to portray something they haven’t already explored. So it really could be years before we hear any news.

But Waithe hinted that they could always return to the show as they get older. Especially considering the new season didn’t come from their own experiences but “from us talking to other people about their relationships,” Waithe told Entertainment Weekly. “But that's why we wanted to write it, because you never know where your life might be five years or 10 years later.”

Master of None Season 4 Cast

It’s unclear which character a future season could focus on, but perhaps a fourth season could pivot back to Alan Yang’s writing and his onscreen persona Brian, played by Kelvin Yu.

“I’d rather we not end [Master of None] here,” Yang told The Hollywood Reporter in 2017. “I’d rather make one at some point in my life. I don’t know when that is, years from now or whatever. Ideally, I’d like to make more because I love the team of people and the whole process.” We’ll update this post if and when there is more information available.

More like this
The ‘You’ Season 4 First Look Shows Joe’s New Identity And Potential Victims
By Bustle Editors
The ‘Emily In Paris’ Season 3 Release Date Is Here, Plus The First Footage
By Bustle Staff
Here's When 'The Crown' Season 5 Will Premiere — And What To Expect
By Bustle Editors
New ‘Lupin’ Part 3 Teaser Hints That Assane Will “Go Out In Style”
By Brad Witter
Get Even More From Bustle — Sign Up For The Newsletter