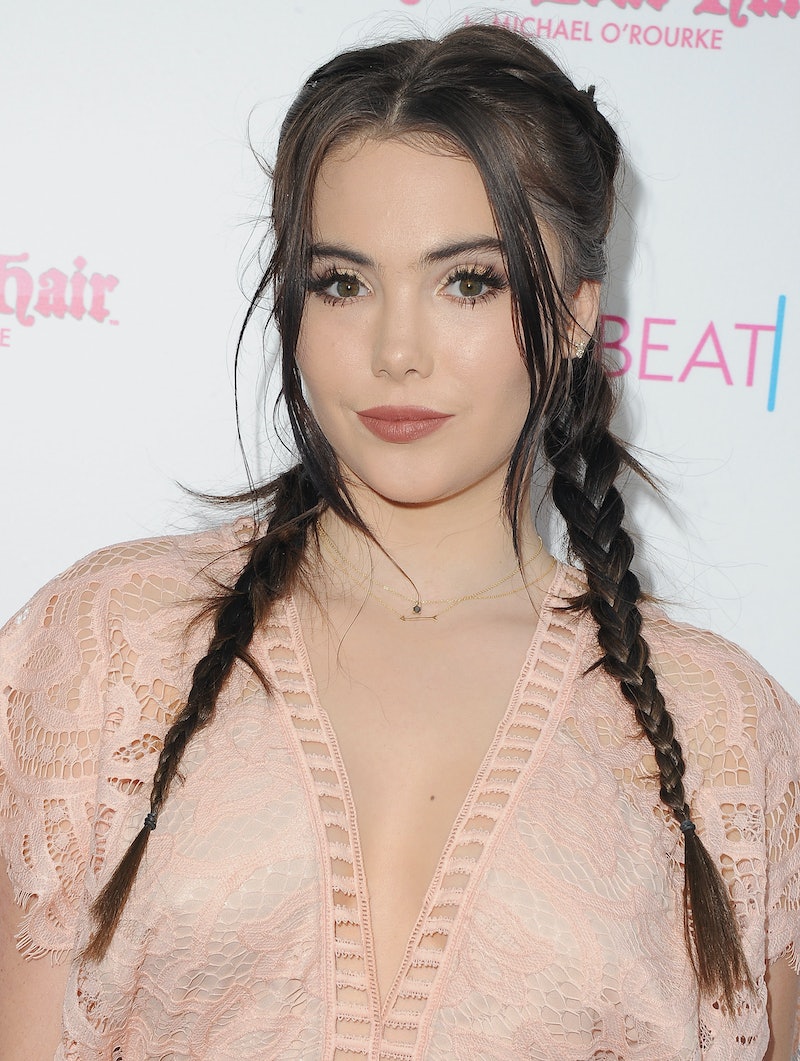 Following vaulter Jade Carey’s tripping incident at the Summer Olympics, former U.S. gymnast McKayla Maroney is speaking out about the conditions for competing athletes at the games. In a series of tweets and Instagram story videos posted on Aug. 1, the gold medalist said she was forced to compete at the 2012 London Olympics with a broken foot, claiming doctor Larry Nassar lied to then-coach Márta Károlyi about the injury. “I think a lot of people don’t understand how terrible it’s set up for the athletes,” Maroney tweeted.

“You guys know I competed on the Olympic team as a vaulter,” the 25-year-old said on Instagram. “I also came in ready for floor, but as soon as I got to London, I broke my foot.” She claimed Nassar was fully aware of the injury and hid it from Károlyi. Maroney previously stated that she’s one of hundreds of victims (including Simone Biles and Aly Raisman) who were sexually abused as minors by Nassar, USA Gymnastics’ former osteopathic physician who was sentenced to 175 years in prison in 2018.

In the videos, Maroney said she previously “would never blame anyone” for the foot injury and that she considered it her “body’s fault.” However, she now chalks it up to the fact that Károlyi instructed the team to begin training quickly after arriving in London despite being “jet-lagged,” claiming the then-coach had her complete three balance-beam routines. “And that’s when I broke my foot because I was dizzy as hell,” she noted. “I felt terrible. I looked at [Károlyi] before the beam routine like, ‘Really? You’re gonna make me get on this thing right now? I feel like sh*t.’”

Maroney said Nassar told Károlyi her foot wasn’t broken, even though the former doctor “was the one who helped with the X-rays and passed along the information.” Back in 2012, The New York Times reported that Károlyi denied the foot injury as well and instead said the gymnast’s toe was “bruised and strained.” Other outlets reported that her toe was broken, but not her foot. In her Instagram videos, Maroney added that she was “risking the rest” of her athletic career by competing and underwent “miracle surgery” following the games.

Maroney also detailed how the Olympic competing order makes it difficult for gymnasts to execute their routines. “By the time you get to event finals, you really have nothing left to give.” Referring to the pressure of going last in the Olympics, she said the gymnasts have the added challenge of hearing other competitors fall, but “the biggest thing is staying warm.” She added, “Once you get cold, your muscles start to shut down.”

In Maroney’s case at the London Olympics, she had to wait an hour before she competed on the vault, only having a small space on the sidelines to keep moving while the TV cameras were in her face. “When you’re in the running for first place, they put you last. They make you wait the longest because they want more suspense for the TV,” she stated. When it was finally her turn, she remembered feeling like she had just run a cold sprint. “I just feel like I’ve never felt like this on any other vault in my entire life, but individual finals feels f*cked up.” Responding to the viewers who critiqued her after she fell, she said, “They just thought I choked. B*tch, you try!”

Ultimately, Maroney’s experience led her to believe that Carey could’ve faced the same obstacles before her vault and called upon the Olympics to adjust the format of the competition. “Things need to change, and they need to make the groups much smaller.” She continued, “Making a gymnast wait an hour before their turn is not safe. It’s really not OK.”

In a statement given to Insider, USA Gymnastics President and CEO Li Li Leung said, “We recognize how deeply we have broken the trust of our athletes and community, and are working hard to build that trust back.” Leung continued, “Everything we do now is aimed at creating a safe, inclusive, and positive culture for everyone who participates in our sport. And while we know that this kind of meaningful and lasting culture change does not happen overnight, we will keep working toward that goal until every member feels supported, included, safe and empowered.”

For those curious to know more about Maroney’s story, she shared that she will share more details about her Olympics journey in an upcoming book.