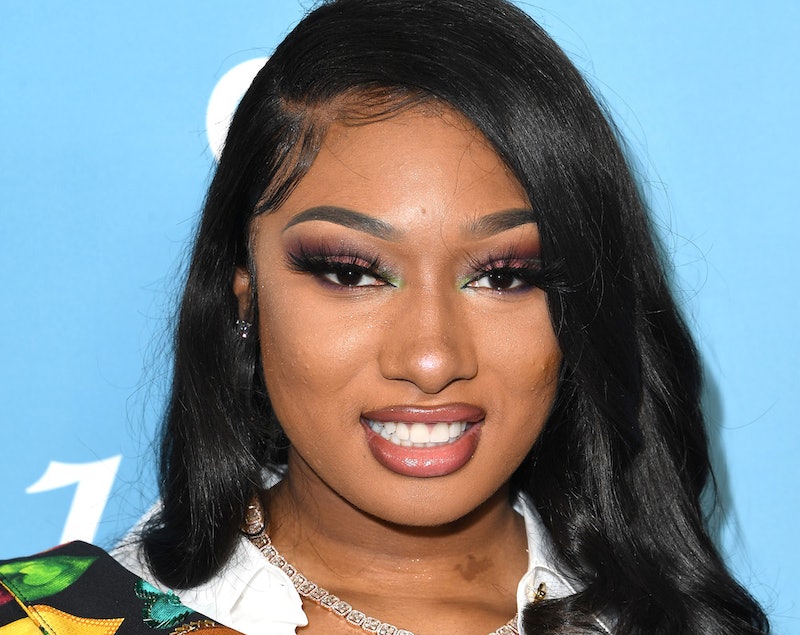 A month after she revealed that she was recovering from gunshot wounds, Megan Thee Stallion has claimed that rapper Tory Lanez is the person who shot her during the July 12 incident in Los Angeles. The “WAP” rapper recounted the incident for the first time during an Instagram Live on Aug. 20 and said that Lanez, real name Daystar Peterson, shot her before addressing him personally: “You shot me, and you got your publicist and your people to [talk to] these blogs, lying and sh*t,” she said. “Stop lying.” Bustle has reached out to Lanez’s reps for comment, but did not receive an immediate response.

Meg also explained why she was hesitant to name Lanez as the shooter to authorities, noting the protests against racial injustice sparked by police brutality. “When the police came because the neighbors called the police… [I was] scared,” Meg said on Live. Citing the recent killings of George Floyd, Breonna Taylor, and countless other Black people by police, the rapper explained, “All this sh*t going on with the police — the police was literally killing Black people for no motherf*cking reason, [so as] soon as the police tell us all to get out of the motherf*cking car, the police [are] really aggressive.” She continued, “You think I’m about to tell the police that us Black people got a gun in the car? You want me to tell laws that we got a gun in the car so they can shoot all of us up?”

Initial reports stated that Lanez was arrested on gun charges while Meg was in the car, and that Meg was taken to a hospital after she suffered a cut on her foot from broken glass. She later confirmed she underwent surgery for gunshot wounds. Meg said on Live that she “tried to keep the situation off the internet,” but people kept “draggin’ it.” The Live comes just a few days after Meg shared photos of her injuries after being accused of faking them — she deleted the post soon after sharing it on Instagram.

She previously fought back against fans and press minimizing her injuries and making jokes about her trauma for over a month, addressing the memes and dismissive comments head-on in a series of tweets on July 17. "Black women are so unprotected & we hold so many things in to protect the feelings of others w/o considering our own,” Meg tweeted at the time. “It might be funny to y’all on the internet and just another messy topic for you to talk about but this is my real life and I’m real life hurt and traumatized.”