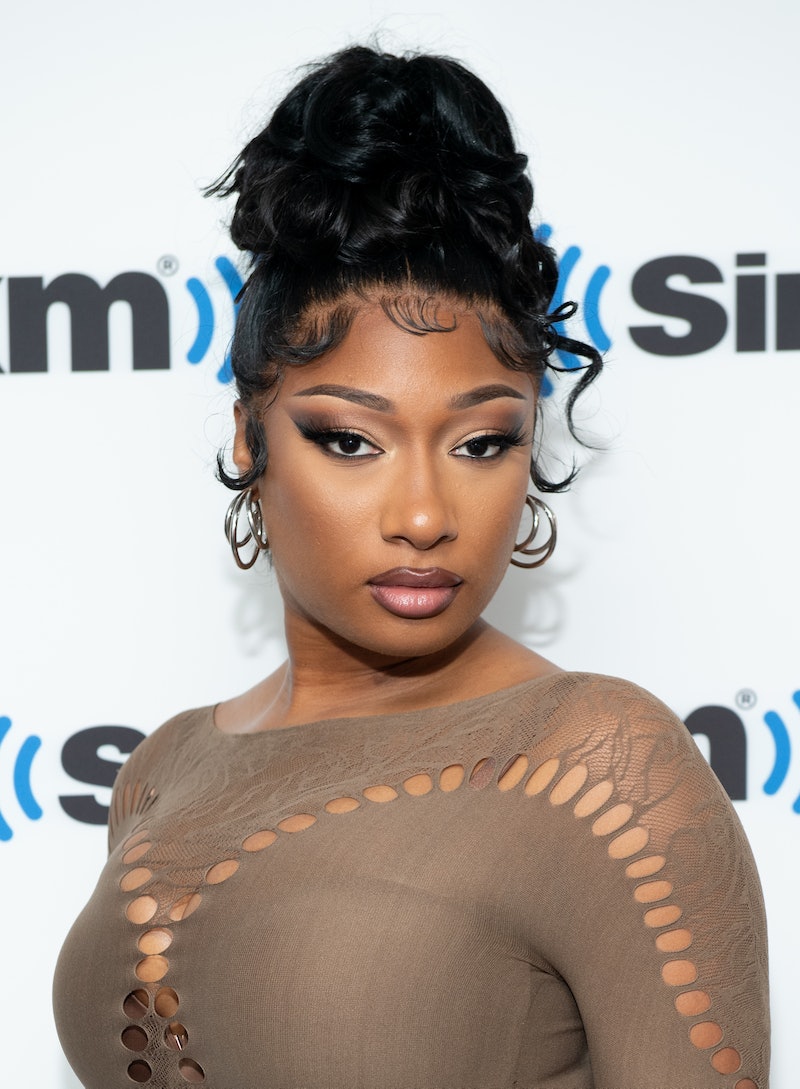 It was a big night for Megan Thee Stallion on Oct. 15: The rapper hosted Saturday Night Live for the first time and doubled as the musical guest. At the same time, the show took place just a day after she’d announced that she needs a break, and she appeared to get emotional during her performance of “Anxiety.”

The three-time Grammy winner’s vulnerability moved fans. “Megan’s ‘ Anxiety’ performance really touched my heart,” one viewer tweeted. Another fan pointed out that the rapper has been through a lot recently, from the recent robbery at her home in Los Angeles to social media attacks.

Megan herself shared that she was struggling a day before the show, tweeting on Oct. 14, “Hotties im really sorry but after SNL I really gotta take a break I’m so tired, physically and emotionally.” Just a day before that, two men had broken into her house and stolen $300,000 to $400,000 worth of goods, law enforcement sources told TMZ. Of the robbery, she wrote, “Material things can be replaced but I’m glad everyone is safe.”

On SNL, the entertainer starred in multiple comedic sketches — playing a high school honors student, a workout instructor, and more — but her “Anxiety” performance was serious. For it, she took the stage in a pageant queen look. Her sparkly red gown and updo gave the impression of outward perfection, but it was juxtaposed with a sash that read “Miss Anxiety.” Backing her were five other beauty queens: Ms. Underpaid, Ms. Overworked, Ms. Overwhelmed, Ms. Overlooked, and Ms. Insecure.

The lyrics for the powerful song from her album Traumazine tackle mental health, and in an August interview for Apple Music, she revealed that she wrote them for herself and also “to [her] mama a little bit.” In one verse, she raps, “If I could write a letter to Heaven / I would tell my mama that I shoulda been listenin’ / And I would tell her sorry that I really been wildin’ / And ask her to forgive me, ’cause I really been tryin’ / And I would ask please, show me who been real / And get ’em from around me if they all been fake.”

It was in the section about her late mom, who died of brain cancer in 2019, where Megan appeared to be especially moved onstage. “Aww man, Megan gettin emotional rappin the 2nd verse of Anxiety that mentions her mom,” one fan tweeted. Another viewer wrote, “Megan Thee Stallion holding back tears performing ‘Anxiety’ on #SNL when the lyrics about her mom hit. Yes I’m crying.”

The rapper’s emotional moment and the song itself underscore the importance of the work she’s doing with mental health. In September, she launched the website Bad B*tches Have Bad Days Too, which offers mental health resources such as therapy platforms, helpline phone numbers, and podcasts. Megan even made sure to provide the link in her SNL monologue, telling viewers, “I believe that it is important to have a sharp mind and a sharp body-ody-ody-ody-ody.”

More like this
Michael B. Jordan Tackled His "Public Breakup" With Lori Harvey On 'SNL'
By Brad Witter
The Black Lotus Staff Has "Had Enough" In The 'White Lotus' Spoof From 'SNL'
By Brad Witter
Linda Ronstadt’s “Long Long Time” Plays A Pivotal Role In The Last Of Us
By Brad Witter
'GoT' Star Emilia Clarke Says She "Just Can't" Watch 'House Of The Dragon'
By Brad Witter
Get Even More From Bustle — Sign Up For The Newsletter
From hair trends to relationship advice, our daily newsletter has everything you need to sound like a person who’s on TikTok, even if you aren’t.