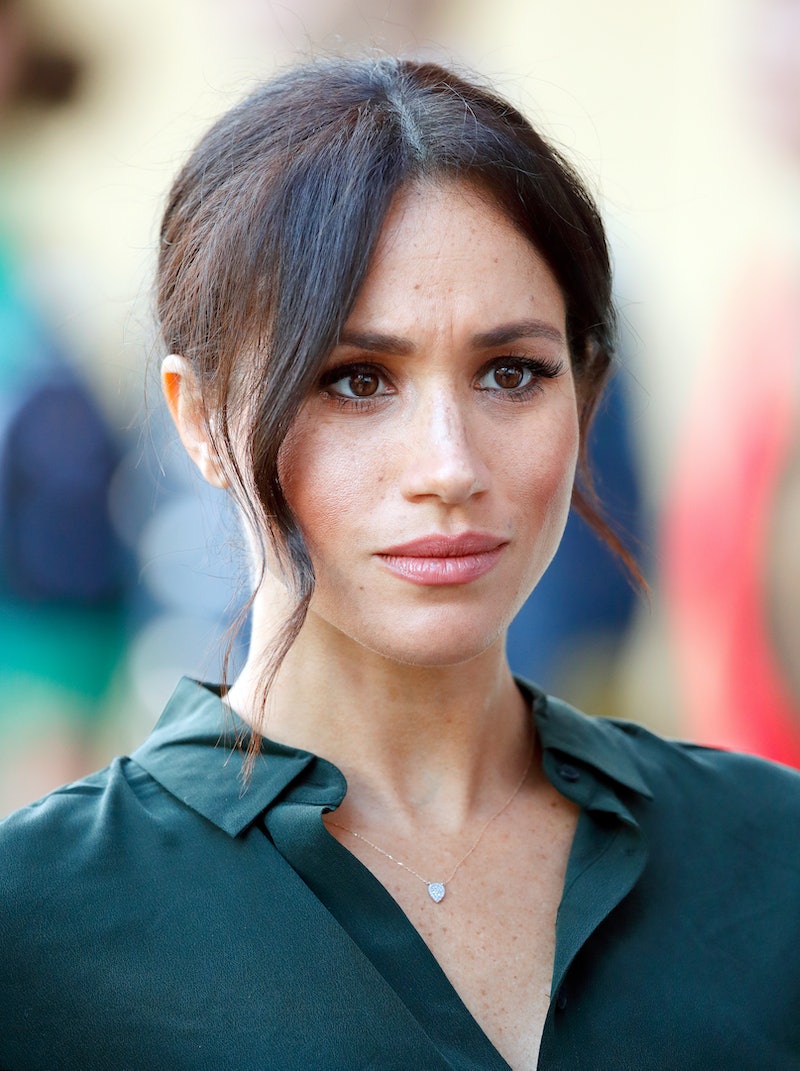 The Duchess of Sussex’s brand new podcast Archetypes has finally arrived on Spotify, and Meghan Markle has already shared some shocking details about her life as a royal on the much-anticipated audio series. Released on Tuesday, August 23, one of the podcast’s debut episodes features an interview with tennis champion, and close friend of the Duchess, Serena Williams. During their chat, the pair discuss the experience of motherhood, prompting Markle to reveal that a fire broke out in her eldest child Archie’s nursery.

Speaking on episode two of her Archetypes podcast, titled “The Misconception of Ambition with Serena Williams,” the Duchess of Sussex recalled the terrifying incident that occurred back in 2019 during her royal tour with Prince Harry in South Africa.

“When we went on our tour to South Africa, we landed with Archie,” Markle began. “The moment we landed, we had to drop him (Archie) off at this housing unit that they had had us staying in.”

The Duchess went on to reveal that, following an official engagement in the township of Nyanga, she and Harry were suddenly informed of a fire in Archie’s room. “We finish the engagement, we get in the car and they say, ‘There's been a fire at the residence,’” Markle remembered.

When the couple arrived back at their South African residence, Archie’s “amazing nanny” was “in floods of tears,” but had luckily taken Archie out of the nursery before the fire broke out. The Duchess continued, “Her instinct was like, ‘Let me just bring him with me before I put him down.’ In that amount of time that she went downstairs, the heater in the nursery caught on fire. There was no smoke detector. Someone happened to just smell smoke down the hallway went in, fire extinguished. He was meant to be sleeping in there. Everyone's in tears, everyone's shaken. And what did we have to do? Go out and do another official engagement. And I said, 'This doesn't make any sense, can you just tell people what happened?"

Speaking to Williams, Markle went on to disclose how the focus of the incident behind the scenes ended up becoming about “how it looks instead of how it feels,” adding, “part of the humanising and the breaking through of these labels and these archetypes and these boxes that we're put into is having some understanding on the human moments behind the scenes that people might not have any awareness of.”

Markle’s weekly Archetypes podcast aims to “investigate, dissect, and subvert the labels that try to hold women back,” and will feature a string of high-profile guests, including the likes of Mariah Carey, and many more.

More like this
Meghan & Harry Respond To Jeremy Clarkson’s "Apology" Over *That* Column
By Sophie McEvoy
Kate Middleton Makes Rare Comment About Talking Therapy
By Sam Ramsden
Prince Harry Incorrectly Recites Christina Aguilera’s “Genie In A Bottle” Lyrics
By Jake Viswanath
I Read Prince Harry's 'Spare' So You Don’t Have To: 11 Highlights To Know
By Marina Watts
Get The Very Best Of Bustle/UK
Sign up for Bustle UK's twice-weekly newsletter, featuring the latest must-watch TV, moving personal stories, and expert advice on the hottest viral buys.