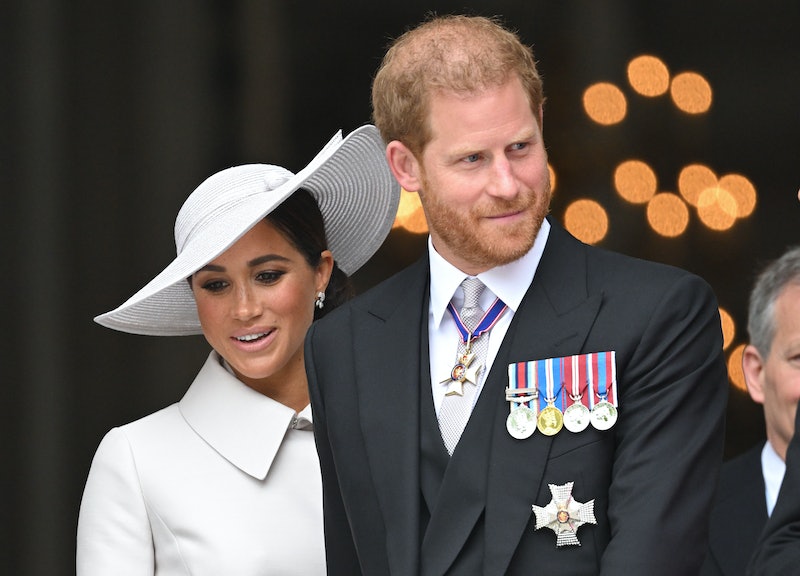 June 4 was a busy day for the royal family, but it was also a day of jubilation for Prince Harry and Meghan Markle for different reasons, too. It was Lilibet’s first birthday. To celebrate their daughter’s milestone, the Duke and Duchess of Sussex reportedly organised an “informal garden party” for their daughter at Frogmore Cottage, which included some very special guests.

While there was a lack of senior royals in attendance due to scheduling conflicts, the Sussexes were reportedly joined by Zara and Mike Tindall with their children Mia, Lena, and Lucas, alongside Peter Philips and Autumn Kelly, and their daughters, Savannah and Isla. Archie’s godfather, Charlie Van Straubenzee, and his brother, Tom (who is Princess Charlotte’s godfather), were also believed to be in attendance, according to the Sun.

Described as a “lovely do”, a source told British tabloid that it “had everything you’d expect from a child’s birthday party,” including picnic snacks, a birthday cake, balloons, and lots of party games for the kids. “The idea was for it to be very relaxed and casual, with people free to pop in and out as they wished,” the source explained. “It was a nice opportunity for the other royal children to meet Lilibet for the first time.”

Lilibet’s aunt and uncle, Prince William and Kate Middleton, were unable to attend the party. The Duke and Duchess of Cambridge were scheduled to make an appearance in Cardiff with Prince George and Princess Charlotte in tow. However, they did wish their niece a happy birthday on social media, as did her grandparents Prince Charles and his wife, Camilla, Duchess of Wales.

It was unclear whether the Queen was in attendance at the party, but Entertainment Tonight reported that she did have the opportunity to meet her great-granddaughter after the Trooping the Colour came to an end on June 3.

According to Zara Tindall, the Queen spent June 4 watching the Epsom Derby on television, which she missed due to “ongoing mobility issues.” Tindall, who was at the Derby, said that her grandmother would be watching the event from Windsor Castle. “She’ll just be on the sofa watching the TV,” she said. “She’ll be in her comfy clothes.”

Later that evening, Harry and Markle reportedly watched the Platinum Party at the Palace with the Queen at Windsor Castle, with Archie and Lilibet.

More like this
Mollie King & Stuart Broad Have The Most Relatable Wedding Plans
By Sophie McEvoy
Lilibet & Prince Charles’ First Meeting Was Emotional, According To Reports
By El Hunt
Prince William & His Kids Are Adorable In A Smiley New Photo For Father’s Day
By Stephanie Topacio Long
An 'Emily In Paris' Fave Is Joining Season 5 Of 'The Crown'
By Bustle Editors
Get The Very Best Of Bustle/UK