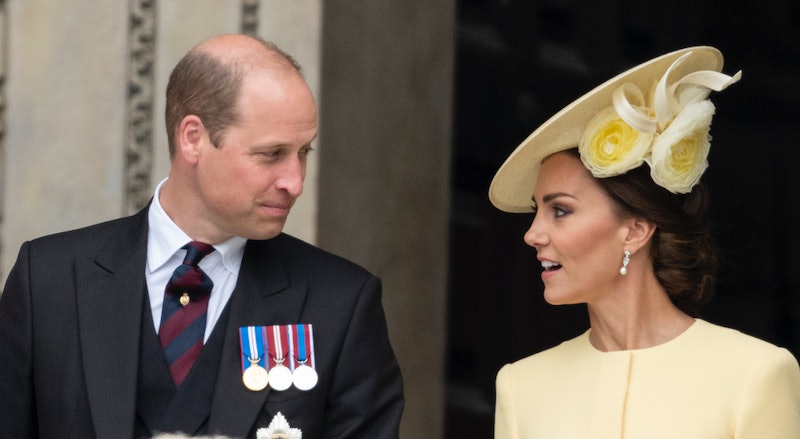 It’s a big weekend for the royal family. Not only did Prince Harry and Meghan Markle return to the United Kingdom to honor Queen Elizabeth II for her Platinum Jubilee, but they also made plans to celebrate baby Lilibet’s first birthday on June 4 while abroad. According to the Daily Mail, the party will happen at Frogmore Cottage, where Harry, Meghan, and Archie lived as a young family before moving to America.

Even the baby’s namesake, the queen herself, will reportedly be at the party — after having already met Lilibet earlier in the weekend, per Entertainment Tonight. But there will likely be at least one high-profile couple missing from the festivities: Lilibet’s aunt and uncle, Kate Middleton and Prince William.

The Daily Mail reports that William and Kate will be skipping Lilibet’s birthday because they have another royal appearance scheduled for that day — the Platinum Jubilee Celebration Concert at Cardiff Castle in Wales, 130 miles away from Frogmore Cottage. They will be greeting performers and crew at the event, the Daily Mail adds.

So it sounds like William and Kate’s absence at the party can be chalked up to a simple scheduling conflict. However, Page Six reports that William and Harry are still navigating a “frosty relationship,” and don’t plan to see each other outside of the party, either. “At the moment, it does not look likely that Harry and Meghan and William and Kate will meet up separately during the Jubilee celebrations,” a source told the outlet. “There is certainly nothing in the diary at the moment.”

During the June 3 thanksgiving service at St. Paul’s Cathedral, the two royal couples sat separately and did not appear to meet with each other. And according to People, Harry and Meghan did not join William, Kate, or their fellow royals for lunch after the service — though of course, there may certainly be royal gatherings (like Queen Elizabeth II’s reported first meeting with Lilibet) that the public simply doesn’t see.

Last June, William and Kate celebrated Lilibet’s arrival on social media, and Kate opened up about her desire to meet the newest member of the family.

“I hope that will be soon,” Kate said at the time, per the BBC. “I wish her all the very best. I can’t wait to meet her.”

More like this
Lilibet & Prince Charles’ First Meeting Was Emotional, According To Reports
By El Hunt
An 'Emily In Paris' Fave Is Joining Season 5 Of 'The Crown'
By Bustle Editors
Don't Expect To See Your Fave Modern Royals Depicted On 'The Crown' Season 6
By Jack Irvin
Rihanna Is America's Youngest Self-Made Woman Billionaire, According To 'Forbes'
By Hugh McIntyre
Get Even More From Bustle — Sign Up For The Newsletter