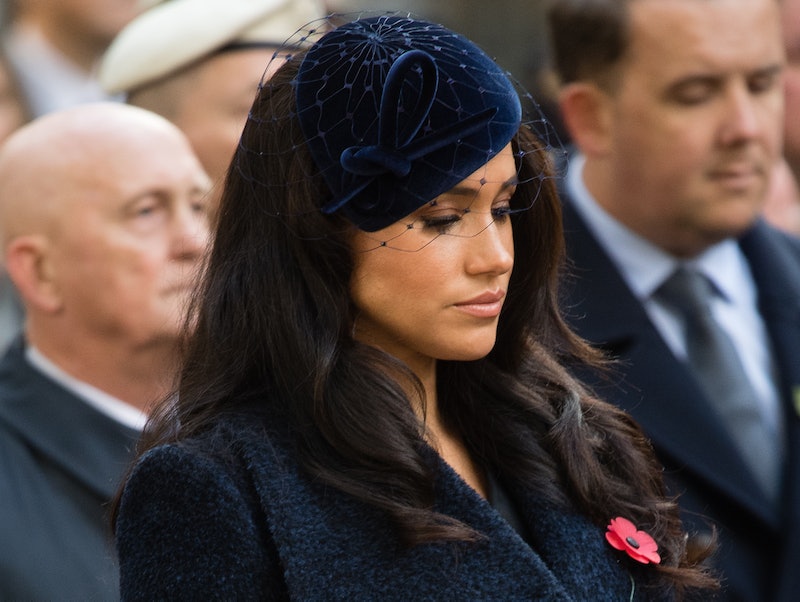 First coming to public attention in October 2019, Meghan Markle is currently suing Associated Newspapers for misuse of private information, copyright infringement, and breach of the Data Protection Act. Now, Meghan Markle will have to hand over her texts, call logs, emails and WhatsApp messages as part of her court case against the Mail on Sunday and its publishers Associated Newspapers.

The ongoing court case against the Mail on Sunday 's owner “hinges on one incident in a long and disturbing pattern of behaviour by British tabloid media,” said Prince Harry in a statement published when the lawsuit was filed. That incident revolves around the publication of several parts of a private letter handwritten by Meghan to her father, Thomas Markle, which The Mail on Sunday then used in several articles in early 2019.

Lawyers for Associated Newspapers initially argued that the letter could not be considered private because its existence was referenced in a People magazine article by one of five friends who spoke to the publication anonymously (Meghan says she did not know about the interview until after it was published).

However in court on Monday (Sept. 21), Associated Newspaper’s lawyers requested permission to alter their defence; the team defending the publication and its publishers seek to add that Meghan “co-operated with the authors of the recently published book Finding Freedom to put out [Meghan and Harry’s] version of certain events”.

Meghan’s new lawyer, Justin Rushbrooke QC, responded by stating that the book only quotes the same parts of the letter as the articles published by the Mail on Sunday. “The claimant and her husband did not collaborate with the authors on the book, nor were they interviewed for it, nor did they provide photographs to the authors for the book,” he told the court.

In the hearing, Judge Francesca Kaye ruled that Meghan will have to hand over six months’ worth of information, including all texts, call logs, emails and WhatsApp messages from the six months after 10 February 2019, the date the article was first published. The Associated News defense hopes that their request for information will “shed light upon the claimant’s attitude to the letter and her privacy” at the time, as per Yahoo.

Judge Kaye is set to rule on the Associated Newspapers request to change its defence at a later date. The full trial date has now been scheduled for January 11, 2021, where it is expected that Meghan will give evidence via video call, and not in person.

More like this
Meghan & Harry Respond To Jeremy Clarkson’s "Apology" Over *That* Column
By Sophie McEvoy
Rita Ora Finally Opened Up About Marrying Taika Waititi & Their "Perfect" Wedding
By Sophie McEvoy and Catharina Cheung
Turns Out George Clooney Is A Huge Fan Of This Classic British Game Show
By El Hunt
David Beckham’s Controversial Qatar Deal Skyrocketed His Net Worth
By Catharina Cheung
Get The Very Best Of Bustle/UK
Sign up for Bustle UK's twice-weekly newsletter, featuring the latest must-watch TV, moving personal stories, and expert advice on the hottest viral buys.