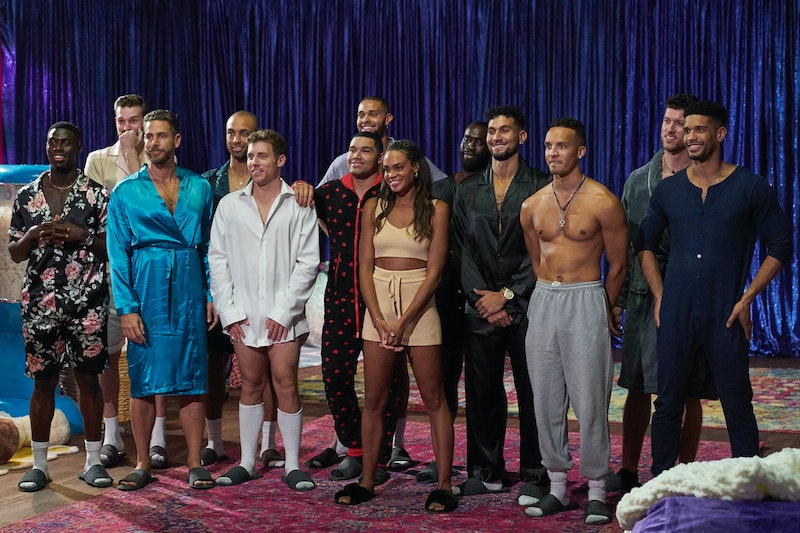 For a brief moment on the Nov. 9 episode of The Bachelorette, all of the guys forgot they were in a competition. In keeping with the pandemic-era Bachelorette standards, production created yet another in-house date, setting up a massive slumber party for Michelle Young and her guests. Unfortunately, her cast of grown men reverted to middle school versions of themselves when confronted with cotton candy, teddy bears, and pajamas, completely ignoring Michelle for nearly the entire date.

To her credit, Michelle didn’t sit and sulk throughout the date — she certainly tried to enjoy herself despite being the only person in the room who remembered they were on a date. Several times, Michelle mentioned her issues and anxieties about not being seen, which were exacerbated by an entire room of suitors ignoring her. By the time the evening portion of the group date rolled around, Michelle broke everything down for her men. She recalled a poem she read during a previous group date and detailed her history of being overlooked and ignored throughout her life with an emphasis on dating and growing up as a Black woman, which finally seemed to get through to the men. Naturally, Twitter had thoughts on the whole situation.

On paper, the date seemed like a fun time. Who doesn’t love a supersized slumber party?

At first, it just felt as though the men were being too polite to bother competing for Michelle’s attention.

However, it became abundantly clear that the men were simply more interested in hanging out with one another than sharing a moment with Michelle.

Michelle and viewers were noticeably displeased by the ignorance of her contestants.

In the end, Michelle and the guys managed to come to a mutual understanding, resulting in one of the more sweet and emotional cocktail parties of the season.