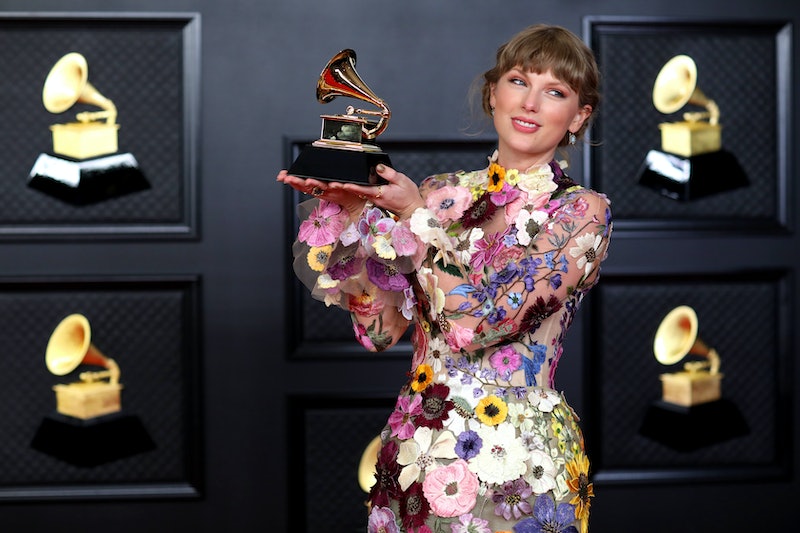 Decoding Taylor Swift’s Easter eggs is like trying to solve a crossword and realizing the answers have been there the whole time. But now, Swift is literally making her fans solve a crossword puzzle to reveal the new songs on Red (Taylor’s Version). On Thursday, Aug. 5, Swift unexpectedly dropped a video of a red-hued vault containing jumbled words and clues, similar to the one she posted in April that revealed “From the Vault” tracks from Fearless (Taylor’s Version). “*Presses post* *cackles maniacally*,” Swift captioned the video. “Level: casually cruel in the name of being honest,” she said, referencing the infamous “All Too Well” lyric.

Back in June, Swift confirmed that previously unreleased songs she wrote during the original Red sessions would be part of the upcoming re-recording, with her new version of Red including 30 songs total. In true Swift fashion, she gave 13 clues that contained 13 letters each (yes, everything she does revolves around her lucky number 13). Within minutes of the singer posting the mysterious video, Swifties realized that she actually gave them a crossword puzzle to solve, a likely nod to the “crossword” lyric from the title track of Red. When put together, like a true word search, the answers can be found across, up, down, diagonally, and backward.

So far, fans have found the names of Swift’s constant collaborator Ed Sheeran, country artist Chris Stapleton, and singer-songwriter Phoebe Bridgers, as well as the word “feat,” short for “featuring,” three times, indicating that they’ll be making guest appearances on Red (Taylor’s Version). Sheeran has confirmed that he already re-recorded his verse for “Everything Has Changed,” his duet with Swift from Red. However, since Swift’s video seems to focus on hints for the nine “Vault” tracks, it’s likely that he’s also featured on a yet-unknown new song.

Swift’s website revealed that Red (Taylor’s Version) features nine “Vault” songs. According to the puzzle, two of these songs will be Swift’s versions of “Babe,” a Red leftover she gave to Sugarland and sang background vocals on in 2018, and “Better Man,” which she gave to Little Big Town in 2016, eventually receiving a Grammy nom for Best Country Song. Perhaps most excitingly, the words “All Too Well Ten Minute Version” are found in the puzzle and already have its own Twitter hashtag, hinting that the much-eulogized ten-minute version of the fan-favorite Red track could be arriving soon. “Ronan” also appears, further confirming that Swift re-recorded her devastating 2012 charity single in honor of a young fan who died of cancer.

Many assorted words are hidden in the puzzle as well, including “Forever,” “Nights,” “Message,” “Bottle,” “Think,” and “Winter,” indicating that these are part of the new song titles, if not actual titles themselves. The word “Nothing” is also seen, indicating that “Nothin’ New,” an unreleased song Swift teased in journal entries that came with her 2019 album Lover.

Just when fans thought they had it all figured out, Swift put out another tweet that read, “Your next clue will be in the spot where you hear red…” Fans quickly went to Spotify, which led them to a website where fans can enter their guesses for the “Vault” song titles and check if they’re correct. As verified by Bustle, the unheard “Vault” songs are “Nothing New” featuring Bridgers, “Message In A Bottle,” “I Bet You Think About Me” featuring Stapleton, “Forever Winter,” “Run” featuring Sheeran, and “The Very First Night.”

Before cracking the code, Twitter did what it does best: provide top-notch memes.

Hilariously, some fans made it known that they were tired of decoding Swift’s Easter eggs and planned to let the more dedicated Swifties figure this one out for them.

Red (Taylor’s Version) will be released on Nov. 19, but it’s very possible that fans will hear something on Friday, Aug. 13, given that Swift likely can’t resist using Friday the 13th to her advantage.