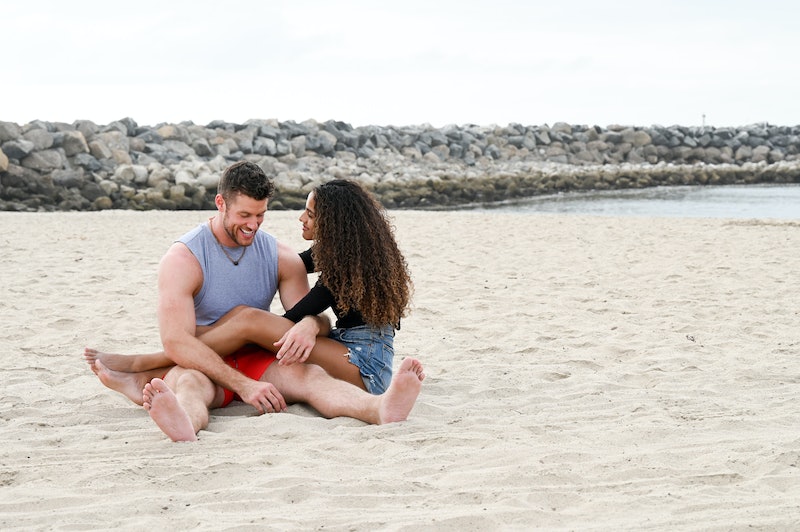 One-on-one dates are a part of the Bachelor process that Clayton Echard has yet to master. We learned as much on his date with Rachel Recchia when he awkwardly pressed her about why she was still single. His unique brand of icebreaking reared its head again on the Feb. 14 episode of The Bachelor. The incident happened during a one-on-one date with contestant Teddi Wright, a self-professed virgin who is waiting until marriage to have sex. When Teddi began to expand on her personal choices, it became clear to a lot of viewers that Clayton didn’t seem ready for the conversation.

Teddi was far from shy when it came to articulating her feelings about sex and intimacy. Clayton, on the other hand, seemed to short circuit. It wasn’t as though he was offensive, but rather he was ill-prepared to navigate a relationship that wasn’t a fast track to physical intimacy on a show about falling in love. Twitter noticed as much when it seemed like Clayton’s mood and body language changed when Teddi spoke about how she was intent on waiting to have sex until she was in love and how she’d never been in love.

For some reason, Clayton seemed surprised that Teddi was a virgin, as if that were something you could tell about someone just by looking at them.

It also seemed fairly apparent that Clayton’s interest in Teddi dropped off after he learned that she was still a virgin.

And if you listened closely, you could hear all of Bachelor Nation sighing in unison with the fear that Teddi’s storyline would revolve exclusively around her virginity going forward.

Overall, Clayton’s awkwardness during the conversation shone through more than anything else.

With several episodes left this season, Clayton still has time to improve his charm on one-on-one dates. For the sake of the women, let’s hope so.