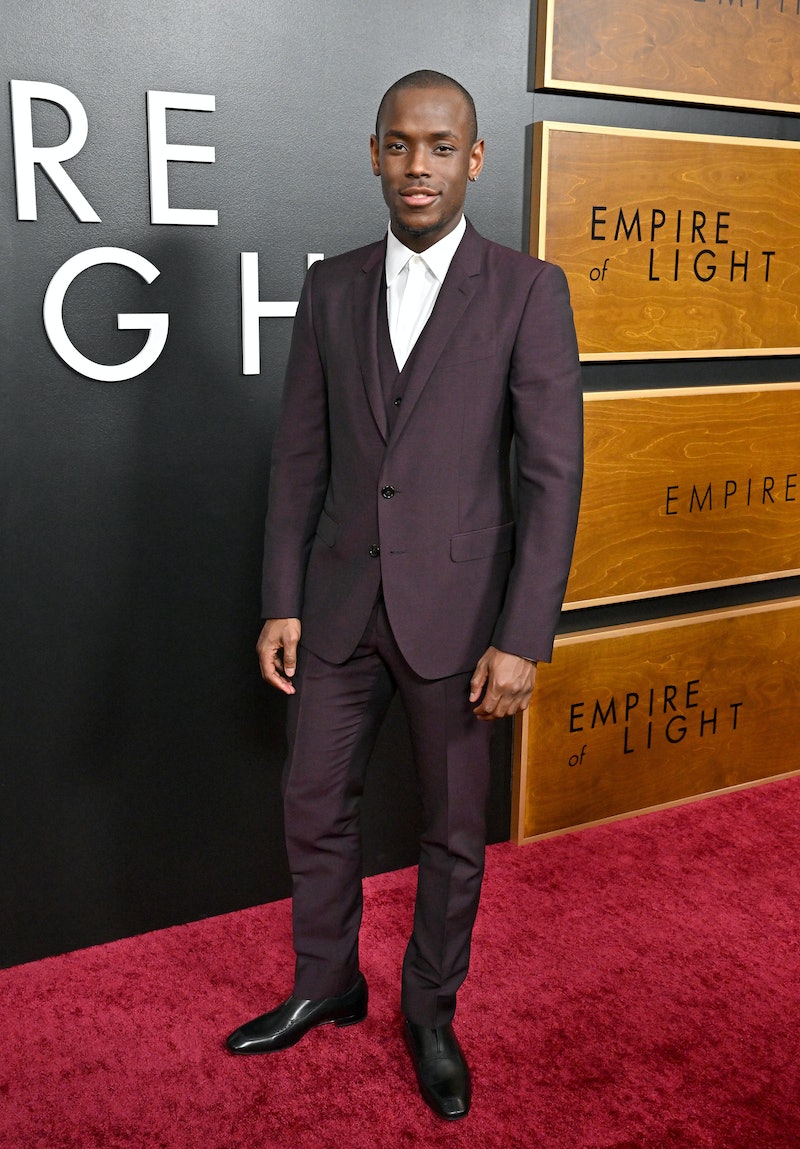 After rising to fame in Top Boy alongside huge talents such as Ashley Walters, Little Simz, Kano, and Jasmine Jobson, and bagging the BAFTA Rising Star award in 2020, Michael Ward has now conquered his first major big screen role. He stars opposite the legendary Olivia Colman in Empire Of Light, a Margate-based story, written and directed by Sam Mendes, which sees the pair playing two cinema workers who become romantically entangled.

As well as exploring racism and mental health, the film also focuses on the age-gap between the two fictional love interests; something which Colman found amusing on set. “There was one particular moment when I was astride Micheal in a compromising and slightly embarrassing situation and he said, ‘It's my mum's birthday today,’” she recounted, laughing, on the New Years Eve edition of The Graham Norton Show. “When he said she was 43, I was like, ‘OK, stop talking!’”

In regards to Ward’s off-camera life, it’s not publicly known if he’s dating anyone. However, he is open about having a tight-knit bond with his family, and as of Mar 2022 he lived at home with his mum and sisters in Romford with no plans to move out. “When the time is right, everything will kind of align. I’m not rushing anything man,” he said, speaking to Evening Standard. Growing up in a house with four women (Ward has three sisters) has directly fed into his acting talents, he told GQ. “I’m quite in tune with my emotions because of them,” he said. “I feel like that’s what allows me to be a good actor. I’m allowed to feel vulnerable.”

Ward’s father died when he was two years old, and the actor paid tribute to him while collecting his first ever BAFTA in 2020. “He was a lover, he loved my mum dearly,” he told Evening Standard. “Even with his brothers, he didn’t like them fighting and it just made me realise, if I know there’s anything I got from him it’s that heart.”

In the industry, meanwhile, he’s found plenty of trusted fellow actors, and views his Blue Story co-star Hope Ikpoku Jnr as a brother. “I’m thinking about the future when he’s grown up and how exciting it is to know that one day I could potentially make a film for my little bro, and he’s going to be leading it. I know he could go on to do a mad ting,” he said, before also shouting out Top Boy’s Kadeem Ramsay.

More like this
Joey Essex Is Rumoured To Be Dating A 'Love Island' Favourite
By Sam Ramsden
4 Surprising Celeb Throuples That Got The Internet Talking
By Sophie McEvoy
Gemma Atkinson & Gorka Márquez Are Strictly The Sweetest Couple
By El Hunt
Molly-Mae & Tommy Fury Revealed Their Baby Girl's "Really Unusual" Name
By Sophie McEvoy and Sam Ramsden
Get The Very Best Of Bustle/UK
Sign up for Bustle UK's twice-weekly newsletter, featuring the latest must-watch TV, moving personal stories, and expert advice on the hottest viral buys.