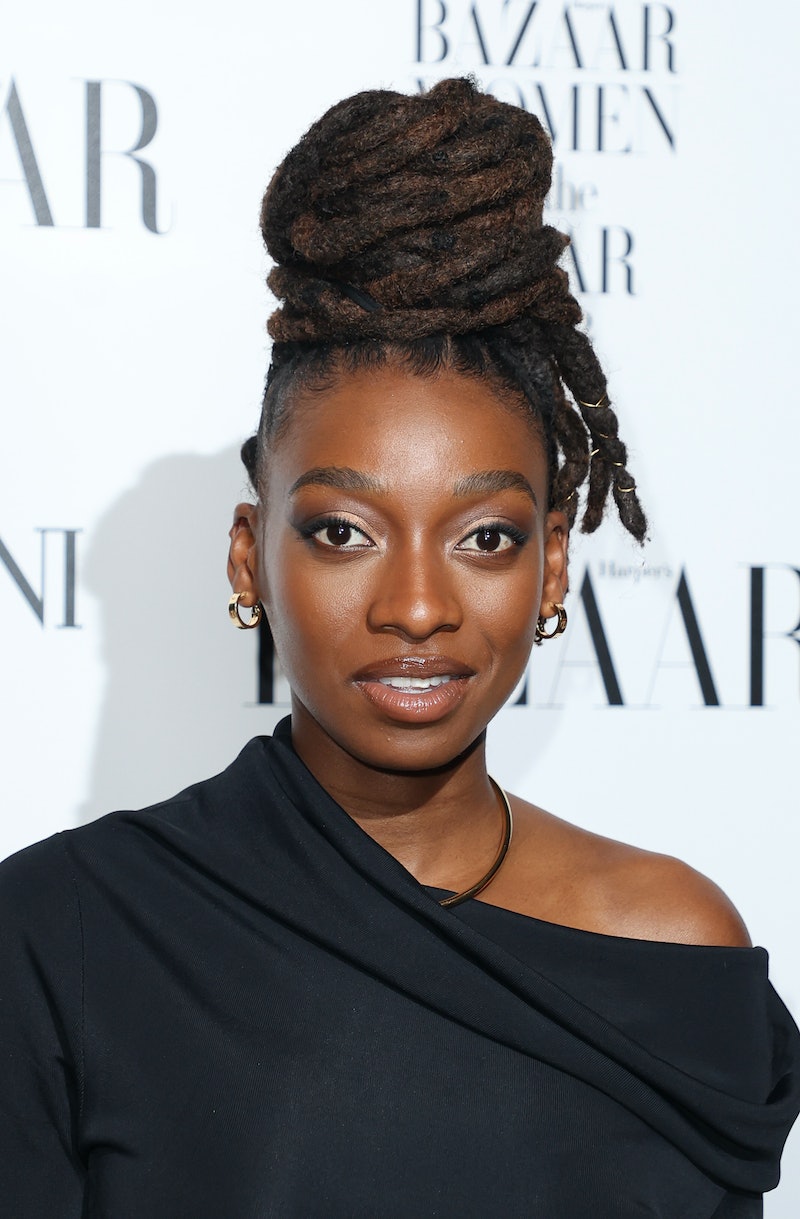 Little Simz surprised her fans on Dec. 6 when she announced her fifth studio album NO THANK YOU, and was released just six days later on Dec. 12. On the new album, the artist expanded her repertoire with 10 more songs, including the record's opening track “Angel.” Dedicated to her late friend and model Harry Uzoka, it's the second time Little Simz has produced a song about his legacy, following the 2019 song “Wounds” from her third album GREY Area.

Having previously spoken of the writing process of “Wounds” being a form of therapy, “Angel” solidifies Uzoka's role in the singer's life even in death. Uzoka died in 2018 after being stabbed in the heart by fellow model George Koh, who was convicted of Uzoka's murder in August of that year. “I remember waking up, Googling, trying to find out as many details as I could and going to the studio in bits,” the 28-year-old recalled to The Guardian. “I sat in the dark in tears and I didn't want to go on socials to see everyone posting 'RIP' – and because I didn't do that, I was able to write ‘Wounds’, and later, ‘Angels’.”

“Angel” paints Uzoka as a guiding light for Little Simz, helping her navigate the often stressful nature of being an independent artist. She also praises her long-time collaborator and producer Inflo on “Angel,” comparing their relationship to Martin Scorsese and Robert De Niro. “Our chemistry is just unmatched,” she shared in an interview with NME. “When you go into making an album with someone, there has to be a high level of trust because it's not going to be an easy ride.” In addition, Little Simz references Meghan Markle in the track, warning major labels and the music industry in general that she's not afraid to fight against its established conventions.

Read the lyrics for “Angel,” below.

How can I stand with the opps and not with the tribe?

They sell you a dream and then want you to glorify

Got a rude awakenin' by ignorin' up all the signs

Why did I give you the keys to authorise s**t on my behalf?

What did I expect from those livin' the corporate life?

Had to get my s**t together and get organised

If your hand's in my pockets, I'm callin' up all the guys

Though, I don't wanna be the reason of more divide

Guess that's in my nature of bein' a water sign

Nothing is makin' sense in my awkward mind

Give me your ears to lend me for the night

Shootin' in the dark, guess I never saw the light

Missin' opportunities, I wish I was that pressed

Yeah, I say that s**t with my damn chest

You need me and you feel the loss of my absence

The novelty wears oft after a few years

After a few tears from challengin' new fears

Learnin' everything I didn't on the come up

We was too busy makin' music till the sun up

Every day through the summer

Didn't learn the business and now I'm duckin' for cover

Might just leave a bad taste thinkin' I'm a sucker

Come up out my damn face, n**ga, did I stutter?

It's gon' be a sad case if you see my brothers

I can see how an artist can get tainted, frustrated

As long as you're cuttin' somebody's payslip

And sendin' their kids to private school in a spaceship

Yeah, I refuse to be on a slave ship

Give me all my masters and lower your wages

Huh, what I'm bringin' to the table is more than a feast for the belly of the beast

F**k the politics, I'm goin' Meghan on you neeks

I need the best seats in the house

When the truth unfolds, it's gonna be one hell of a scene

Harry listenin' from Heaven on repeat

He was backin' it when nobody believed

You can play the game, I don't see the need, no

I woke up and I prayed for a sign

God sent me you as an angel

The little thoughts that nobody knows

Hardest thing to do was stay strong

I knew I needed an angel

My Saturn return in effect

They want you give more, expect you to dream less

Got me confessin' all my secrets

You ain't the only one under deep stress

Please don't take my kindness for a weakness

Get G checked for your disrespect

Perception and observation is clinical

More headspace, I've been shavin' off my occipital

They say you can't hate who you don't love

And they say love is unconditional

I'm ready to do the unthinkable

F**k rules and everything that's traditional

Giving your heart to someone might just leave you in a somethin', somethin'

I woke up and I prayed for a sign

God sent me you as an angel

The little thoughts that nobody knows

Hardest thing to do was stay strong

I knew I needed an angel

How you go against the same system you were colonised by?

Havin' these conversations with self and nobody else

Thinkin' they don't understand my thinkin' when I socialise

I need a angel with me for armour

I know that all these blessings are karma

I need a fire lit by the seaside

Purest manuka up in my beehive

Give me a second and let the beat ride

Is there a golden key to the sweet life?

I don't know what's got into me

New woman, don't tell me I shouldn't just because you couldn't

They say, “Don't you give up too much of the truth to 'em”

Well, I got nine more songs in the boot for 'em

Figure this is the moment, I gotta speak now

Head high, back straight, feet down

Had to stand tall while they were tryin' to break me

And I say you will never infiltrate me

Dim my light? Are you crazy?

Stop tryin' to box me in, there's no way you can place me

Hit 'em with a classic then I got a little lazy

I got angels guidin' my steps, guardin' my life from now until death

Perspective is everything and I wonder what they see

Hurt people hurt people, I get it, but don't play me

My Saturn return in effect

So, please don't take my kindness for a weakness

'Cause I got angels