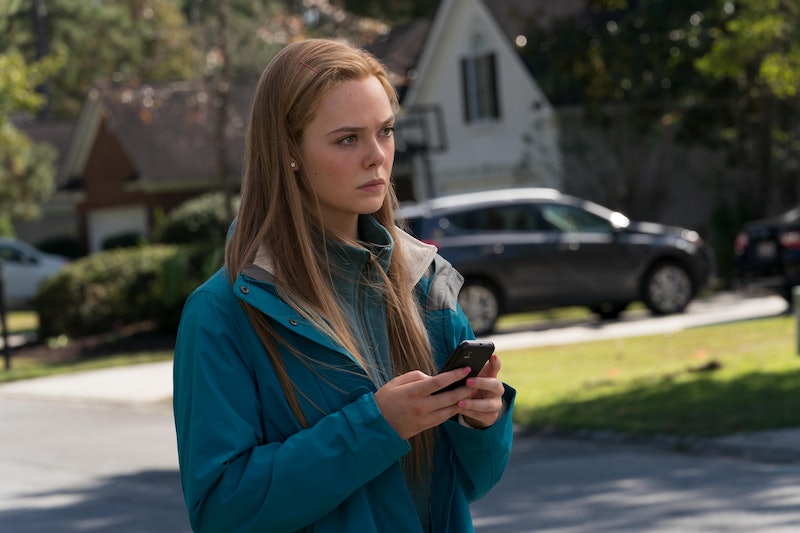 Hulu’s new limited series The Girl From Plainville dramatizes the tragic true story of Conrad Roy III, who died on July 12, 2014 in Fairhaven, Massachusetts. Though the case was initially ruled a suicide, then-17-year-old Michelle Carter was later charged with involuntary manslaughter after texts were discovered of her encouraging Roy to die by suicide for weeks. Carter was convicted in 2017 and sentenced to 15 months in county jail.

As reported by The New York Times, Carter and Roy met in 2012 while they were both vacationing in Florida. Though they lived only an hour apart from each other in Massachusetts, they rarely saw each other once they got back. But they developed an intense virtual relationship, texting constantly all day; Carter even called Roy her boyfriend, though he reportedly never returned the gesture. The two bonded over their shared mental health issues and social anxieties: Carter had an eating disorder, while Roy experienced depression and suicidal thoughts. Carter initially dissuaded Roy from suicide on multiple occasions, but the messages took a turn in June 2014. She began to conspire with him by text, encouraging different methods to plan his death. It’s unclear why her interactions with him shifted, but prosecutors argued it was because Carter thought she would gain popularity and sympathy as Roy’s “grieving girlfriend.”

Per Esquire, the text messages between Carter and Roy that were recovered by investigators filled 317 pages. In early June 2014, Carter went to the McLean Hospital in Belmont to be treated for anorexia. She texted Roy that he should also get professional help for his depression, as it "would be so good for you and we would get thru our issues together.” Roy didn’t respond, but three weeks later he told her that they “should be like Romeo and Juliet.” Carter wrote back that she’d “love to be [his] Juliet,” but said, “WE ARE NOT DYING. That's not funny.”

By June 29, the texts had taken a disturbing turn with zero explanation. Carter suggested different ways Roy could die by suicide, and assured him that if he died, his younger sister would “get over it” after “a week or two.” "Are you gonna leave a note for me?" she asked.

On July 3, Roy told Carter that he was going to go through with the plan. When he didn’t, Carter sent an angry text: "YOU KEEP PUSHING IT OFF!" She continued to give him ideas even as he expressed hesitation. "You better not be bullsh*tting me and saying you're gonna do this and then purposely get caught," Carter said. She also asked if she could call him her boyfriend after he died, and he agreed.

On July 12, Carter began texting friends that Roy was missing, even while she sent separate texts to Roy goading him to finally do it. Right before his death, Roy called Carter twice, and they spoke for over 40 minutes. No recording of the calls exist, but in a text to a friend that she sent two months after the fact, Carter appeared to confess that she could’ve saved Roy’s life. "I could have stopped him," the text read. "I was on the phone with him and ... I could of stopped him but I f*cking didn’t. All I had to say was I love you."

Ultimately, Carter waived her right to a jury. Judge Lawrence Moniz was torn on whether one could commit murder through words alone, but deemed the final phone calls as evidence of involuntary manslaughter. Carter was sentenced to two and a half years in prison, which was reduced to 15 months after an appeals process on Feb. 11, 2019. She was released from jail on Jan. 23, 2020.

More like this
Wait, Is Barney Stinson Related To Sophie On 'HIMYF'?
By Gretchen Smail
Everything To Know About 'Only Murders In The Building' Season 3
By Gretchen Smail and Kadin Burnett
A New Netflix Doc Will Explore The Unsolved Murder Of Jill Dando
By Sam Ramsden
'Bachelor' Star Cassie Randolph’s Sister Is In The 'Yellowstone' Spinoff '1923'
By Grace Wehniainen
Get Even More From Bustle — Sign Up For The Newsletter
From hair trends to relationship advice, our daily newsletter has everything you need to sound like a person who’s on TikTok, even if you aren’t.