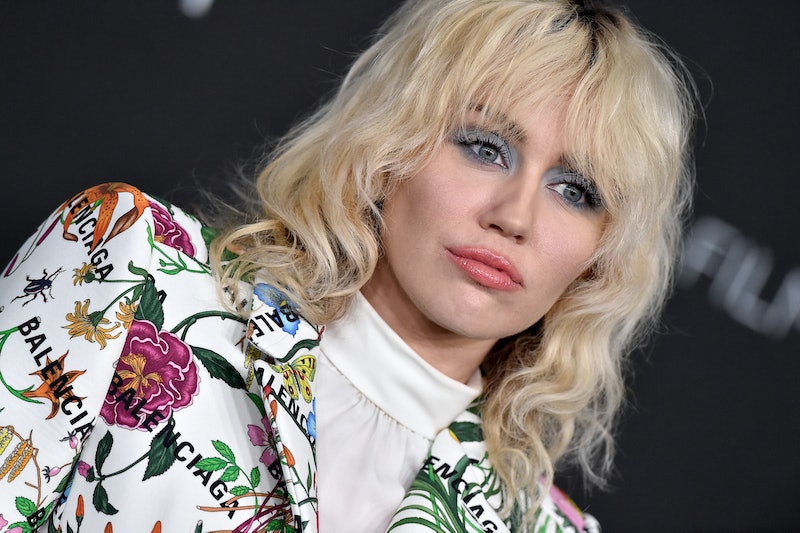 Miley Cyrus is safe after what turned out to be a very scary flight. While en route to Paraguay to perform at the 2022 Asuncionico music festival, the pop star’s plane was reportedly struck by lightning and had to make an emergency landing. Early on Wednesday, March 23, the “Prisoner” singer took to Instagram to explain what happened and reassured her 162 million followers that she’s OK.

“To my fans and everyone worried after hearing about my flight to Asunción. Our plane was caught in a major unexpected storm and struck by lighting,” Cyrus, 29, wrote alongside a video of the storm and a photo of the damage. “My crew, band, friends, and family who were all traveling with me are safe after an emergency landing. We were unfortunately unable to fly into Paraguay. 💔 I LOVE YOU.”

It wasn’t long before comments poured in from concerned friends and fans. “THANK GOD YOU ARE ALL SAFE,” designer Jeremy Scott wrote. Over 4,000 others echoed that sentiment. “I am so sorry to hear this but so grateful you’re well and safe,” one fan commented. “Please rest and use this time to recharge.” Another fan from Paraguay wrote they “truly understand” and are glad she’s OK.

Although she couldn’t make it to Paraguay, Cyrus performed in many cities across South America recently. “I’LL NEVER FORGET YOU BOGOTA!” she wrote on Instagram after her March 21 show in Colombia. She also shared photos and videos from her recent performances at Lollapalooza in Argentina and Chile on March 18 and 19.

After headlining Lollapalooza in Chile, the “Wrecking Ball” singer made headlines for referencing her one-time relationship with Nick Jonas, who she dated from 2006 to late 2007. While onstage, she pointed out several fan-made posters and read them to the crowd — including one that said “F*ck Nick Jonas.” “I didn’t say it! I didn’t say it,” she quickly clarified. “Just one of the other signs!”

When the night was over, the former Disney Channel star shared a clip of the hilarious moment on Instagram and reiterated that she never personally said anything negative about her ex. “Y’all said this sh*t not me,” she captioned the post. “Chile youuuu are WILD! Thank u!” The pop star is scheduled to wrap up her South American tour at Lollapalooza in Brazil on March 26.

More like this
Mollie King & Stuart Broad Have The Most Relatable Wedding Plans
By Sophie McEvoy
Kendall Jenner & Devin Booker Reportedly Broke Up After 2 Years Of Dating
By Jordyn Tilchen
Khloé Kardashian Is Reportedly Dating A Private Equity Investor She Met Through Kim
By Jordyn Tilchen
Rihanna Is America's Youngest Self-Made Woman Billionaire, According To 'Forbes'
By Hugh McIntyre
Get Even More From Bustle — Sign Up For The Newsletter