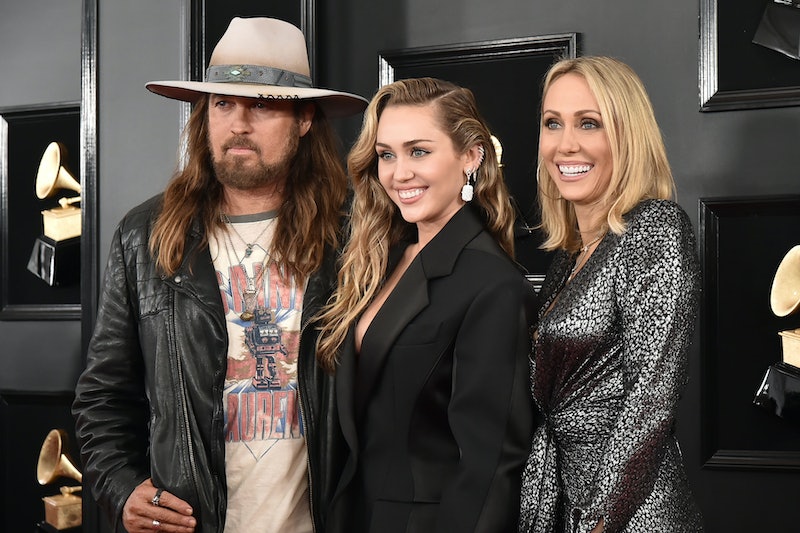 Fans of the Cyrus family are currently dealing with an “achy breaky heart.” Miley Cyrus’ mother Tish and father Billy Ray are divorcing after nearly 30 years of marriage. According to court documents obtained by TMZ, Tish filed for divorce on April 6 in their home state of Tennessee, citing “irreconcilable differences” and stating that they hadn’t lived together for more than two years.

The pair confirmed they were “going our separate ways” in a joint statement to PEOPLE. “We have grown up together, raised a family we can be so proud of, and it is now time to create our own paths,” they said. “We will always be family and look forward to a continued and loving shared experience as friends and parents. We have not come to this decision lightly or quickly but with so much going on in the world, we wanted to provide some clarity and closure, so we can remain focused on what is important.”

The country singer married Tish, who has gone on to become Miley’s manager, in 1993, in the same living room where Miley would go on to marry Liam Hemsworth in 2018 (the latter couple separated eight months later). They share five kids together, including 29-year-old Miley, 27-year-old son Braison, and 22-year-old daughter Noah, plus Tish’s kids from a previous relationship, 34-year-old daughter Brandi and 33-year-old son Trace. None of them have yet to comment.

This marks the third time that Tish and Billy Ray have gone their separate ways over the years. The “Old Town Road” collaborator first filed for divorce in 2010, saying in a statement that they were “trying to work through some personal matters” before eventually reconciling. In 2013, Tish filed for divorce before withdrawing the petition a month later. “We both woke up and realized we love each other and decided we want to stay together,” she told Entertainment Tonight at the time. “We both went into couples therapy, something we haven’t done in 22 years of being together, and it’s brought us closer together and really opened up our communication in amazing ways.”

In a 2017 interview with Bravo, Tish admitted that her marriage was hard work but worth the effort to keep their family together. “I think it’s a lot of dedication and communication, which I’m not very good at,” she said. “Our family is everything to me, my kids, and I’m proud of the family and the relationship and how hard we’ve worked. We’ve publicly gone through stuff and made it work. And I’m so glad that we did, ’cause our family so strong and so amazing. I’m blessed.”

More like this
Twitter Is Roasting Liam Hemsworth Thanks To Miley Cyrus' New Song “Flowers”
By Jake Viswanath
5 Wild Theories About Miley Cyrus’ “Flowers” Music Video
By Jake Viswanath
Hilary Duff's Husband Matthew Koma Has Her Name Tattooed On His Butt
By Jake Viswanath and Stephanie Downs
Britney Spears Shares & Deletes Photos Of Justin Timberlake From 22 Years Ago
By Jake Viswanath
Get Even More From Bustle — Sign Up For The Newsletter
From hair trends to relationship advice, our daily newsletter has everything you need to sound like a person who’s on TikTok, even if you aren’t.