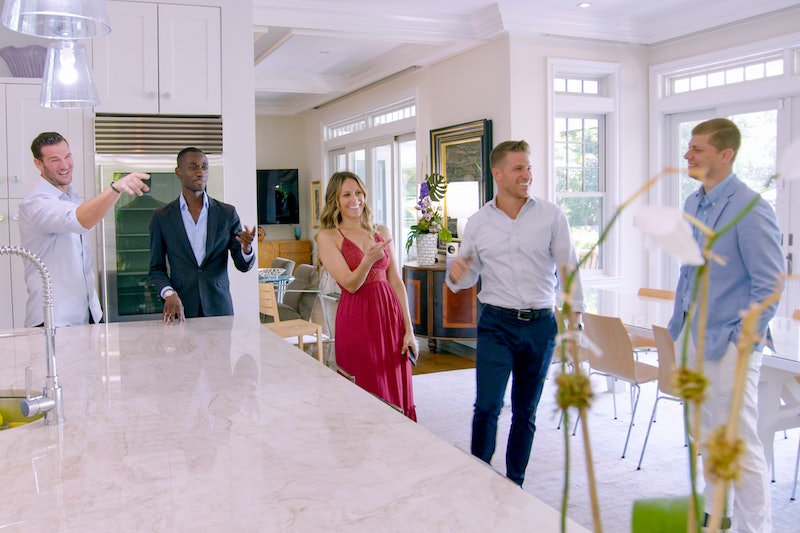 In case you didn't already feel bad enough about your current economic situation, Netflix's Million Dollar Beach House is here to remind you of all the multimillion dollar homes you'll never be able to afford. And if Million Dollar Beach House returns for Season 2, the show will undoubtedly feature even more gorgeous, unattainable Hamptons mansions to pine after on your Pinterest board — assuming America doesn't collapse before then.

Real estate reality series about wildly expensive houses are nothing new. Lifestyles of the Rich and the Famous debuted during the "greed is good" era of the 1980s and lasted over a decade, with host Robin Leach routinely offering viewers "champagne wishes and caviar dreams" as they watched from their more modest homes. Newer series have been less focused on celebrity lifestyles and more on the glamorous, cutthroat realtors who sell luxury homes to the 1% on shows like Bravo's Million Dollar Listing and Netflix's Selling Sunset. This is where Million Dollar Beach House fits in. The series, which debuted on Netflix on Aug. 26, takes place in the Hamptons, the ultra-exclusive beachfront collection of villages in Long Island, New York, and follows five young agents from a real estate company called Nest Seekers: J.B., Noel, Peggy, Michael, and James.

So far, Netflix hasn't announced any Season 2 plans, but the Million Dollar Beach House cast has already started looking ahead. In an interview with Us Weekly, J.B. said that he may reveal more about his personal life in a potential second season. "The most important thing to me is my family. If I’m not working, that’s who I’m with, so I think for Season 2, if you want to get to know me a little bit more, I’ll have to bring in my brother and sister, my mom and dad and possibly even my girlfriend," he said.

Noel has also spoken recently about the possibility of a second season. "There is (a plan for more than one season)," Noel told Worth. "I hope this goes 10 seasons, but we are already looking at (filming) a Season 2, potentially, in September, October, which would come out maybe early next year."

Now we just have to wait for an official word from Netflix.