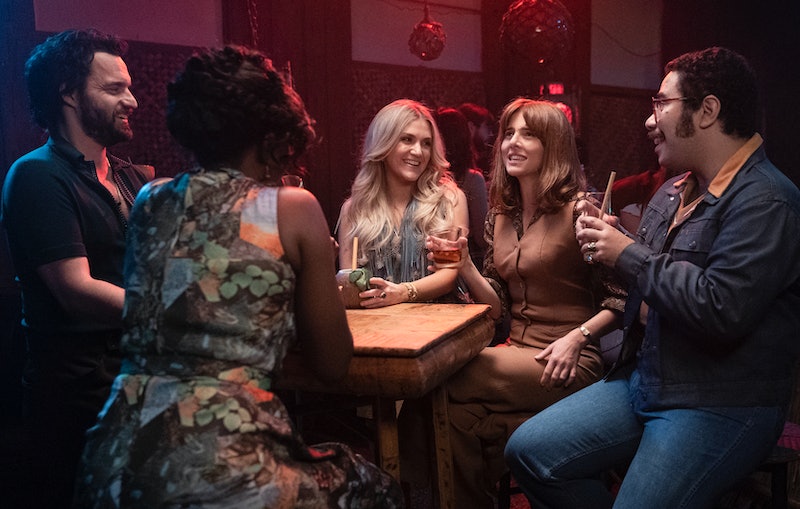 When creator Ellen Rapoport pitched Minx to producer Paul Feig, he knew they had a hit on their hands. “When Ellen brought this pitch in, the minute I heard it, I was like, ‘We have to do this,’” Feig told Collider. “It’s shocking, but it’s funny. The characters she pitched were amazing, and I love that this is based loosely on a true story.”

HBO has yet to announce if there will indeed be a Minx Season 2, but the series debuted to critical acclaim. Indiewire noted that Minx “refuses to fit into a preset box,” and Hollywood Reporter wrote that the show has limitations but its “snappy writing” makes it a “joy to watch.” Vulture agreed that the show has “good ideas [and] potentially great execution,” though found Joyce’s hang-ups about female desire a “tiresome” plot point that hopefully gets smoothed out in future seasons.

If they’re given the green light for Season 2, Feig said Rapoport certainly has the blueprint for more. “When you set up a show and you go in and pitch it, you have to be able to pitch up to Season 3 and Season 4,” he told Collider. “Not in great detail, but ... we definitely know where it’s going.”

Looking forward to Season 2 and beyond, Rapoport told Slashfilm she “would love for [Minx] to go into the ’80s.” “I think what happened was so interesting, how the whole country took a real conservative shift with Reagan being elected president and how the feminist movement really splintered in two with the pro-pornography and the anti-porn feminists,” she explained. “I’d also love for them to go corporate and move to New York, sell Minx to a big conglomerate.” She jokingly added that if she had her way, Minx would go for “12 seasons.”

Here’s everything else we know so far about a potential Season 2.

If we look at other HBO half-hour comedy shows like Barry and Silicon Valley, they typically take a year in between seasons. That means the earliest we can expect a second season of Minx is likely March 2023.

A second season would almost definitely have Ophelia Lovibond as Joyce and Jake Johnson as Doug. “In a way, they’re kind of two halves of the same whole,” Rapoport told Script Mag. “They both have the thing that you need to be a successful human I think, in the world of commerce. I think that she has passion and ideals and a real drive to change things. And I think he is just relentlessly practical.”

We can also expect the Minx staff to return, including Jessica Lowe as Bambi, Oscar Montoya as Richie, Lennon Parham as Shelly, and Idara Victor as Tina. “It’s such a deep bench [of actors],” Feig told Collider, adding that going forward, he’d “love to see each one of them have their own story.”

This post will be updated as more details on Minx Season 2 are released.