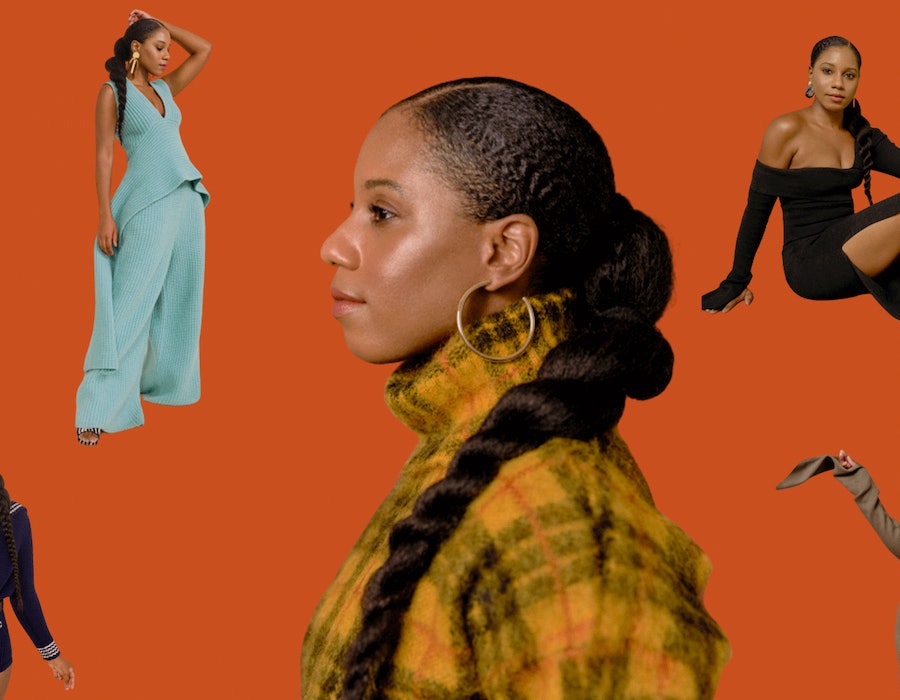 Fashion blogger and social media expert Monroe Steele is one of those people you could describe as "doing it all." She vlogs, she travels, she curates incredibly stylish, trendy looks and shows her followers how to do the same.

Steele has been in the fashion and influencing game for over 10 years, and her motivations for getting into it are really quite simple.

"I want [fashion] to be acceptable to anyone who wants to pursue it," she says. "I do that, because no one did that for me. I don't want it to be like, hush-hush, I'm not going to tell anyone how I did this. I would like to open the door and let all the secrets out. I think the more people that can be part of this industry, the better."

And that's really what she does exceptionally well: give high fashion a point of view that’s relatable, approachable, and attainable for anyone who wants to try.

"I try to make it editorial but also attainable — not anything you can't find anywhere. And it's affordable."

She also stays loyal to her favorite brands, the ones that are doing things right.

"Tibi is one of my favorite brands of all time," Steele says. "Amy Smilovic is just such a sweetheart. What I love about her, is that she doesn't keep her knowledge to herself. She really is just giving that [style] information away for free. I feel like she's doing it right — she also hires a lot of women of color, and I like that."

Bustle caught up with Steele as she showed off fall trends as part of its Sit and Snap series. She shared how she built a social media brand focused at giving resources to those who want to follow in her footsteps and what style has taught her about being true to herself. Check out the video above.