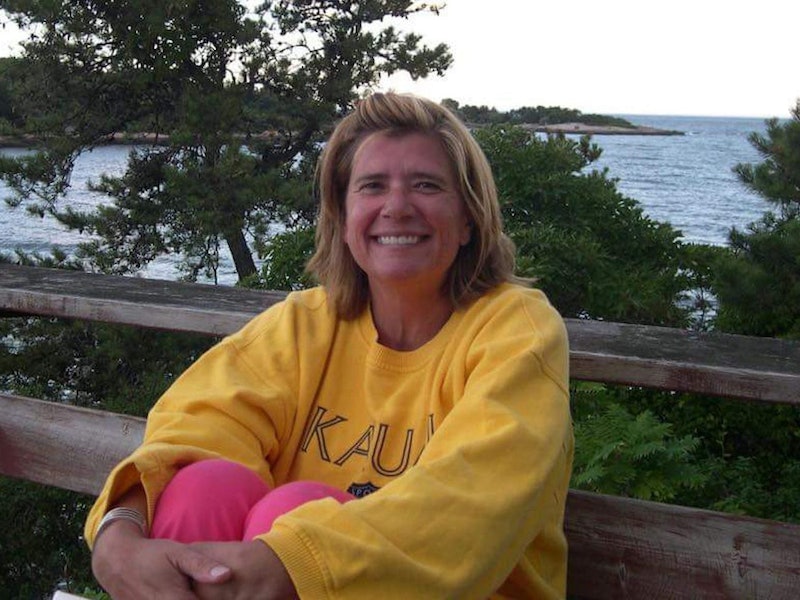 The HBO series Murder on Middle Beach has captivated audiences everywhere as filmmaker Madison Hamburg attempts to uncover the truth about what happened to his mother so many years ago. And as the docuseries comes to a close there are a growing number of theories about Barbara Hamburg's death. But first here are the facts: According to the doc, Barbara Hamburg was a 48-year-old single mother who was bludgeoned and stabbed to death in the front yard of her Madison, CT home on the morning of March 3, 2010. Her body was discovered by her sister, Conway Beach, who visited the home with Hamburg's teenage daughter Ali Hamburg after picking her up from school. The police were called, the crime scene was evaluated, and even some DNA was collected. But to date, no one has ever been charged with Barbara's murder.

Because of the case's mysterious nature, the Internet is full of theories pondering who killed Barbara Hamburg. Here are the most notable suspects.

The first theory the documentary presents is that Barbara Hamburg was killed by her ex-husband, Jeffrey Hamburg. The two had gone through a rough divorce and were not on good terms at the time of Barbara's death. According to the doc, Jeffrey allegedly owed Barbara and their two children hundreds of thousands of dollars, and the two were due to appear in court together on the day Barbara was murdered to sort it out. Seeking a way out of making those payments — or seeing the inside of a jail cell — could allegedly have been a motive for Jeffrey to kill Barbara. Jeffrey was eventually arrested for failing to make those payments in 2012, and as of 2018 he was still fighting in the courts to avoid paying.

Jeffrey appears in Murder on Middle Beach where he repeatedly refuses to talk about Barbara's murder and insists that his ex-wife had dark secrets that he can't discuss. He never forcefully denies killing Barbara in the series. However, Jeffrey did have a very solid alibi of being in court at the time of Barbara's murder, which seems to make it physically impossible for him to have committed the crime personally. DNA found at the scene of the crime also did not match his own.

Barbara's sister had a rocky relationship with her sibling. In the doc, she admitted to having tried to hire a hitman to kill Barbara years prior over a custody battle involving her son, but the two were later able to make up. Beach had also moved in with Barbara prior to the murder while she was recovering from brain surgery, and the documentary alleges that Barbara wanted her to move out. The series makes other allegations relating to Beach and her sister's involvement in a pyramid scheme known as the Gifting Tables. Beach claims to have been accused of being jealous of her sister's success, but denies it in the docuseries. Beach was also accused of threatening an anonymous member of the Gifting Tables by leaving dead animals in her yard. Beach denies this, too. It was Beach who discovered Barbara's body on the morning of the murder, but claims she was cleaning out the basement of a 90-year-old neighbor at the time of the murder. There are no corroborating witnesses for this alibi, according to the doc.

Barbara's daughter was a teenager in 2010, and was with Beach when Barbara's body was discovered. Both Ali's father, Jeffrey, and Beach accuse Ali of hating her mother in the documentary, which Ali denies. Beach also alleges that Ali killed Barbara, claiming that the then-high schooler acted bizarrely at the scene of the murder by declaring it a crime scene before any evidence of a crime was observed. Beach theorizes that Barbara was killed by Ali while on her way out of the house, rather than after returning home from dropping Ali off at school as the investigation suggests. However, later in the documentary, director Madison Hamburg — Barbara's son and Ali's brother — obtains school records that corroborate Ali's alibi of being at school at the time of the murder. Upon hearing this new information, Beach alters her opinion of Ali as the murderer.

One of two masterminds to be jailed for their roles in the Gifting Tables, was Hamburg's aunt Jill Platt. It was she who recruited Barbara into the tables, but the latter's ambition eventually caused problems for Platt. According to the doc, Platt believed Barbara was inviting too many unqualified people into the scheme, thinking that these peoples' lack of funds would lead the tables to collapse. Platt also cut off her relationship with Barbara, and drew hard lines on what areas were Barbara's Gifting Tables "territory" for recruitment and which were Platt's. Platt was eventually arrested on various fraud charges related to the Gifting Tables in 2012, and she served 30 months in federal prison, according to the New Haven Register. In the series, she denies killing Barbara while showing little to no remorse for her past crimes.

It's unknown just how many people Barbara had under her at the Gifting Tables, but she was accused of recruiting members from her AA group. As the pyramid scheme required a $5,000 "gift" to join, the thinking goes that Barbara could have recruited someone to the tables who couldn't actually afford to make such a payment. Once this financially-strapped individual realized she couldn't get her money back, the individual — or perhaps the individual's angered husband, as Beach claims to have seen a masked man prowling through Barbara's yard the day before the murder — opted to take out their frustrations on Barbara in a violent manner. It's also worth noting that at the time of Barbara's murder, she was set to receive $40,000 from her latest table, as the doc alleges.

Arguably the most popular theory on Reddit suggests that Jeffrey Hamburg hired someone to kill his ex-wife. The theorists point out that Jeffrey had the most obvious motive while also having an alibi that was almost too perfect. This theory does seem to make a lot of sense, except when you consider how Barbara was murdered. Barbara was killed very violently, likely with a hammer, and detectives have called it a crime of passion and theorize that the killer knew Barbara and had a personal stake in the murder. A hired killer just wouldn't fit that description.

We still don't know who killed Barbara Hamburg, but with the renewed attention paid to the case thanks to Murder on Middle Beach, we could one day find out.