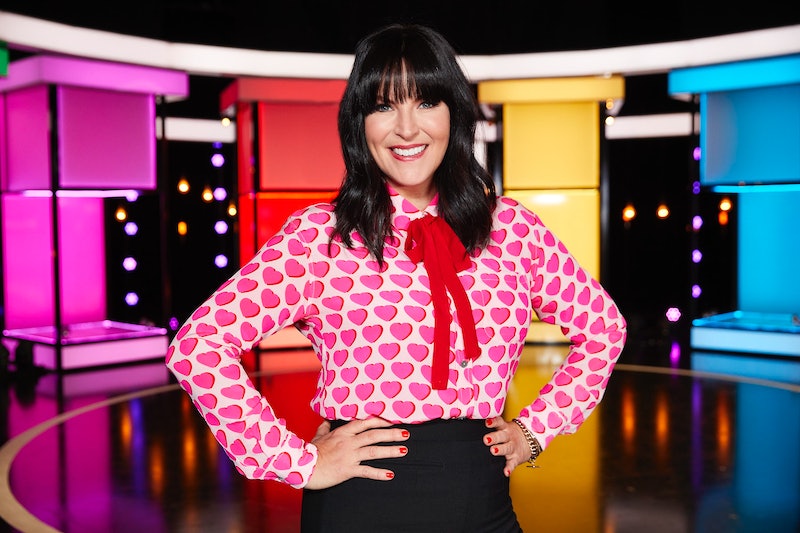 Channel 4's Naked Reaction may not be everyone's cup of tea, but considering it keeps coming back season after season, the producers must be doing something right. But, for true stans of the show who marathon the whole series, you may be on the hunt for more naked reality TV shows to fill the void.

So, let's just do a quick re-cap about the premise of Naked Attraction, a show that's managed to amass something of a cult following. The show sees people standing in different coloured booths and being revealed body part by body part and judged on their... appendages by a potential suitor. Now that's what I call a dating show for millennials. It's like sending nudes, but IRL. Is it a cheap thrill? Maybe. But we all secretly love it, and here are some other reality TV shows you might find equally fascinating...

So, if you want a bit of nude reality right now, why not head over to Netflix, where you can watch three seasons of Skin Wars? Using a human body as a canvas? Well, that's certainly one way to get people interested in art — am I right? This show, hosted by Rebecca Romijn, sees the best body artists in the business getting together in Hollywood to complete for a $100,000 prize.

Taking us back to more primitive times, when you didn't have a pair of yoga pants, iron clad sports bra, boots, and a breathable fleece to get you through your-off road adventure, Discovery's Naked and Afraid is all kinds of entertaining. I mean, come on, a load of people completely naked with their bits pixellated while running through the wild, trying to survive? Sounds like TV gold to me.

Back in 2009, my favourite outrageous showsmith (like a blacksmith, but more fun) Channel 4 produced a series called Naked Office. The concept of the show was, yep, being naked in the office. Apparently, business psychologist David Taylor theorised that "naked Fridays" at work would boost morale.

OK, what? I feel like when I worked in an office, even the idea of leaving my 60 denier opaque tights at home would have made me self-conscious.

Anyhow, Taylor managed to persuade the staff into doing it and the outcome was largely positive. You can watch episodes on YouTube now.

Of course, our chums Stateside have offered some major league naked reality shows too. Arguably, VH1's Dating Naked was the first of the dating-in-the-nip-style romance shows. It saw hopefuls brought together in a totally tropical environment, trying to find that romantic love minus any pesky old clothes. Despite being popular, it didn't make it past three seasons.

TLC's Buying Naked was a series about realtors who specialised in finding homes for nudists. Sadly the show didn't make it across the pond, which IMO is an utter travesty. Well-placed folders and ornaments made this show a, like, low-key masterpiece of cinematography. Those two owls though:

As well as Buying Naked, the clever guys over at TLC also bought us Undressed. Good god, where do I start?

So, the idea for this show came from an Italian production, according to Digital Spy. In it, two perfect strangers meet each other, take their clothes off, lie in a bed, and ask super personal questions.

If they like each other, they're encouraged to act on it, meaning not only snogs and cuddles but also more lascivious behaviour like oiled up massages.

OK, so unless you speak German, this show probably won't be for you. However, as a concept, I feel like it might well hit our shores in the near future. LadBible reports that the English translation of the show's name is Adam Searches For Eve. So it's a bit like Love Island, but they're all in the nip all the time.

The pull for TV shows with a bit of a nudity is undeniable. With no sign of this genre going anywhere, here's hoping more UK offerings will be hitting our screens soon.