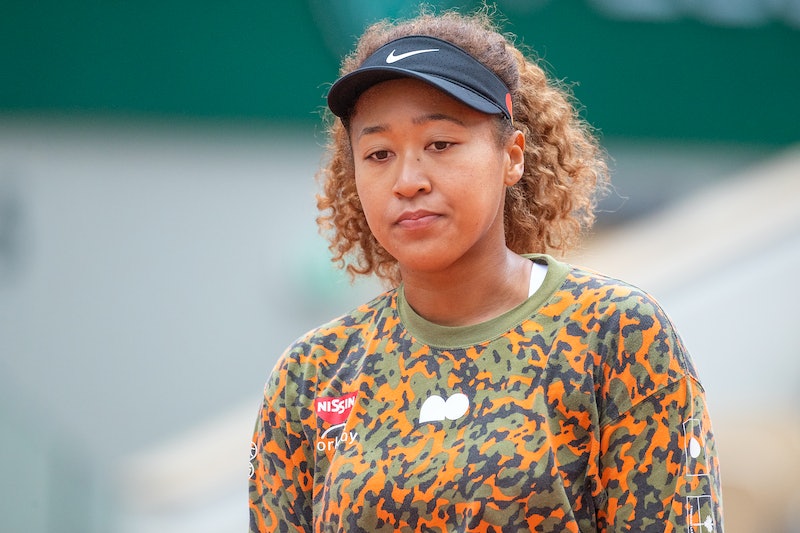 Naomi Osaka’s struggle with the press continues. On Monday, Aug. 16, the 23-year-old tennis champion reportedly broke down in tears when a member of the media asked her an “aggressively toned question” at the Western & Southern Open in Ohio. According to E!, tennis reporter Ben Rothenberg said that things went downhill when the athlete was asked “how she can benefit from the high-media profile but doesn’t like talking to the media.” The question was clearly triggering for Osaka, who reportedly “wiped away tears with her jacket sleeve” before taking a break.

Osaka ultimately returned to finish the press conference, but according to Rothenberg, the reporter’s question totally derailed the interview — especially “after Naomi had already spoken in an earlier answer about how that’s what she finds difficult in press conferences.” The tennis star’s agent, Stuart Duguid, called out the reporter’s “appalling behavior” in a statement after the press conference. “The bully at the Cincinnati Enquirer is the epitome of why player/media relations are so fraught right now,” he said, adding that everyone on the call would “agree that his tone was all wrong and his sole purpose was to intimidate.”

It wasn’t just the reporter’s tone that Duguid took issue with; it was also the question. The agent went on to slam the reporter for suggesting that Osaka owes her success to the media rather than her tennis skills. “This insinuation that Naomi owes her off-court success to the media is a myth,” he continued. “Don’t be so self-indulgent.” All of this, of course, comes just a few months after Osaka quit the French Open after being fined $15,000 for refusing to speak to the press.

Osaka, who is currently ranked the No. 2 player in the world, first announced that she wouldn’t be doing interviews on May 26. “I’m writing this to say I’m not going to do any press during Roland Garros,” she wrote on Instagram at the time. “I’ve often felt that people have no regard for athletes mental health and this rings very true whenever I see a press conference or partake in one.” And after the tournament announced that Osaka would be fined for failing to attend a mandatory press conference, she withdrew from the event altogether.

“Hey everyone, this isn’t a situation I ever imagined or intended when I posted a few days ago,” the tennis star wrote on social media on Monday, May 31. “I think now the best thing for the tournament, the other players and my well-being is that I withdraw so that everyone can get back to focusing on the tennis going on in Paris.” She proceeded to explain that although the timing of withdrawal wasn’t ideal, she would “never trivialize mental health.” She also said that she has “suffered long bouts of depression” since 2018 and has had “a really hard time coping with that.”

Osaka closed out her letter by announcing that she would be taking time away from the sport. “I’m gonna take some time away from the court now, but when the time is right I really want to work with the Tour to discuss ways we can make things better for the players, press and fans,” she wrote. and although she didn’t participate in major tennis events after pulling out of the French Open, she did ultimately return for this summer’s Tokyo Olympics.