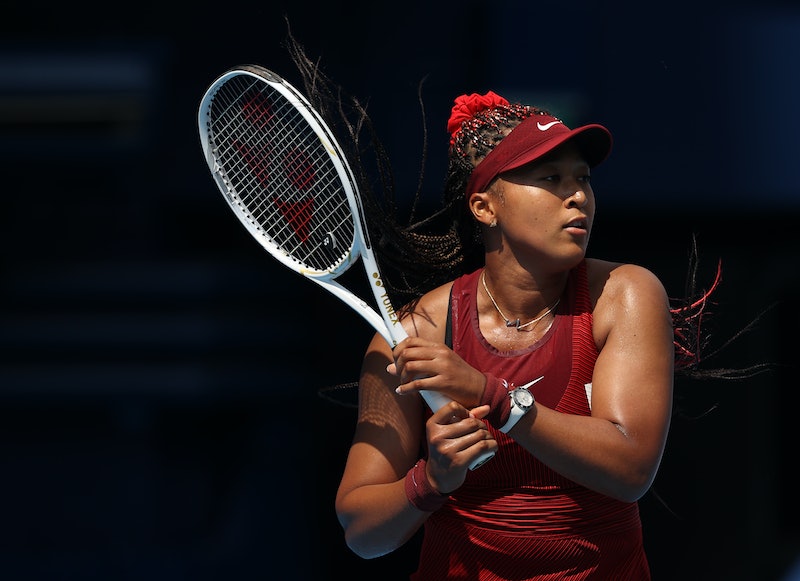 Nearly two months after taking a hiatus to prioritize her mental health, Naomi Osaka won her first tennis match at the Tokyo Olympics, saying she feels “refreshed” and “happy again” in a brief courtside interview with reporters after the July 25 victory. Osaka defeated Zheng Saisai of China 6-1, 6-4 in her return. Afterward, the tennis star stopped to briefly talk with reporters, taking four questions, two from English-speaking reporters and two from Japanese-speaking reporters, according to the Washington Post.

In May, Osaka announced prior to her first round at the French Open that she wouldn’t participate in the post-match press conferences, saying the requirement negatively impacted both athletic performance and mental well-being. As expected, she skipped her media obligations after winning on May 30, and was then fined $15,000 by the Grand Slam tournaments. They threatened further sanctions if she continued to forgo press conferences, including default from the tournament, which prompted Osaka to voluntarily withdraw and take a break from competing altogether. The tennis champion announced her decision to sit out Wimbledon in June.

After her win in Tokyo, reporters asked Osaka how she felt being back among the press after the past two months, and the tennis star replied by saying, “Honestly, I don’t feel that weird about it.” She also said that she was “happy that I guess you guys are asking me questions” and “more than anything, I was just focused on playing tennis.”

She further opened up about her current mindset and what the Tokyo Games mean to her. “The Olympics has been a dream of mine since I was a kid, so I feel like the break that I took was very needed,” the athlete continued. “I feel definitely a little bit refreshed, and I’m happy again.”

Osaka, who was born in Japan and is the daughter of a Japanese mother and Haitian father, lit the Olympic Cauldron at the end of the opening ceremony on July 23. “I think when I lit the flame, I was super honored,” she told reporters on July 25. “You know, that’s a position that you dream about, and not anyone can do it. ... I was very surprised but very honored and I’m just happy to be here and happy to play, especially in Tokyo.”

In June, the four-time Grand Slam champion shared a heartfelt message for fans on social media about her withdrawal from the French Open, saying that leaving would be “the best thing for the tournament, the other players, and [her] well-being.” She wrote candidly about experiencing “long bouts of depression” and how being introverted made participating in tournaments more stressful. She told fans that the break would be for self-care and that in the future she would “work with the Tour to discuss ways to make things better for players, press, and fans.”

The No. 2 ranked player’s break from competition and press circuit seems to have allowed her to return to the court with appropriate focus. Osaka’s first match began with an ace serve and she won the opening set in 35 minutes, per the Washington Post. In spite of her win, the tennis champion told reporters she “felt really nervous, like, I haven’t played since France” and that there were “definitely things” she hopes to improve upon as the competition moves forward.

The tennis star’s next match will be against the 50th-ranked Victorija Golubic of Switzerland.