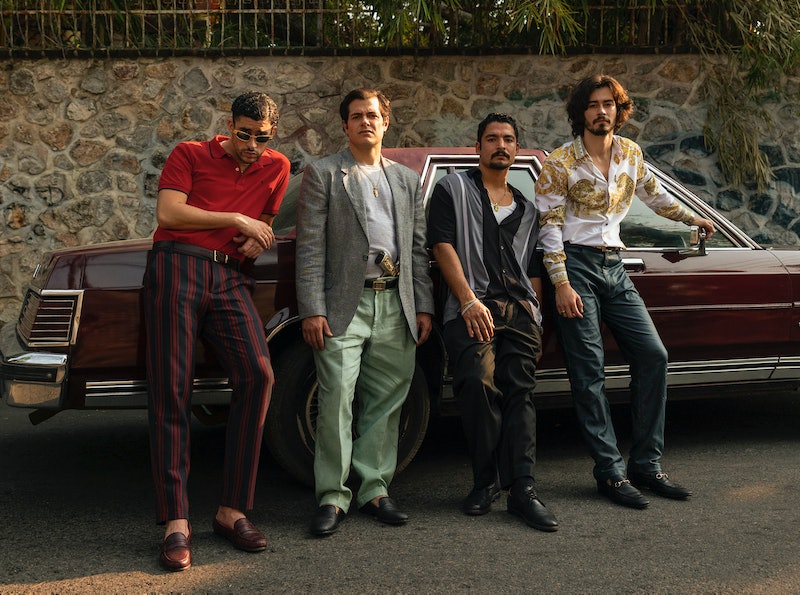 Narcos: Mexico will return for one third and final season. Titled “The Final Blow,” Season 3 of the Netflix crime drama will premiere on Nov. 5. And it will feature some key changes that set it apart from previous seasons.

At the end of Season 2, drug cartel leader Félix Gallardo was sentenced to prison for his many crimes. The star of the show, Diego Luna (Gallardo), is not expected to return for Season 3, as he’s busy filming for Disney+’s Star Wars: Rogue One series. Eric Newman is also stepping back after five seasons as a showrunner, and will be succeeded by series co-creator Carlo Bernard. (Newman will continue to executive produce.)

Here’s everything else to know about the final season.

The final season will feature an exciting new guest star who’s been a longtime fan of the show: Benito Antonio Martínez Ocasio, aka Bad Bunny. He’ll appear as Arturo “Kitty” Paez, a rich kid turned hitman and a member of the “Narco Juniors,” a group of upper-society kids who fall in love with the violent cartel life.

"I loved the original Narcos, so when they announced Narcos: Mexico, I was sold; I'm honored to be a part of the show," Bad Bunny told Entertainment Weekly. "Kitty is a charismatic guy who loved looking fresh. He likes nice things, and I can really relate to that!"

Season 3 will explore the aftermath of Gallardo going to prison, which means more gang wars and a younger generation of cartel members rising up. Per Netflix, the season will be set in the 1990s, when the drug business really globalized.

Narcos: Mexico is based on real events, and Season 3 will likely delve into a number of real cartel leaders. The first season kicked off in Mexico, introducing the Guadalajara Cartel and showing how Gallardo unified several cartels under one banner. Season 2 followed Operation Leyenda, which the DEA launched in the wake of DEA agent Kiki Camarena’s death. In real life, this operation marked a turning point for the fight against drug trafficking in Mexico. Per the BBC, the operation broke up the Guadalajara Cartel into splinter groups, with one of them becoming the Sinaloa cartel led by a former protege of Gallardo, Joaquin "El Chapo" Guzman (played by Alejandro Edda in the series).

A third season could easily explore Guzman's rise to power, along with the story of the younger band of criminals. Regardless of where the story goes, it will always center on how the U.S. government struggled to address the ever-mutating problem of drug trafficking in Mexico and how that’s reverberated into the present day.

The trailer introduces another major change for the series: Season 3 will feature Luisa Rubino as the franchise's first female narrator. “My country was at war — a war that could change Mexico and drug-trafficking forever,” she says in the trailer.

Though Season 3 takes place after Gallardo’s imprisonment, there’s a "more violent and chaotic world" that still exists in Mexico, Bernard told Entertainment Weekly. "We tried to design something that captured the sprawling, ongoing nature of the phenomenon and tragedy of the drug business, but also told a satisfying and complete story."