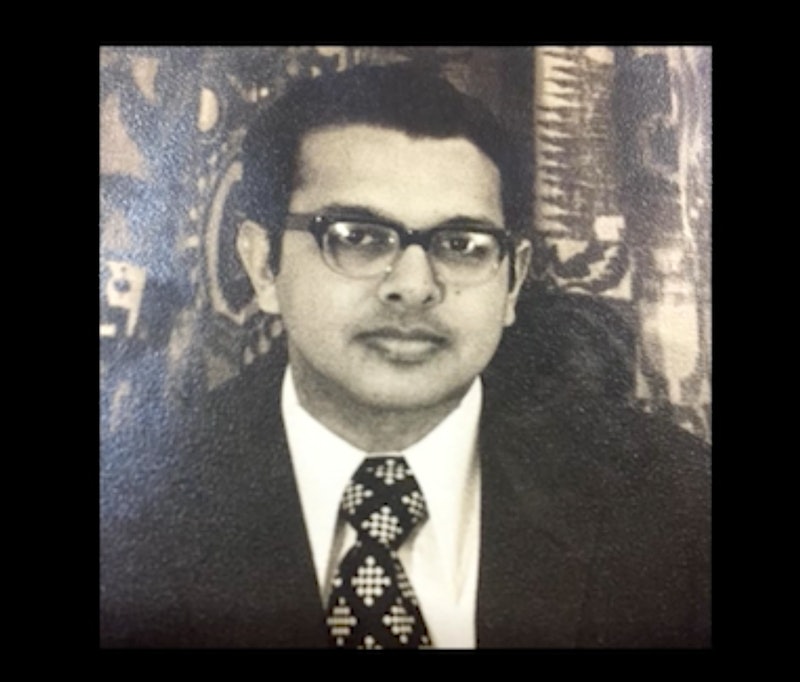 Spoilers for This Is Us Season 5, Episode 8 ahead. It's not unusual for This Is Us to introduce random characters, but the inclusion of Nasir and Esther Ahmed on This Is Us was a little different. They don't directly relate to the Pearsons' storyline and we probably won't see them again. But Nasir Ahmed specifically played a big role in helping the Pearsons communicate via video chat so they could introduce Kevin and Madison's twins and Toby and Kate's daughter Hailey to the rest of the family on FaceTime. In fact, Nasir is the reason that any of us could chat with our loved ones or have remote meetings over this past year.

As explained in the show, Nasir led a research team that developed the Discrete Cosine Transform (DCT) in the '70s. His work is why we have today's photo and video sharing technology. According to the College of Graduates in Economic Sciences of Tucumán (CGCET), Nasir is credited as the inventor of the .jpg file format for photos. And per the book The Order of the Crest, which chronicled students who attended the Bishop Cotton Boys' School, Nasir's work on the DCT is not only how we can have Zoom meetings and FaceTime calls, but is also partly responsible for the creation of DVDs, digital cameras, high-def TVs, and the capability to send pictures online.

Here's Esther and Nasir video-chatting with the This Is Us team as seen in this episode.

In the episode, viewers saw the beginnings of Nasir's research as he explained his video call idea to his wife Esther. The series doesn't show much about her own professional life, but she's pretty impressive in her own right. According to the CGCET, Esther has a master's degree in English from Kansas State University, and The Order of the Crest reported that she also has a PhD in Spanish and Latin American Literature.

Today, Nasir is a Professor Emeritus in the Electrical and Computer Engineering department of the University of New Mexico. In 2018, he and his wife Esther released a limited edition book about their lives called Parallel Lives In Curved Space. And as This Is Us showed at the end of the episode, the duo are still married after meeting in 1963 at an international students gathering at their college. The couple has one son, Michael Pariente, who is a high-profile lawyer, and they recently celebrated their 56th wedding anniversary.

This Is Us loves to surprise viewers with character connections. Most recently that was through introducing the character of Hai, who dated Randall's birth mother before she met William and had Randall. Now Nasir and Esther were introduced in one of the most surprising connections yet. They may not ever cross paths with the Pearsons directly, and the Pearsons may never learn their names, but if not for Nasir, none of them could have stayed in touch during the pandemic — and none of us could in real life, either.

More like this
Netflix Shut Down 'Bridgerton' S3 Rumours About A “Very Dark” Storyline
By Bustle
Taylor Swift Visited The 'Glee' Set For This Bizarre Season 5 Episode
By Grace Wehniainen
Linda Ronstadt’s “Long Long Time” Plays A Pivotal Role In The Last Of Us
By Brad Witter
Michael B. Jordan Tackled His "Public Breakup" With Lori Harvey On 'SNL'
By Brad Witter
Get Even More From Bustle — Sign Up For The Newsletter
From hair trends to relationship advice, our daily newsletter has everything you need to sound like a person who’s on TikTok, even if you aren’t.