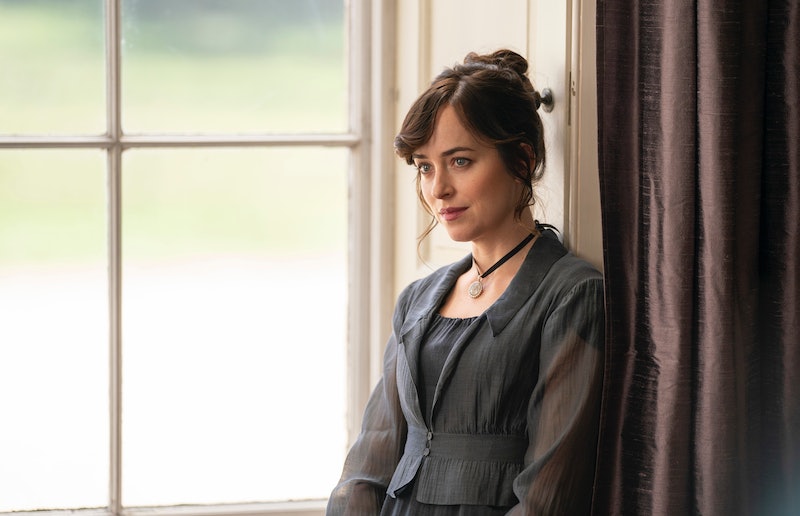 Another classic Jane Austen novel will be getting the Netflix treatment, with the likes of Dakota Johnson and Henry Golding bringing the story of Persuasion to life for viewers everywhere. As proven by the success of Anya Taylor-Joy’s Emma and the countless versions of Pride and Prejudice, it’s safe to say there’s still an insatiable demand for Austen adaptations. In fact, it was recently announced that Succession's Sarah Snook will play Anne Elliot in a different Persuasion movie, so Austen-heads are going to be quite satisfied in the coming months. However, the focus of Netflix’s Persuasion will be on Johnson’s take on the quietly intellectual protagonist and her battle against the expectations of society as a woman. Here’s everything to know so far about Netflix’s adaptation of Persuasion.

Adapted from the famous Jane Austen novel, the film follows Anne Elliot, a non-conforming woman with modern sensibilities. As her snobby family find themselves on the brink of bankruptcy, her former fiancé Captain Frederick Wentworth - aka the one she let get away - crashes back into her life.

Suddenly, Anne must choose between putting the past behind her or listening to her heart when it comes to second chances. Directed by Carrie Cracknell, this new adaptation promises to provide "a modern, witty approach" to the classic story that was first published in the 1800.

The film features a star-studded cast as the Fifty Shades of Grey star is joined by Crazy Rich Asians’ Henry Golding (playing Mr Elliot) and How to Get Ahead in Advertising star Richard E. Grant. Cosmo Jarvis (Lady Macbeth), Nikki Amuka-Bird (Hard Sun), and Mia McKenna-Bruce (EastEnders) also round out the cast.

Fans won’t have to wait too long because the film will be available to stream on Netflix from Jul. 15.

There isn’t an official trailer for Persuasion just yet, but the first official images have been shared online and it looks like we’re in for a real treat. The released stills of Johnson, Jarvis, and Golding show the trio in period costumes; however, Johnson's looks appear to have a bit of a contemporary twist.