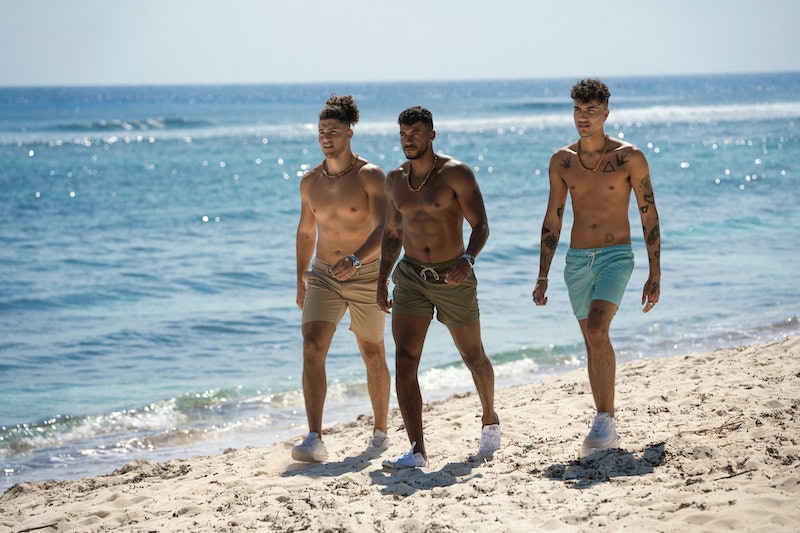 HBO Max’s reality dating show FBoy Island maroons a dozen “nice guys” and a dozen “Fboys” on an island and leaves three women to determine which are which. The nice guys are there for love, the Fboys are there for a cash prize. The women are hoping to walk away with both.

New Jarred Is A Football Player

Like OG Jared, the 28-year-old played football in college. He originally signed with Towson after graduating high school but eventually played for the University of Cincinnati Bearcats. Next came the pros. Jarred played quarterback for the Wuhan Berserkers for two years, according to ABC, and was due to report to a pro team in Switzerland last February before the pandemic disrupted the global professional league.

Upon being evacuated to America from China in March 2020, Jarred quarantined with 195 other U.S. residents living in Wuhan at an air force base in Riverside, California. Every morning and evening for two weeks, he was subject to a routine health screenings before being released. During the long days, he tried to keep up his training regime by running around the base hotel’s courtyard.

According to Jarred’s Instagram, his brother Joshua died in February after spending over a year in an induced coma. “We’ve done everything to see if he would pull through, but the lord has placed him in good hands now,” Jarred wrote in an emotional tribute to his brother. “I’m just happy every time I spent with my brother it was full of joy & positivity. I know the plan Josh and it was magnificent I wish the world could’ve seen what you was capable of. Love you and I’m personally going keep being great just like you was, because I know how hard you fought I will never give that up.”

Jarred Would Be Happy to Rent You an Exotic Car

As previously mentioned, Jarred is an entrepreneur. One of his businesses is Repute Exotic & Luxury Rentals in Miami, which is like Enterprise for “everyone from high-profile clientele to daring visitors w/ a taste of luxury,” according to the official Instagram page. The cars are in fact quite envious. Recently, Jarred highlighted a new Lamborghini Urus in “stealth mode” renting for $1500 a day and a Mercedes G-Wagon for $600 a day. To give you a sense of how luxury these luxury cars are, you can lease a 2021 Toyota Corolla for an entire year for about the same price as 24 hours in Jarred’s Lambo.

More like this
Love Island’s Latest Winter Season Finally Has A US Release Date
By Grace Wehniainen
Everything To Know About 'The Real Housewives Ultimate Girls Trip' Season 4
By Jake Viswanath
Andy Cohen Apologized To Larsa Pippen After A 'RHOM' Season 5 Reunion Dust-Up
By Brad Witter
Love Is Blind’s Natalie Claims Shayne Signed Up For 'Perfect Match' While They Were “Still Together”
By Brad Witter
Get Even More From Bustle — Sign Up For The Newsletter
From hair trends to relationship advice, our daily newsletter has everything you need to sound like a person who’s on TikTok, even if you aren’t.