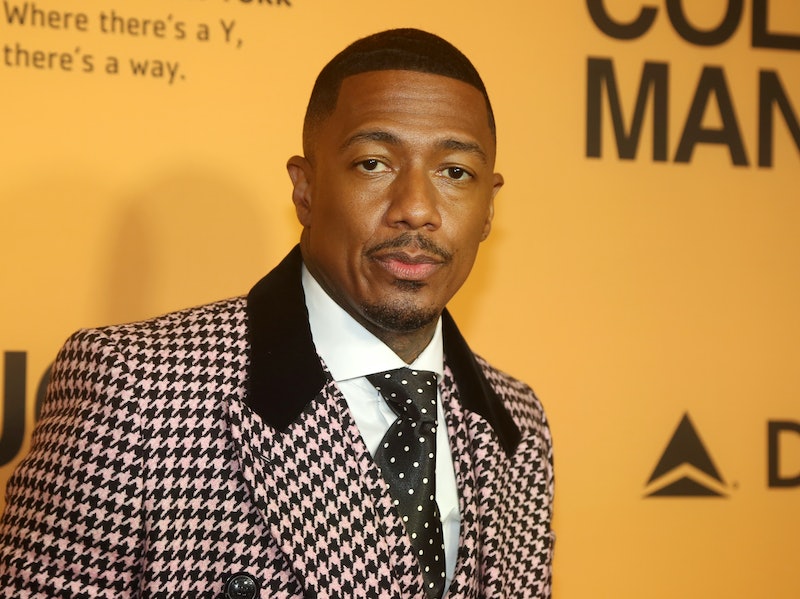 Nick Cannon was recently pranked with a vending machine full of condoms, and the mothers of his children were not amused. In a new interview with Entertainment Tonight, the Masked Singer host said that the prank actually caused some “baby mama drama” just days after the news broke that he is expecting his eighth child with model Bre Tiesi.

“One thing that was brilliant about it, it was the mystery of it,” Cannon said of the prank, explaining that he didn’t realize that comedian Kevin Hart was the one responsible at first. “I had up some baby mama drama, ‘Who sent you that? Who sent you that?’” he continued. “So, I did have to do some real-life stuff, and then when he came out and said it was him, everybody relaxed.”

The 41-year-old TV presenter first revealed that he was pranked on Instagram on Monday, Feb. 7. “Looks like somebody just sent me an early Valentine’s Day gift!!” he wrote. “Vending Machine full of Magnums.” Hours later, Hart posted his confession online. “I see u got my gift @nickcannon ….GOTCHA B*TCH!!!!!!” he wrote, reposting the photo on his own social media account. “Now u don’t have an excuse because the condoms are free #PrankWars.”

Although Hart’s prank was good, his Real Husbands of Hollywood co-star thinks he’s the better prankster. “I still think me wrapping his face on my private plane is better than his sending me a vending machine full of condoms,” Cannon told ET. Hart, for his part, said that figuring out how to send the condom machine wasn’t simple. “Vending machine full of condoms is a much bigger hassle to get out of a dressing room and takes up all the space,” he said.

The prank was also the laugh that Cannon probably needed after such a stressful couple of weeks. On Jan. 30, TMZ broke the news that he and Tiesi are expecting a baby and shared paparazzi photos from the gender reveal. Shortly after, Cannon said that he knew about Tiesi’s pregnancy “for a while” on his eponymous talk show, but didn’t want to reveal the news so soon after his 5-month-old son Zen, who he shared with model Alyssa Scott, died of cancer.

“I didn’t know what to say when I was dealing with Zen or to hold off,” the Wild ‘N Out host confessed. “Even right now, that it came out yesterday, that wasn’t planned to talk about it. We wanted to, you know, hold on as long as we can, but it happened.” Cannon did find one way to deal with everything that was going on in his life: celibacy.

“My therapist was one of the [people] who said that I should probably be celibate because I had shared that news, that Bre was pregnant,” he said, revealing that he’s abstained from sex since September. “That was the reason why I started my celibacy journey back then. I was [celibate] because I was dealing with [this].” And after sharing that his life felt “out of control” at the time, he said that celibacy actually helped.

“Honestly, the celibacy did help me through the journey of getting one with myself and dealing with this,” Cannon said. And despite all of the personal stuff that Cannon’s been going through over the last several months, Hart thinks that the lighthearted prank was a success. “It’s all about complicating a person’s day,” he told ET. “How do I make your day difficult? That’s a beautiful prank.”

More like this
15 Photos Of 'The Last Of Us' Star Pedro Pascal That Cement His Zaddy Status
By Radhika Menon
Who Is Murray Bartlett Dating? 'The Last Of Us' Star Is Extremely Private
By Alyssa Lapid
Who Is Pete Davidson Dating? He & Chase Sui Wonders Got Caught Kissing
By Jake Viswanath
'Bachelorette' Vet Clare Crawley Unveiled 2 Special Wedding Day Accessories
By Stephanie Topacio Long
Get Even More From Bustle — Sign Up For The Newsletter
From hair trends to relationship advice, our daily newsletter has everything you need to sound like a person who’s on TikTok, even if you aren’t.