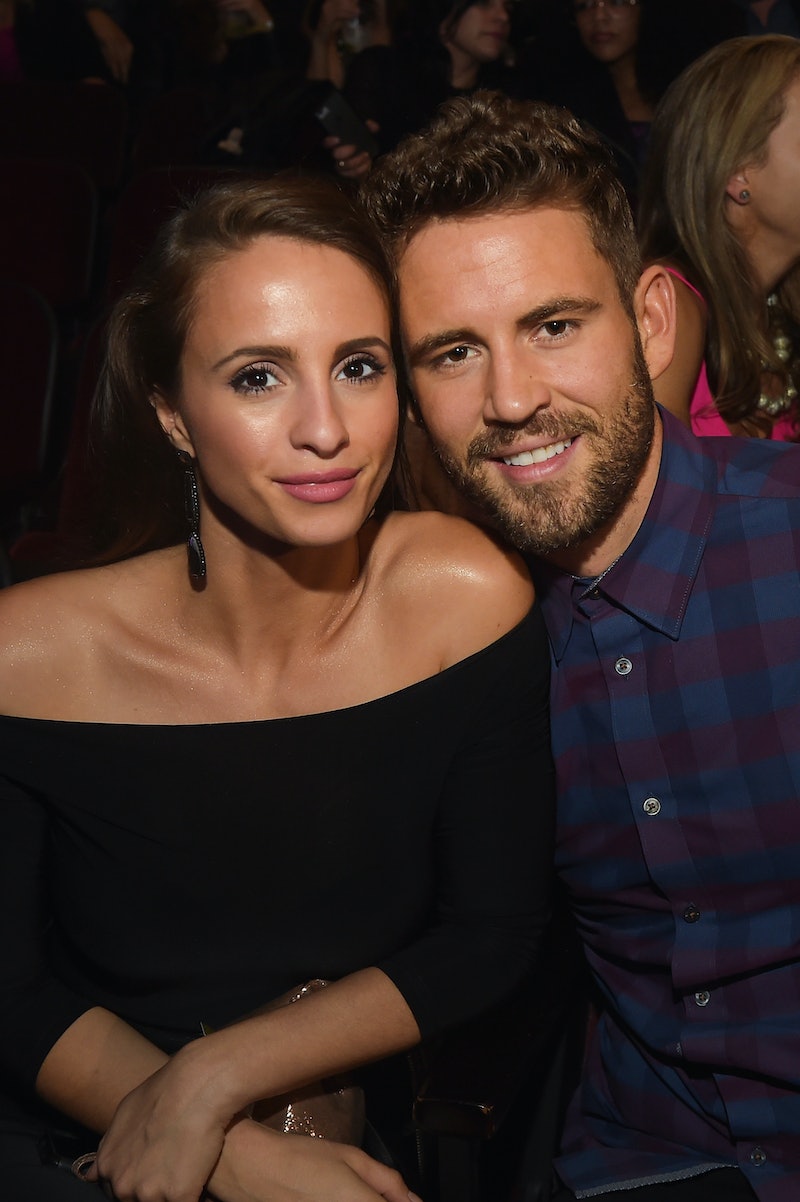 Their romance may have ultimately come to an end, but Nick Viall's reaction to Vanessa Grimaldi's recent engagement to Josh Wolfe proves that there's absolutely no hard feelings between this former fiancés. In fact, the former Bachelor was beyond excited for his ex. He even took to Instagram shortly after the news broke to congratulate her on the upcoming nuptials. “Well thank god I followed you back a week ago to hear this news,” Nick commented underneath Vanessa's engagement post on Monday, Aug. 10. “Congrats to you two! Lucky guy."

Despite having somewhat of a messy breakup, Nick and Vanessa are on good terms these days. Earlier this month, the two of them reunited to record a new episode of his podcast, The Viall Files. And while the conversation has yet to be released at this time, it prompted them to start following each other on social media shortly thereafter, indicating that, despite the breakup, they had managed to part ways as friends. Something that appears to be further proven in this latest Instagram exchange.

Vanessa announced her engagement with an Instagram post on Monday, Aug. 10. "August 9th, 2020 will forever be my favourite DAY OF MY LIFE," she captioned a slideshow of photos from the proposal. "@jbrwolfe YOU ARE MY EVERYTHING AND I CANNOT WAIT TO BE FOREVER AND EVER WITH YOU!!!!!!" And Nick wasn't the only Bachelor alum to congratulate her. Madison Prewett commented, "so happy for you. My queen, you deserve the world and more."

Nick and Vanessa first met and fell in love during Season 21 ofThe Bachelor. He proposed to her in the finale, which aired in March 2017; however, several months later the couple announced that they had decided to call it quits in August 2017. "We gave this relationship our all and we are saddened that we did not get the fairy-tale ending we hoped for. We will continue to be there for each other no matter what,” the pair said in a joint statement when announcing their split. “This hasn’t been an easy decision, however, as we part ways, we do so with lots of love and admiration for each other.”

And it seems that statement is more true than ever. Nick is supportive of his ex's happiness and she couldn't be more thrilled to be engaged to the man of her dreams — for real this time.