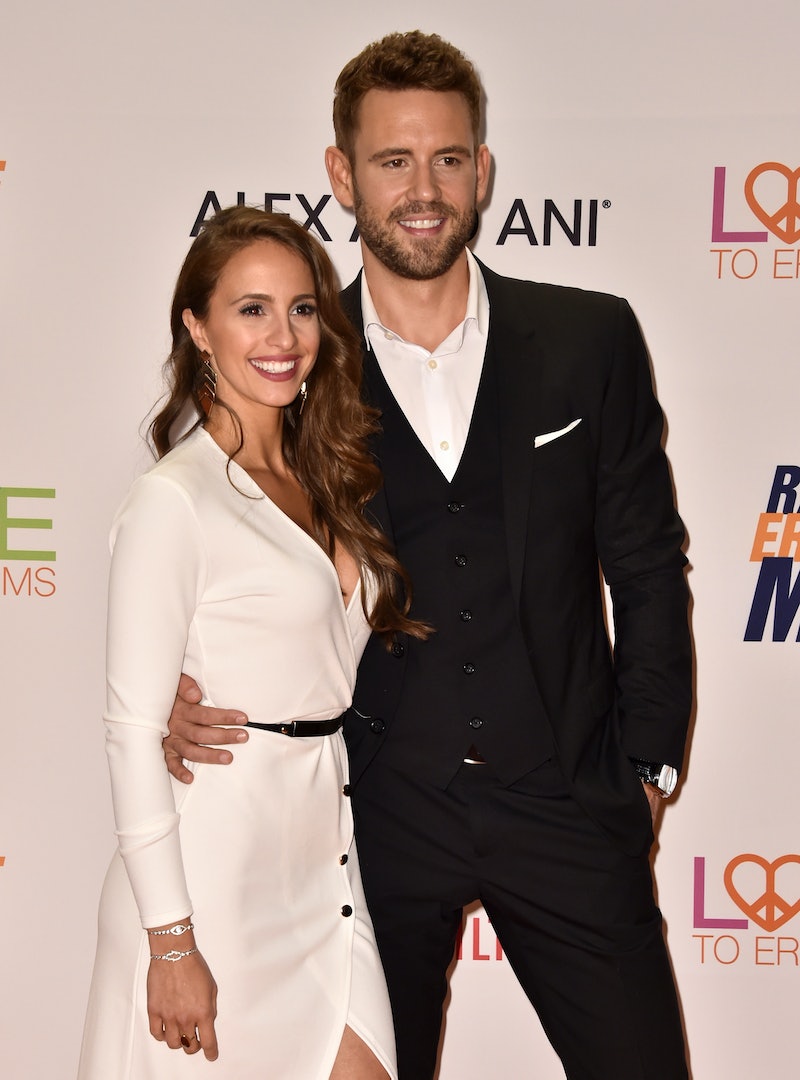 Uh-oh, Bachelor Nation: There's a dose of heartbreak to put a damper on your Friday. E! News is exclusively reporting that Nick Viall and Vanessa Grimaldi split. In a joint statement to E!, the couple revealed they ended their engagement, even though it wasn't an "easy decision." At least you can respect their honesty in opening up to the public about the situation directly, versus letting rumors swirl. Their full statement reads:

It's with a great amount of heartbreak for the both us as we have decided to end our engagement. We gave this relationship our all and we are saddened that we did not get the fairytale ending we hoped for. We will continue to be there for each other no matter what. This hasn't been an easy decision, however, as we part ways, we do so with lots of love and admiration for each other.

As fans know, Nick and Vanessa got engaged in the Bachelor Season 21 finale that aired in March. And though it may have been sweet to watch their fairytale proposal, fans have been skeptical about their relationship ever since the somewhat cringe-worthy After The Final Rose episode, where the pair's body language seemingly spoke for itself.

But here's the thing, even though it may not be the most surprising news in the world, it's still sad to hear a couple broke up. As their statement says, "We are saddened that we did not get the fairytale ending we hoped for." And say what you want about Nick, but going on the Bachelor franchise a whopping four times makes it seem like he really was hoping to find that fairytale ending.

The silver lining here is that they still have "lots of love and admiration for each other," so anyone saddened by the news can cling to that. And who knows — maybe you'll be seeing Nick on another Bach show in the future.