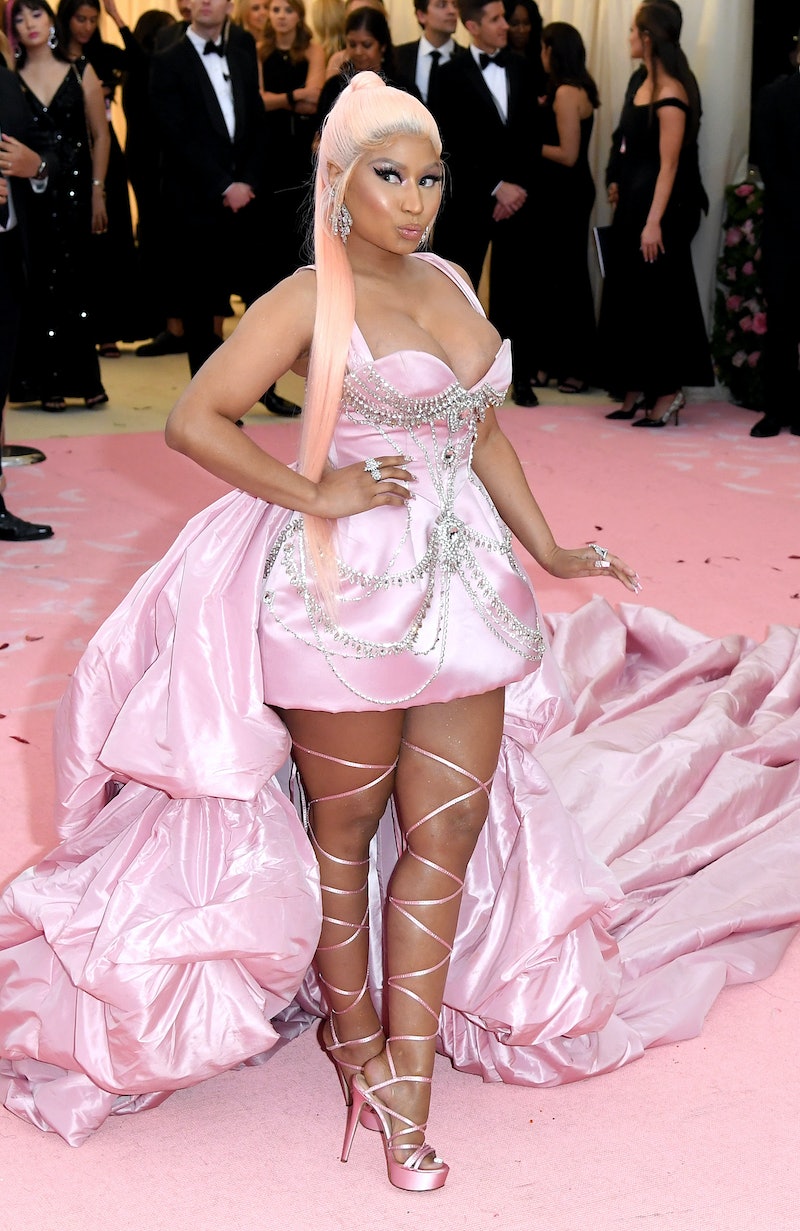 Fendi fact: Nicki Minaj's 3-month-old son already shares her ability to rock a designer label. In new baby photos Minaj shared via social media on Saturday, Jan. 2, the rapper dressed her fashionable infant son (with husband Kenneth Petty) in such brands as Versace, Burberry, and, yes, Fendi. "Thank you so very much for choosing me to be your mama," the Grammy-nominated rapper wrote, addressing her boy, who was born on Sept. 30, by his "Papa Bear" nickname.

Minaj went on to usher in the new year by sending love to her Barbz, noting that her fans' "love & support throughout this journey" meant "so much" to her. "Becoming a mom is by far the most fulfilling job I’ve ever taken on," she added in the post. "Sending love to all the superhero mothers out there. Big hugs to all the women who have been pregnant during this challenging time."

Although Minaj and Petty have yet to publicly announce their son's name, the "Super Bass" rapper recently revealed that "Ninja" is one moniker that didn't make the cut. "You know what his name was supposed to be? I think I might still change it," she said in a recent radio show, per Entertainment Tonight. "A lot of people said they liked it, but I said, 'Nah.' His name was going to be Ninja. I changed it at the last minute."

Minaj also opened up about her experiences with pregnancy and motherhood in a wide-ranging Dec. 30 fan Twitter Q&A about everything from her strangest cravings and breastfeeding to details about the moment her water broke. As part of that, she paid tribute to the fellow celebrities that helped her on her journey to motherhood. "Ciara was sooooooo helpful," she tweeted, adding that Ariana Grande sent her son "some gorgeous gifts."

Minaj's "Papa Bear" clearly has no shortage of famous doting aunties, and his latest photos show why they can't get enough of his adorably chubby cheeks.

More like this
These Throwback Photos Prove Beyoncé’s 'Renaissance' Has Been 24 Years In The Making
By Grace Wehniainen
Now That 'Renaissance' Is Here, Let’s Revisit Beyoncé’s First Solo Album From 2003
By Grace Wehniainen
Beyoncé Is The First Woman To Have A No. 1 Album Since Adele Did Almost A Year Ago
By Radhika Menon
Lauv Is No Stranger To Taylor Swift, Drake, Ed Sheeran, & Fame
By Alyssa Lapid
Get Even More From Bustle — Sign Up For The Newsletter