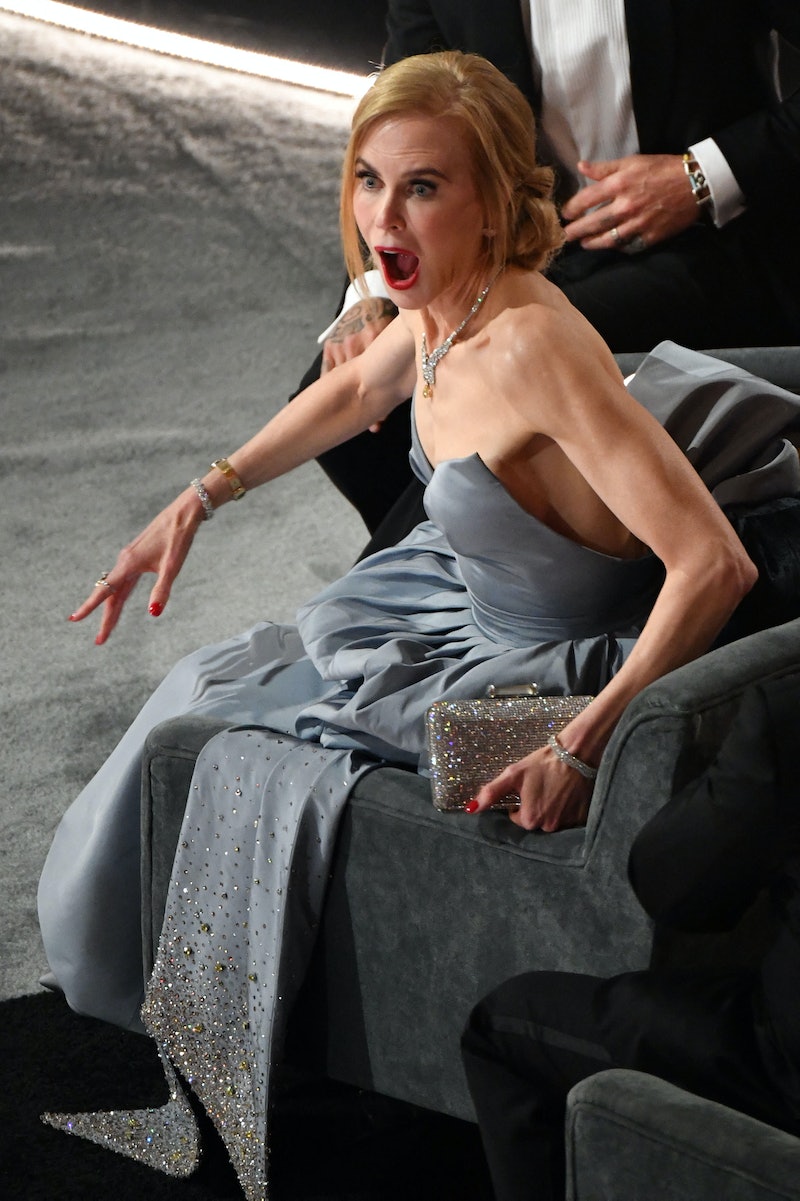 Will Smith slapping Chris Rock for making a joke comparing Jada Pinkett Smith’s shaved head to Demi Moore’s character in 1997’s G.I. Jane is easily the most-discussed topic to come from the 2022 Oscars. “Keep my wife’s name out of your f*cking mouth,” exclaimed the King Richard actor before exiting his chair and striking the comedian’s face. Seemingly every celebrity’s reaction to the incident went viral afterward, from Lupita Nyong’o’s shocked facial expression to Denzel Washington’s pep talk for Smith, which he then referenced while accepting the Best Actor award.

Among the most heavily meme’d supposed reactions to Smith’s slap was an especially impassioned gasp from Nicole Kidman, with news outlets and fans sharing a photo of the jaw-dropped Being the Ricardos actor. “Can we just all agree that Nicole Kidman deserves an #Oscar for her reaction to Will Smith slapping Chris Rock?” one fan wrote alongside the image on Twitter. Unfortunately, you can’t believe everything you read on the internet, as Page Six has reported the viral photo of Kidman’s facial expression was actually taken hours before the now-infamous slap went down onstage.

According to the publication, the Best Actress nominee was photographed gasping around 4:30 p.m. PT — 30 minutes before the televised Oscars ceremony began and three hours before Smith and Rock’s altercation. Kidman had already taken her seat for the pre-broadcast awards, which included honors in sound and editing, among other categories, and she was likely reacting to one of those winners.

Sorry to burst anyone’s bubble, but the meme was taken out of context.