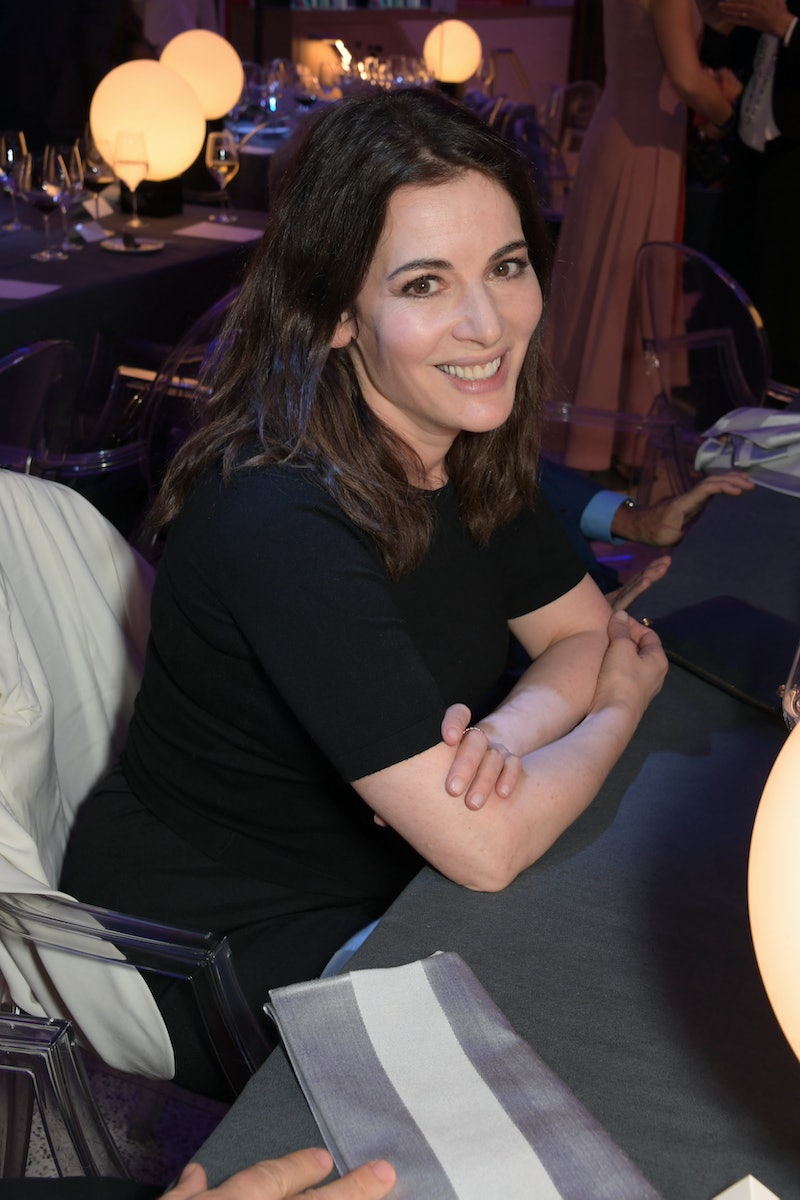 Nigella Lawson is known for her decadent deserts, on-the-nose innuendos, and treats for one. Is there anything she can’t do in the kitchen (other than pronouncing microwave, perhaps...) But there seems to have been one diet change that she couldn’t stomach: veganism. Nigella Lawson switched to meat-free diet for two weeks before caving in to her overpowering craving... for eggs.

Speaking to The Sunday Times about her new recipe book Cook, Eat, Repeat, Lawson said she “doesn’t see the point” in veganism. “I couldn’t be vegan, though I do love vegetables,” she said. “I’m very happy to not eat so much meat, but I do love it.”

She later tweeted to clarify that she does, in fact, “completely get the point of veganism,” adding: “while I admire those who can follow a vegan diet, I don’t see the point in making going vegan the only commendable change. I feel that encouraging more people to eat plant-based meals would have greater take-up, and would thus have huge impact and benefit.”

In her interview with the Sunday glossy, the TV chef said she felt “very run down” after her two weeks of going meat-free, and felt she “needed eggs, suddenly”. (She’s already low on iron, she explained, and protein-rich eggs helped her feel a lot better.)

She also spoke about how she didn’t like the idea of how processed some plant-based alternatives can be. “As far as I’m concerned I want to eat proper food, and I don’t want to lecture anyone because I feel, well, I cling to the thing that we have the teeth for meat and so it’s natural for us to want to eat it,” she said. “I know it’s an argument that a lot of vegans disagree with… I respect that position but I feel that I’m not ready.”

As one of the most celebrated celebrity chefs, Lawson recognised that she was talking about diets from a point of privilege. “I'm also in a privileged position and I get great salt-aged beef or lamb, so I never like to lecture people,” she said.

And just because she couldn’t keep a plant-based diet full time, it doesn’t mean that Lawson doesn’t have some amazing meat-free recipes in her latest book. There’s an entire chapter entitled “Beetroot and Me” and “A Vegan Feast”. In them, you’ll also find recipes for burnt onion and aubergine dip and butternut with chilli, ginger and beetroot yoghurt sauce, alongside her renowned deserts.

More like this
Turns Out George Clooney Is A Huge Fan Of This Classic British Game Show
By El Hunt
'Abbott Elementary' Fans Probably Missed This 'Parent Trap' Easter Egg
By Sam Ramsden
This Pre-'Love Island' Video Of Olivia & Zara Together Changes Everything
By Bustle UK
A New Netflix Doc Will Explore The Unsolved Murder Of Jill Dando
By Sam Ramsden
Get The Very Best Of Bustle/UK
Sign up for Bustle UK's twice-weekly newsletter, featuring the latest must-watch TV, moving personal stories, and expert advice on the hottest viral buys.