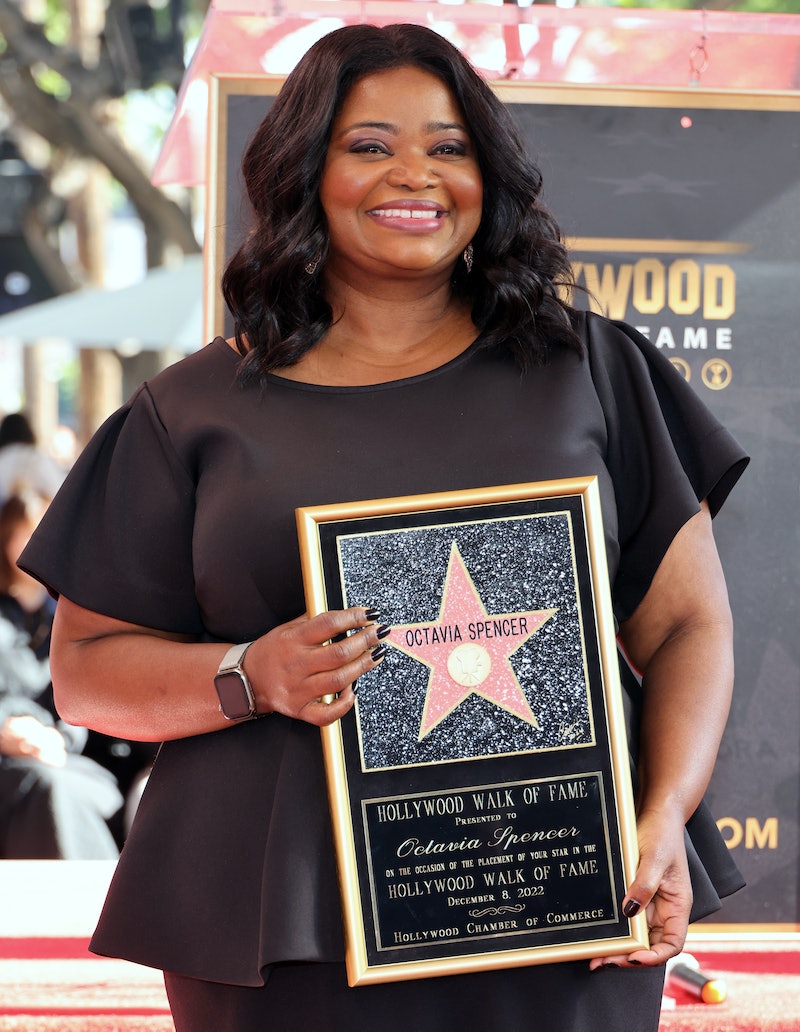 A momentous event like a Hollywood Walk of Fame star ceremony doesn’t come around every day, so Octavia Spencer wasn’t about to let hers be ruined. The Academy Award winner was on Hollywood Boulevard for the dedication of her star on Dec. 8, when a man began shouting interruptions. As he yelled about it being “a beautiful day” to “celebrate rich people,” she clapped back, “Not on my day, Satan!”

While there are certainly conversations to be had about income inequality in the United States, targeting Spencer’s Walk of Fame ceremony doesn’t seem like a well-thought-out decision. The actor has spoken out in the past about growing up “in a really poor area in Montgomery, Alabama” and is an advocate for “the transformative power of education,” as she put it in her acceptance speech at the 2019 GLSEN Respect Awards, per People. “It’s one of the reasons why I’ve chosen to put my time and energy into both activism in my life and stories on screen that challenge us to envision a more even playing field for all of us,” she said.

Spencer’s Spirited co-star Will Ferrell had her back during the Walk of Fame incident and called to the heckler, “Message loud and clear … Not on Octavia’s day.” The two encouraged the man to “keep it moving” and visit the Hollywood Wax Museum instead. Ferrell also made light of the man’s continued shouting, telling Spencer, “He’s got powerful lungs. He’s using his diaphragm.”

The two managed to keep going, with Ferrell keeping the mood light as he talked about what a good star location Spencer has compared to his, which is apparently in front of a Kaiser Permanente medical facility. As the interruptions continued, he sarcastically told the man, “Louder, please! They can’t hear you in Alhambra!” Then he continued to pay tribute to Spencer with heartfelt compliments.

“She makes everyone better,” he said. “Between your sense of humor, your amazing laugh, your dedication to your craft — you are literally the best and no one is more, is more [deserving] of this star than you.”

The ceremony also included touching words from Allison Janney, who starred alongside Spencer in her Oscar-winning project, The Help. All in all, it went well, even with the persistent interruptions. “What a day!” Spencer wrote on Instagram afterward. “Grateful does not begin to describe how I feel about this honor. Receiving my star on the [Hollywood Walk of Fame] today will always be one of the most special moments in my life, and I have all of you to thank for this.”

Spencer went on to thank her “family, friends, colleagues, team and fans, near and far,” and encouraged anyone who “has a dream” to “keep going.”

More like this
Keke Palmer Shares The Sex Of Her & Darius Jackson's Baby
By Jake Viswanath
Austin Butler Confirms Vanessa Hudgens Pushed Him To Do 'Elvis'
By Alyssa Lapid
North West Will Make Her Acting Debut Alongside Mom Kim Kardashian
By Radhika Menon
12 Years Ago, Austin Butler Manifested His Oscar Nom In This Disney Movie Scene
By Jake Viswanath
Get Even More From Bustle — Sign Up For The Newsletter
From hair trends to relationship advice, our daily newsletter has everything you need to sound like a person who’s on TikTok, even if you aren’t.