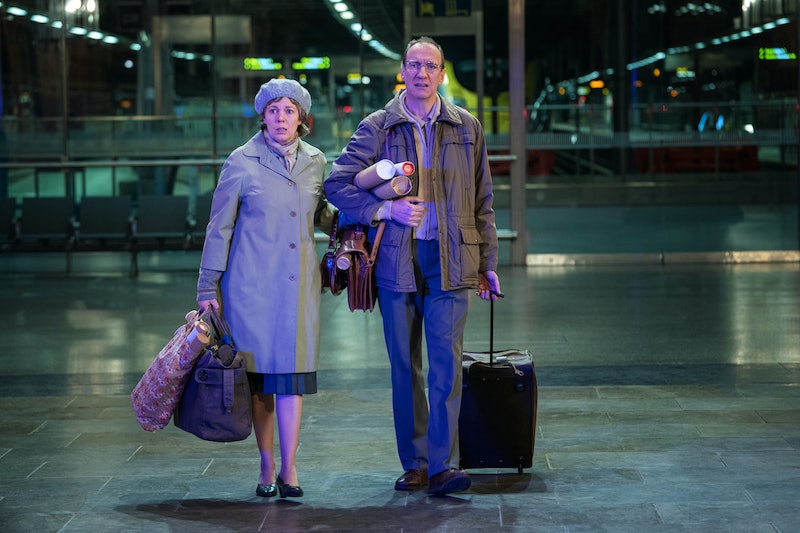 The true-crime genre just got a little more crowded with the upcoming Sky Original drama, Landscapers. According to Sky, the “exhilarating” and “darkly funny” four-part limited series will explore the Mansfield Murders of 1998. The Crown star Olivia Colman will be leading the project in a role worlds away from her brilliant performance as Queen Elizabeth II, as she takes on the role of a fantasist murderer. With some big names attached to the production, we know TV fans will be counting down the days until this star-studded thriller airs on our screens. Here’s everything you need to know about Landscapers.

Inspired by real events, Landscapers tells the story of mild-mannered Susan and Christopher Edwards, an unassuming couple who murdered Susan’s parents and buried them in their garden. The series will detail how the couple became murderers and how the crime went undiscovered for 15 years.

The official synopsis for Landscapers reads, “As their relationship is subjected to the glare of a full police investigation, the devoted couple are separated for the first time in their marriage. As the investigation moves forward, inspired by Susan’s obsession with old Westerns and classic cinema, the fantasists cast themselves as Hollywood heroes in narratives of their own invention.”

After her award-winning performances in The Favourite and The Crown, Olivia Colman will be starring as one of the leads, Susan Edwards. “What’s fascinated me most about playing the character Susan is her fantasy world,” Colman explained in a featurette for the series. “I love the way we see her fantasy and that’s been really fun having someone with such a vivid imagination.” Here, the actor hints at the way the couple portray themselves in their own narrative, paired with snippets of the leads as the stars of their own movies.

David Thewlis (Seven Years In Tibet, Harry Potter, Fargo) will be acting alongside her as her character’s husband, Christopher Edwards. “This is without doubt the very finest project I have worked on for many years,” Thewlis said talking about the series. “Everything about Landscapers is magical, there is nothing like it and I’m impatient to get to work so that its brilliance can be shared with the rest of the world.”

Images of the two leads show both actors looking very different from what we’re used to but Colman especially is almost unrecognisable with light hair and dowdy clothing. And as for what they’d do for love, the actors wouldn’t go as far as their characters. “We do all kinds of things for love and often for things that we mistake for love,” Thewlis said, with Colman adding: “I don’t know if I’d kill someone for love… but then no one’s ever asked me!”

Landscapers will premiere on Monday, Dec. 6, on HBO and HBO Max and will land on Sky Atlantic and NOW TV the following day.

The full Landscapers trailer offers a first glimpse inside Susan’s mind and features a few scenes from her tense police interrogations.

We see Susan and Christopher together as a couple, beginning with their loved-up trip to France and ending with a screaming match as their lives descend into chaos.

This article was originally published on Aug. 18, 2021