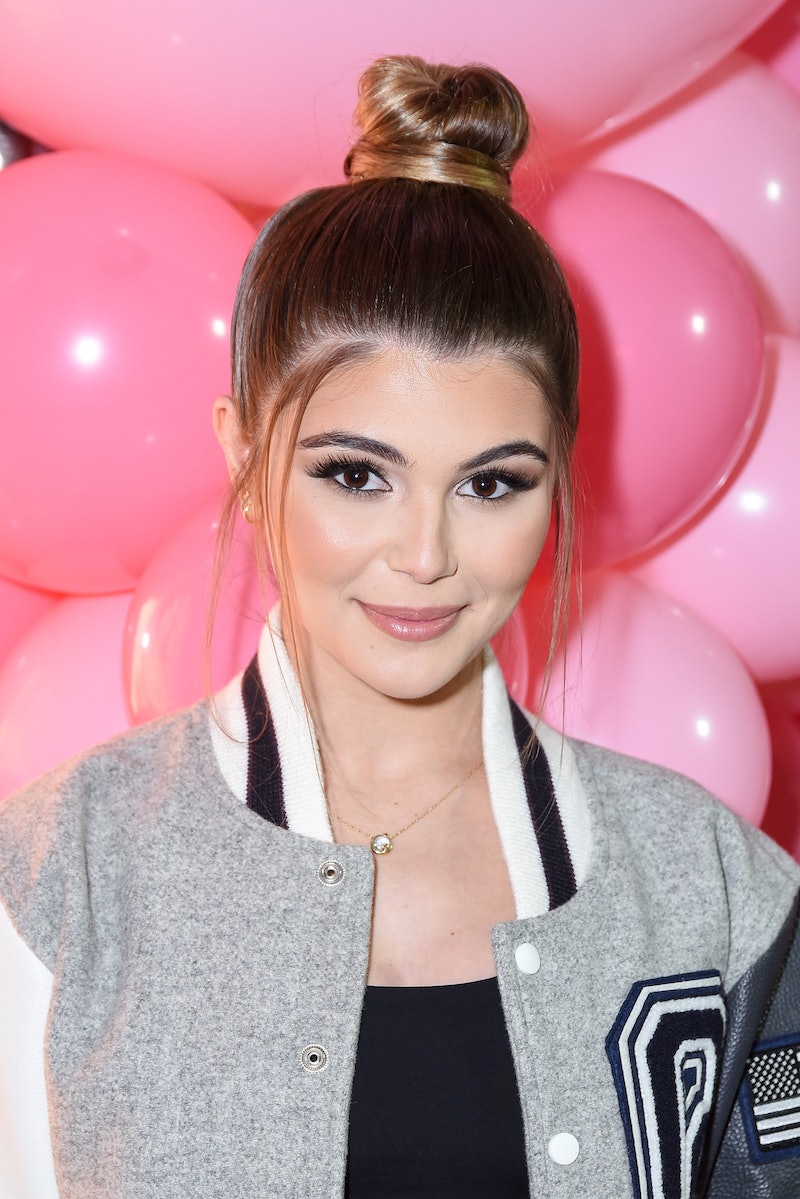 It turns out Gossip Girl might not always have all the best information. On Saturday, July 10, Olivia Jade responded to the Gossip Girl reboot’s reference to her, mom Lori Loughlin, and the college admissions scandal with a TikTok denying the show’s claim that she gained followers from the ordeal.

The new Gossip Girl, which premiered on HBO Max on July 8, name-dropped Jade in the first episode. In the scene in question, Constance Billard student Monet de Haan (played by Savannah Lee Smith) tells Queen Bee Julien Calloway (Jordan Alexander), “You as someone who loses is bad for business.” Their friend Luna La (Zión Moreno) then adds, “And everything will be fine so long as you win. Olivia Jade gained followers when her mom went to jail.”

On TikTok, Jade played the clip from the show and clarified how the scandal impacted her social media presence. Shaking her head in response, she said, “No, I didn’t.” The controversy did, however, involve both her parents, Loughlin and design mogul Mossimo Giannulli, who were indicted for paying up to $500,000 in bribes to have Jade and her sister fraudulently admitted to the University of Southern California as crew recruits. The investigation sparked a larger conversation about how the higher education system privileges the wealthy, and ultimately Jade’s parents served time in jail.

The college admissions scandal didn’t seem to dramatically impact Jade’s Instagram following, which is still about 1.3 million, but her YouTube subscribers did drop from approximately 2 million to 1.8 million, per E! News. Jade, who initially lost sponsorships with brands like HP and Sephora, returned to YouTube in January and has made several videos with sponsored integrations since.

Jade, who was pursuing a lucrative career as a YouTube star before the scandal broke, said in a March post that she felt “publicly shamed” after the news broke. The social media star posted a TikTok about how people are “all very quick to judge.” She continued, “I think we’re all very quick to put people down. ... I just want people to remember, if your feelings are hurting, if they’re valid to you, they’re valid. It doesn’t matter if someone is going through worse.”

In December, Jade first broke her silence about the scandal, appearing on an episode of Red Table Talk with Jada Pinkett Smith, Willow Smith, and Adrienne Banfield-Norris. Jade told the hosts that she wanted to “move on and move forward” and didn’t “want pity” from the audience. “I just want a second chance to be like, ‘I recognize I messed up,’” she said. “I never got to say, ‘I’m really sorry that this happened,’ or ‘I really own that this was a big mess-up on everybody’s part,’ but I think everybody feels that way in my family right now.”

More like this
New Details About Jeremy Renner's Snowplow Accident Reveal The Actor's Intentions
By Sam Ramsden
Grammys Host Trevor Noah Made Adele's Dream Of Meeting The Rock Come True
By Brad Witter
Pedro Pascal Barely Got Through The "Lisa From Temecula" 'SNL' Sketch
By Stephanie Topacio Long
Melanie Lynskey Plays A “Ruthless Leader” In 'The Last Of Us'
By Brad Witter
Get Even More From Bustle — Sign Up For The Newsletter
From hair trends to relationship advice, our daily newsletter has everything you need to sound like a person who’s on TikTok, even if you aren’t.