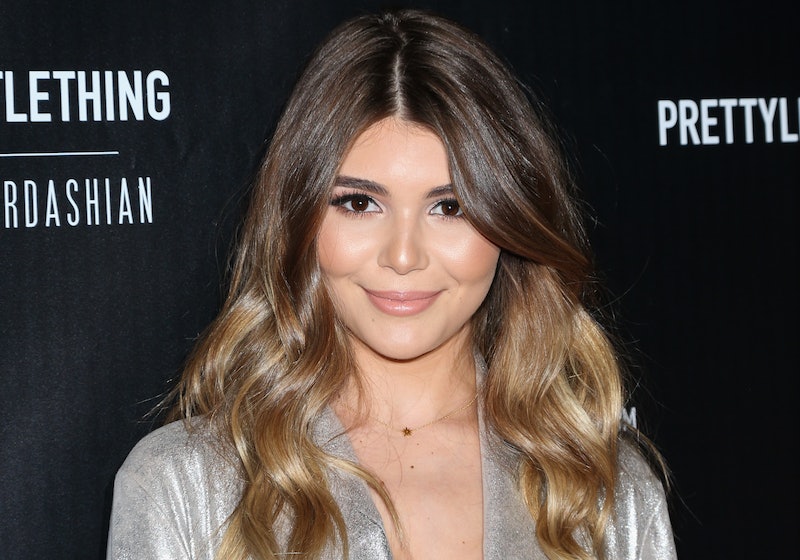 After a year-long hiatus from the platform — and her mother's recent release from prison — Olivia Jade revealed plans to return to YouTube while responding to comments from fans on TikTok. After one person asked her to "please post again" on the video platform, the 21-year-old promised new content sometime soon. "First of all, comments like this actually make my day, and I'm just really grateful [for them]" Olivia said in the clip, which was posted on Dec. 30. "And also ... okay. I will. I guess I will come back to YouTube."

Olivia, who has 1.86 million YouTube subscribers, took a break from YouTube in March 2019 after her parents, Lori Loughlin and Massimo Giannulli, were named as two of the high-profile parents involved in the infamous college admissions scandal. The pair paid ringleader William "Rick" Singer, who posed as a college counselor, $500,000 so that Olivia and her younger sister Bella would be accepted to the University of Southern California as crew recruits, despite never having participated in the sport. The couple pleaded guilty to one count of conspiracy to commit wire fraud and mail fraud and were each sentenced to time in prison. Loughlin was released on Dec. 28 following her two-month sentence. Giannulli, for his part, is still serving his six-month sentence.

Olivia addressed the scandal briefly in a December 2019 YouTube video. "Obviously, I've been gone for a really long time ... I know that it's something that needs to be addressed," she said. "I didn't know exactly when I should come back to YouTube, but the reason for that is just because I'm legally not allowed to speak on anything going on right now." Though she noted that she missed making videos, Olivia decided to take an extended break from the platform. Aside from posting an "Everyday [Makeup] Routine" a few weeks later, she has not posted on YouTube in over a year. (She has, however, continued to post on Instagram and TikTok.)

In early December 2020, Olivia opened up about the scandal for the first time during an appearance on Red Table Talk, which was her first public appearance since her parents were convicted. "To be honest, I wasn't angry," she told hosts Jada Pinkett Smith, Adrienne Banfield-Norris, and Willow Smith about her initial reaction. "100 percent honesty, when it first happened, I didn't look at it and say, 'Oh my god, how dare we do this?' I was like, 'Why is everybody complaining? I'm confused about what we did.' That's embarrassing to admit."

While it took her a while to gain a "good understanding" of what actually happened — and why it was wrong of her parents to take such measures to get her into USC — Olivia said the situation forced her to take a look at her family's privilege. "What hasn't been super public is that there is no justifying or excusing what happened because what happened was wrong. ... I just want to apologize for contributing to these social inequalities, even though I didn't realize it at the time."

Olivia, who didn't return to USC after spring break once the scandal was revealed, also explained in the interview that she hadn't spoken to her parents since they began their sentences. "It's been hard," she said. "I think for anybody no matter what the situation is, you don't want to see your parents go to prison. But also I think it's necessary for us to move on and move forward."

More like this
Ryan Reynolds Shared His Colonoscopy On The Internet After Losing A Bet
By Jake Viswanath
Where Is Armie Hammer’s Ex-Wife Elizabeth Chambers Now After 'House Of Hammer'?
By Grace Wehniainen and Radhika Menon
The Try Guys Cheating Scandal, Explained
By Grace Wehniainen
Dixie D’Amelio & Noah Beck “Love Each Other” Despite Breakup Rumors
By Julia Emmanuele, Jordyn Tilchen and Grace Wehniainen
Get Even More From Bustle — Sign Up For The Newsletter