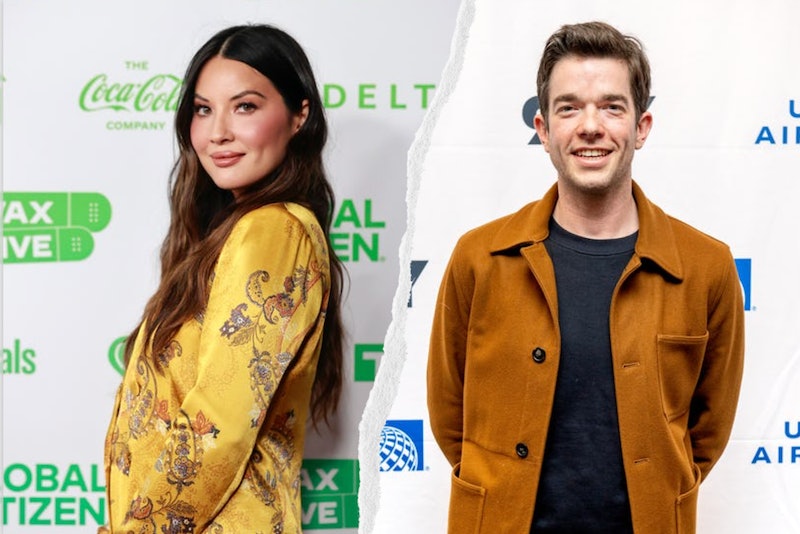 Olivia Munn and John Mulaney’s relationship has only been public knowledge for about six months, and it’s already been scrutinized for beginning soon after the comedian’s divorce and allegedly suffering a rocky period earlier this year. But despite judgment and rumors, the couple appears to be going strong. Mulaney announced Munn was pregnant with their first child in September, and she reportedly gave birth to a baby boy on Nov. 24 in Los Angeles, according to TMZ.

Speaking to Seth Meyers during a Sept. 8 appearance on NBC’s Late Night, Mulaney detailed his difficult past year, which included a stint in rehab for substance abuse as well as a divorce from his wife of over six years, Annamarie Tendler. “In the spring, I went to Los Angeles and met and started to date this wonderful woman named Olivia,” he said of Munn before sneakily making the big announcement. “That’s been very incredible, and she’s kind of held my hand through that hell, and we’re having a baby together.”

“It is a very, very lucky thing to have met this woman... You knew me before I was on a lot of drugs, you knew me while I was on drugs, [but] you did not know me immediately after stopping drugs, so it’s been a challenging time,” Mulaney continued. “Olivia and this baby have helped save me from myself in this early journey out of recovery.” About a week later, Munn shared a photo of her growing stomach in an Instagram post.

The following month, gossip account Deuxmoi posted rumors Munn and Mulaney had split, and shortly after, Us Weekly published quotes from a source claiming the couple’s relationship was “imperfect.” “Even though Olivia’s going to be a wonderful mother and has great support behind her, Olivia’s friends just don’t see these two being a couple in a year’s time,” alleged the insider. “Olivia and John still have to decide what kind of future they’re going to have together, if any. It’s a time of uncertainty for both of them.”

Online conversation about the supposed breakup sparked, but Entertainment Tonight quickly squashed the rumors, noting in a story published Oct. 25: “ET has learned that reports of a split are not true.” The same article featured quotes from Munn about the 2021 film Violet, as well as a comment on discussing impending motherhood with director Justine Bateman. “[We] had a long conversation about this the other day. Honestly, I'm just excited about meeting whoever it is and bringing a little person into this world,” exclaimed Munn.

Two weeks later, Munn opened up even more about her pregnancy, reflecting on news outlets posting about it before the couple’s official announcement. “I think what was harder was when you have people talking about it and leaking it out there before I'm ready to talk about it,” she said on SiriusXM’s The Jess Cagle Show. “Since I've been pregnant, I've had four different girlfriends lose their pregnancies all after the safe zone, [one at] three months, two at four months, and one at five, six months.”

“When it's happening to you, and you feel like you have no control over when you announce, or [you're thinking], 'What if something bad happens? What if I lose the baby?’ Then it's already been out there that I have it before I was ready to tell that information. Now I have to live with this,' the stress of that just compounded everything,” she continued. “That was what was more difficult for me.”