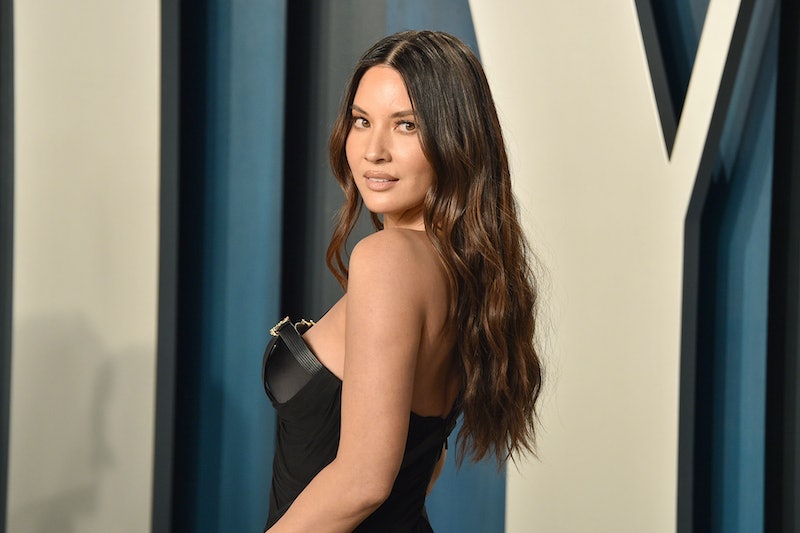 Olivia Munn’s pregnancy hasn’t exactly been stress-free. During a recent appearance on SiriusXM’s The Jess Cagle Show, the Violet star spoke candidly about some of the fears she had in September when the press revealed she was pregnant before she was ready, according to Entertainment Tonight. The 41-year-old mom-to-be is currently expecting her first child with comedian John Mulaney, and although she’s excited about this next chapter, there’s a lot that she’s anxious about as well.

“I think what was harder was when you have people talking about it and leaking it out there before I’m ready to talk about it,” the 41-year-old actor revealed, sharing that many of her close friends have experienced miscarriages after the first trimester. “Since I’ve been pregnant, I’ve had four different girlfriends lose their pregnancies all after the safe zone, [one at] three months, two at four months and one at five, six months.”

Munn is especially nervous because she’s over the age of 40 and has an autoimmune disorder. “There are a lot of elements that come into play when you’re pregnant,” she explained. “There’s a lot of fear. You want to do everything you can to protect your baby.” Still, the actor understands why people are so interested in hearing about celebrity pregnancies, admitting that she’s always been the same way — until now.

“When it’s happening to you, and you feel like you have no control over when you announce, or [you’re thinking], ‘What if something bad happens? What if I lose the baby? Then it’s already been out there that I have it before I was ready to tell that information. Now I have to live with this,’ the stress of that just compounded everything,” she explained. “That was what was more difficult for me.”

Although the press caused Munn a lot of unnecessary stress, she’s found simple ways to relieve it, per her doctor’s orders. “I just decided to wear [sweats],” she continued. “This is the second outfit that I’ve worn in months. I usually just wear this one sweatsuit over and over — sometimes I’ll put another shirt over the sweatpants — but that’s actually been a big relief for me.” Right now, she added, her only concern is whether or not the sweats will fit.

Mulaney, who first started dating Munn in the spring following a divorce and a stint in rehab, confirmed his girlfriend’s pregnancy on the Sept. 7 episode of Late Night with Seth Meyers. “We’re having a baby together,” he told the late-night host, adding that he was “nervous” to make the announcement. “I’m going to be a dad.” Elsewhere in the interview, the 39-year-old said that he was “very, very lucky” to have met Munn at that particular time in his life. “Olivia and this baby have helped save me from myself in this early journey out of recovery,” he said.

After Mulaney confirmed the news, Munn told Access that she was “feeling really good.” However, a month later, reports surfaced that the couple may have been having some problems. “This has been an imperfect relationship from the start,” a source told Us Weekly. “Even though Olivia’s going to be a wonderful mother and has great support behind her, Olivia’s friends just don’t see these two being a couple in a year’s time.” The insider added that while those close to the pair believe they will “make great parents,” they’re not sure if “they are going to do that together or apart.”