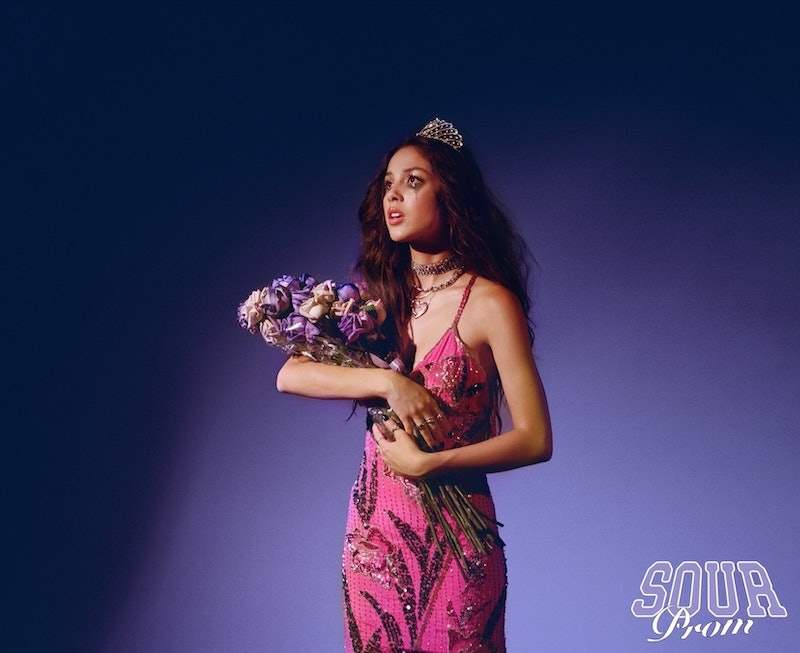 Courtney Love asked Olivia Rodrigo to send her flowers after accusing the pop sensation of ripping off the cover of her band Hole’s 1994 album Live Through This. But it doesn’t look like Love will receive flowers from her anytime soon. Rodrigo responded to Love’s copying allegations in a new interview, and frankly, she’s doesn’t appear bothered in the slightest.

In a new interview with Variety published on Aug. 12, the “good 4 u” singer brushed off the accusations and praised Love, making it clear that she was inspired by the 1976 horror movie Carrie — which Hole’s album also took inspiration from. “I mean, to be honest I’m flattered that Courtney Love knows who I am,” Rodrigo said. “She’s from a totally different generation, so I thought that was cool, but I think we’re both obviously really inspired by the film Carrie. I don’t know — I didn’t really give it too much thought.”

The drama started when Rodrigo promoted her “Sour Prom” concert film with a photo of her holding a bouquet of flowers and wearing a queen crown while mascara-smudged tears ran down her face. Many fans compared the picture to the cover of Hole’s Live Through This, which is a photo of a mascara-smudged Love with a crown and bouquet, and the band’s lead singer agreed.

Some fans saw it as a sign of approval, including Rodrigo, who left a comment on Love’s now-deleted Instagram post comparing the two photos. “Love u and live through this sooooo much,” she wrote. However, Love’s tone took a turn when she responded to Rodrigo and almost demanded she send her flowers. “Olivia - you’re welcome,” she wrote. “My favorite florist is in Notting Hill, London! Dm me for deets! I look forward to reading your note!”

Love continued to vent about the similarities on Facebook, making it clear that she was annoyed by the teenage pop sensation. “It was rude of her and Geffen [Records] not to ask myself or Ellen von Unwerth,” she said in a comment, referring to the photographer of her Live Through This cover. “It’s happened my whole career so I d c. But manners is manners!” In another comment, she added “My cover was my original idea,” before declaring that Rodrigo’s photo was “rude.”