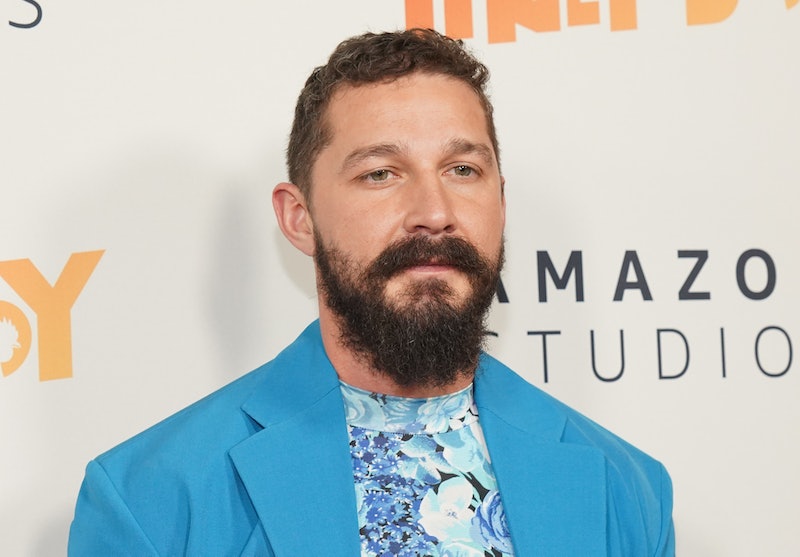 Shia LaBeouf continues to be at the center of controversy. On Dec. 11, Tahliah Debrett Barnett, also known as singer-songwriter FKA twigs, filed a sexual assault and battery lawsuit against LaBeouf, alleging "relentless abuse." On Dec. 12, singer Sia backed up Barnett's statements, tweeting that "I too have been hurt emotionally by Shia, a pathological liar." On Dec. 13, singer-songerwriter Katy Rose alleged that LaBeouf "violently groped" her when she was 14. Now a Dec. 24 Variety report claims that LaBeouf was fired from Olivia Wilde's film Don't Worry Darling, contrary to earlier reports that he left due to scheduling conflicts.

Don't Worry Darling is a 1950s thriller and the follow-up to Wilde's directorial breakout hit, Booksmart. In September, LeBeouf was replaced by Harry Styles as the film’s male lead. At the time, Deadline reported that LaBeouf “departed the project due to a scheduling conflict,” but an insider told Variety he was actually let go.

"He is not an easy guy to work with,” the source claimed. They noting that LaBeouf was “off-putting” to the Don't Worry Darling cast and crew, which completely went against Wilde's “zero *sshole policy." So she fired him. (Wilde and LeBeouf didn't respond to Variety's requests for comment. A representative from the studio also declined to comment.)

Wilde herself voiced support for Barnett in the wake of the allegations, writing "love, respect, and support, @fkatwigs" in an Instagram story. Notably, before directing Booksmart, Wilde starred in Sarah Daggar-Nickson's film A Vigilante, where she played a domestic abuse survivor who rescues other women from their own abusers. "I got to play a vigilante superhero, a hero that these survivors of domestic violence really deserve," Wilde told Deadline at SXSW 2018.

Meanwhile, LaBeouf continues to experience a career fallout in the wake of Barnett's allegations. Honey Boy director Alma Har’el has distanced herself from LaBeouf, writing in a statement that she is "painfully aware" of how invested she was in publicly rehabilitating him, but none of that "should excuse, minimize, or rationalize domestic violence.” On Dec. 21, Netflix removed Shia LaBeouf from its "For Your Consideration" awards page for his role in Pieces of a Woman. The Variety report also claimed that at one point Marvel considered LaBeouf for a superhero role, but discussions never happened.

If awarded damages, Barnett intends to donate a portion of the money to domestic violence organizations. The lawsuit "isn’t about Shia’s career,” Barnett's lawyer Bryan Freedman explained to Variety. “This is about making sure the trauma and pain inflicted on my clients and others doesn’t happen again. Shia is an admitted abuser and he needs to get meaningful help that addresses his violent behavior.”