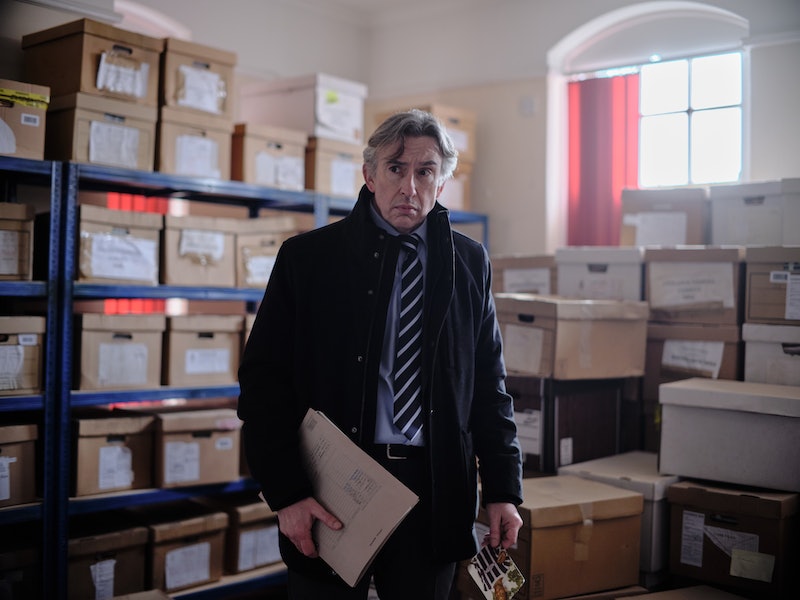 Set 13 years after the racist attack that took Stephen Lawrence’s life, ITV’s Stephen focuses on the re-opening of the case that finally led to the conviction of two of the gang members involved. The series spotlights Stephen’s parents, Doreen and Neville, and their fight for justice, as well as DCI Clive Driscoll, who helped them in their legal battle. Stephen viewers may notice that the investigation is often referred to as Operation Fishpool – so, what exactly does this term mean?

Operation Fishpool was the name used by the Metropolitan Police when referring to Stephen’s case. The initial investigation saw five men arrested in connection to the crime, with Neil Acourt and Luke Knight being charged with murder after they were identified by Duwayne Brooks, who was with Lawrence during the attack but managed to escape.

However, the investigation failed to convict those responsible as the Crown Prosecution Service deemed Brooks’ first-hand account as “unreliable”. After multiple attempts made by Doreen and Neville to reopen the case, their tireless campaigning led to a public inquiry. This culminated in the Macpherson report published in 1997, which found that the initial investigation had been “marred by a combination of professional incompetence, institutional racism and a failure of leadership” in the Metropolitan Police. This report subsequently marked a change in UK law and police procedure, with 70 recommendations put in place to show “zero tolerance” for racism within the police and British society as a whole.

Following the Macpherson Report, more attempts were made by Doreen and Neville to reopen their son’s case. This eventually happened in 2006 after former DCI Clive Driscoll found dozens of files relating to Stephen just sitting in an office at Deptford Police Station.

As Driscoll explained to ITV, he took on the case when he found “a room full of papers relating to Operation Fishpool” at the station, which he had been assigned to close down. “I can remember walking around the room thinking, ‘This can’t be right,’” he said. Driscoll immediately phoned Met Commissioner Cressida Dick to say he’d take the case on, which he did in June that year.

“We ended up with an initial 560 boxes of paper at Deptford” relating to Operation Fishpool, Driscoll continued, “and then more because we kept finding them.” Driscoll and his team found further documents in 2008, even though the Met had described the 2006 re-opening of Lawrence’s case as a “review” rather than a new investigation.

Driscoll and his team whittled down the 156 suspects to the five gang members accused of the crime. They also utilised advanced DNA techniques to reinvestigate the evidence collected from the crime, which led to a major breakthrough in 2008.

After sending a reenactment of Stephen’s murder to LGC Forensics, along with the evidence, the team found clothing fibres linking some of the suspects to Stephen. When the forensic scientists shone ultraviolet light on Gary Dobson’s jacket, they discovered a small drop of blood that was estimated to be around 0.5mm x 0.25mm, according to Crime and Investigation, which would have been wet when it stained Dobson’s clothes. Two strands of hair belonging to Stephen were also found on David Norris’s jeans, which led to new charges being brought against both Dobson and Norris.

Following a 2011 trial at the Old Bailey, the two gang members were found guilty of Stephen’s murder. They were “ordered to serve minimum sentences of 15 and 14 years respectively,” per the Guardian.

Episode two of Stephen airs on ITV on Monday Sept. 6 at 9 p.m., and all three episodes are now on ITV Hub.

More like this
After The Bling Ring, Nick Prugo Was Embroiled In Another Scandal
By Arya Roshanian
ITV’s New Cold Case Detective Drama Is Giving 'Mare Of Easttown' – But Scottish
By Sophie McEvoy
We Still Have A Few Unanswered Questions At The End Of 'The Suspect'
By Sophie McEvoy
Harry Lawtey Is Weighing Up The Price Of Success
By Olivia-Anne Cleary
Get The Very Best Of Bustle/UK