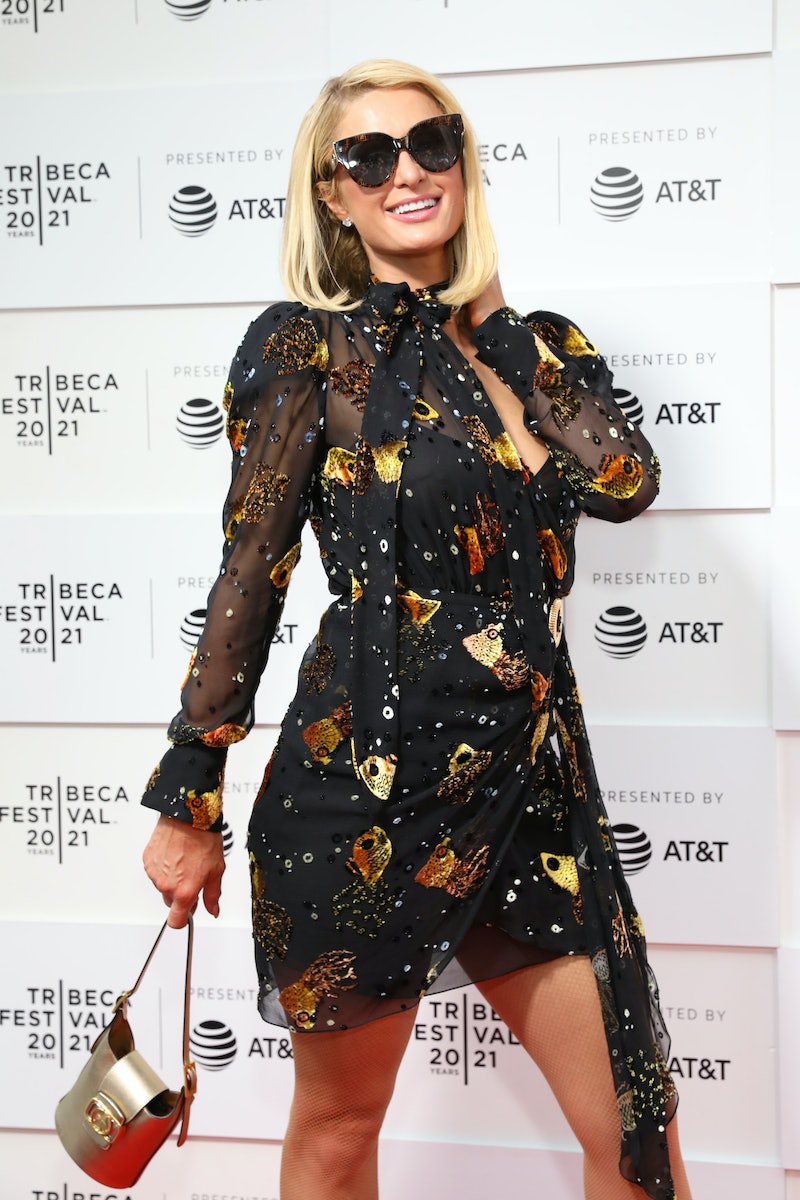 If you thought Paris Hilton would have one, two, or maybe even three outfit changes on her wedding day, you thought wrong. On Tuesday, Aug. 17, the 40-year-old heiress appeared on The Tonight Show Starring Jimmy Fallon and revealed some major details about her upcoming nuptials to entrepreneur and venture capitalist Carter Reum. According to Hilton, the celebration will take place over the course of several days and she plans on wearing multiple wedding dresses.

When the host asked if she already started preparing for the big day, Hilton said that she and Reum are in the process of “planning everything” and that it’s been “very stressful.” Still, the socialite insisted that she’s “not a bridezilla at all” and that fans will be able to watch the wedding on the upcoming Peacock series, Paris in Love. “I just feel like I wanted my fans to see that I found my Prince Charming and my happy fairy tale ending,” she said.

While it’s likely that the wedding will be full of surprises, Hilton let Fallon in on some of her secrets. “I’ll definitely get a DJ because it’s too much,” she said when asked if she would be DJing the event herself. “We’ll have a band as well.” And when she revealed that the wedding is going to be a “three-day affair” with “a lot happening,” Fallon took a wild guess that Hilton already starting shopping around for dresses.

“Yes, that’s basically the only thing that I’ve done,” the This Is Paris star confirmed, adding that she’ll have “lots of dresses” to wear throughout her entire wedding weekend. “Probably 10. I love outfit changes.” Reum, on the other hand, won’t be wearing nearly as many outfits. “He’s not as high-maintenance as I am,” Hilton admitted.

Reum proposed to Hilton in February 2020 while celebrating her 40th birthday on the beach. Hilton confirmed the engagement news on Instagram. “Carter marked my birthday in the most breathtaking way,” she wrote. “I said yes, with all the joy and confidence and comfort that comes with knowing he’s more than my love. He’s my twin flame. my other half, my best friend and my soulmate.”

Hilton has long been vocal about wanting to get married and start a family with her now-fiancé. A month before their engagement, she revealed on The Trend Reporter with Mara podcast that she started to undergo IVF treatments. “I am just so excited for that next step and to get married and have babies and just finally be as happy as I always wished,” she said.

In July, Page Six reported that Hilton and fiancé Carter Reum were expecting their first child together. And after receiving roughly 3,000 congratulatory texts, Hilton set the record straight on her podcast. “I am not pregnant,” she said. “Not yet. I am waiting until after the wedding.” Still, the heiress is looking so forward to expanding her family. “I can’t wait to have children in 2022,” she added. “But like I said, I am just preparing for the wedding right now.”

More like this
Khloé Kardashian Is Reportedly Dating A Private Equity Investor She Met Through Kim
By Jordyn Tilchen and Jake Viswanath
How To Apply For 'Survivor' & Tips On How To Get Cast
By Meg Walters
Here’s Everything You Need To Know About Operation London Bridge
By Bustle UK
10 Photos Of William, Harry, & Their Cousins Honoring The Queen Together
By Stephanie Topacio Long
Get Even More From Bustle — Sign Up For The Newsletter