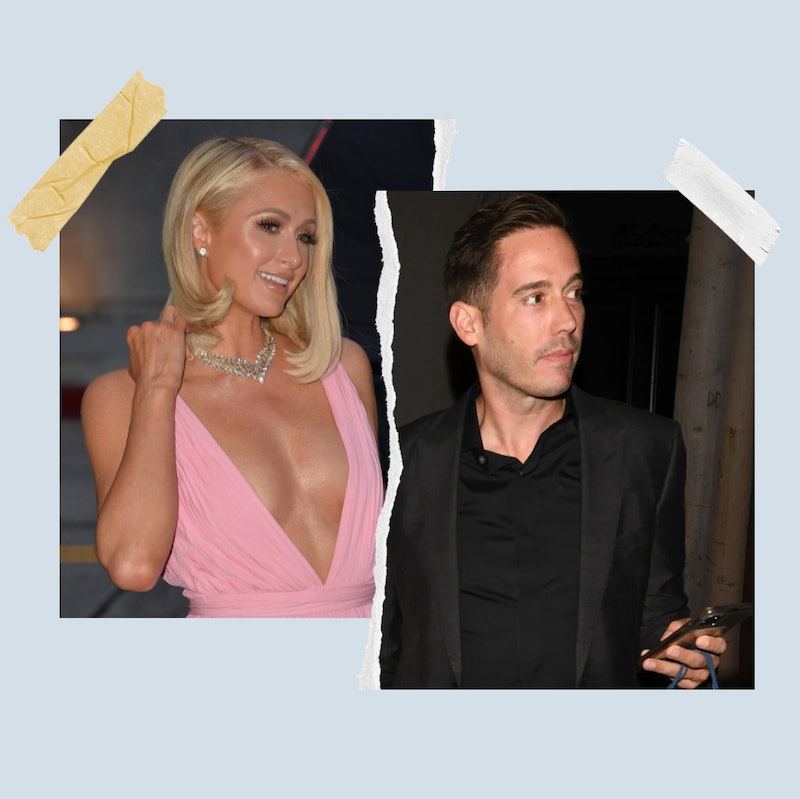 Even though the gods are crazy and the stars are blind, Paris Hilton and Carter Reum’s love is as real as it gets. A dive into the reality star’s Instagram will reveal that she thinks the world of the venture capitalist and author, whom she frequently references as her “twin flame,” “soulmate,” and “other half” in her captions. Hilton has known Reum for more than “15 years,” but the two didn’t officially begin dating until after his sister invited her to Thanksgiving dinner in November 2019, the socialite told People in 2020. Hilton also revealed that, since their first date, they have never spent a single night apart from one another.

The pair took their relationship to the next level in February 2020 when 40-year-old Reum proposed to Hilton on her’s 40th birthday. Hilton confirmed the engagement news on Instagram: “Carter marked my birthday in the most breathtaking way. I said yes, with all the joy and confidence and comfort that comes with knowing he’s more than my love.”

A month before their engagement, Hilton made headlines when she revealed on The Trend Reporter with Mara podcast that she had started to undergo IVF treatments. Hilton has always wanted to have children of her own. “I am just so excited for that next step and to get married and have babies and just finally be as happy as I always wished,” Hilton told ET in 2020. Pregnancy rumors have swirled ever since, but Hilton has maintained that her and Reum don’t plan to have start having children until “after the wedding.”

Before the couple ties the knot, here’s what you need to know about her fiancé Carter Reum.

Although they made their official debut as a couple at a Golden Globes after party in January 2020, Hilton revealed that they initially began dating in November 2019 and posted a one-year anniversary Instagram post about him in December 2020. The video montage, set to the tune of her 2006 single “Heartbeat,” shows the two wearing matching Halloween costumes, traveling together, and generally being adorably in love. It is one of the many anniversary messages Hilton has shared since the couple began dating.

Hilton called Reum her “twin flame,” “best friend,” and “partner for life” in the caption of the post. “I can’t believe it’s only been a year. It feels like I’ve been with you a lifetime,” she wrote. “I have never felt so close to another person in my life. And that’s because you’re the first one who tore down the walls I built around my heart and opened up my heart in a way that I didn’t know was possible. I can’t wait for our future and a lifetime of love and adventures. Because no matter what happens in life, I will always be happy, feel safe and at home in your arms and by your side forever.”

Carter is an author & venture capitalist

Reum is the co-founder of the venture capitalist firm M13 alongside his brother Courtney Reum, according to Vogue, . Throughout the years, the company has invested in multiple startups that have made it big, including Lyft, Daily Harvest, and Rothy’s. In addition to investments, he’s also a published author. His novel Shortcut Your Startup, which he co-wrote with his brother, was released in 2018.

Carter proposed to Paris on an island

On Feb. 17, 2021, Hilton revealed on Instagram that Reum proposed to her on her birthday. Hilton later revealed that she was completely surprised when Reum got down on one knee because he had disguised the proposal as a photoshoot. “He tricked me,” she said. “It was one of the most romantic moments of my life.”

At the time, they were staying on a private island for Hilton’s 40th birthday celebrations, which turned out to be the perfect beach backdrop for an engagement. The post’s video slideshow shows Hilton cradling Reum’s face after his speech before the two share a passionate kiss. “When you find your soulmate, you don’t just know it. You feel it,” she explained in the caption. “My love & I have been together since our first date, and for my birthday, he arranged a special trip to tropical paradise. As we walked to dinner along the beach, Carter led us to a cabana adorned with flowers and dropped to one knee. I said yes, yes to forever. There’s no one I’d rather spend forever with.”

Hilton has since continued to share images celebrating their engagement online, including one of them posing together with a large engagement ring balloon and another with the hashtag #BrideToBe.

Their wedding will be featured in an upcoming Peacock TV show.

On May 13, Hilton revealed that she will star in a new show titled Paris In Love, which will be released on the NBC streaming service Peacock. The docuseries will chronicle Hilton’s experience planning her upcoming wedding to Reum. The show will feature 13 episodes that will see Hilton shopping for wedding dresses, finding the perfect venue, and getting hitched. “I’m so excited to share my wedding journey with you,” Hilton wrote on Instagram alongside a sparkly image of her wearing a wedding dress. “What part of me planning the wedding do you want to see most?”