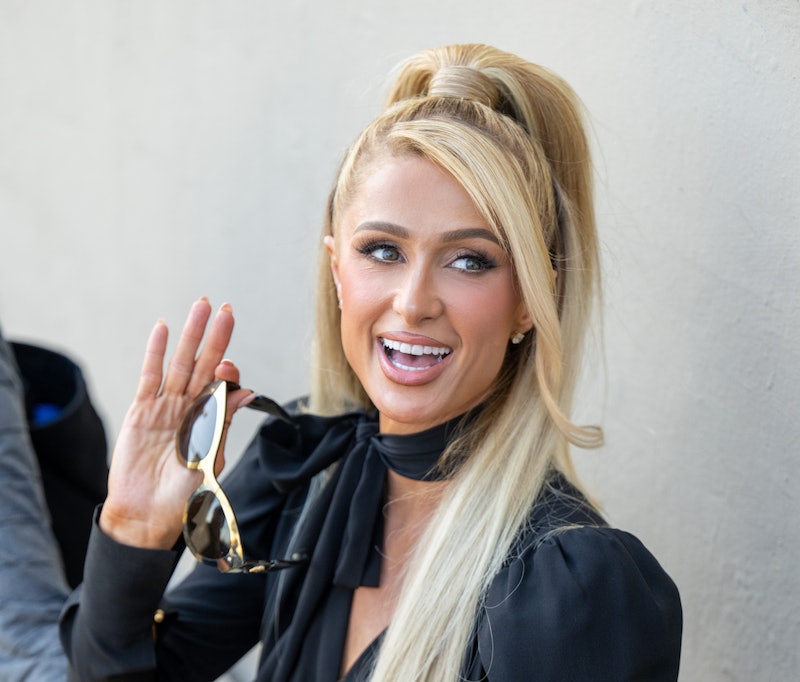 In the months since TikTok’s “One Thing About Me” trend began, people have spilled a lot of surprising details about themselves. Little is off-limits, even criminal behavior. But the world of the internet is surprisingly small and you never know who might be watching, as one TikToker recently learned. After the user AsapSCIENCE recounted how he and a friend once stole aughts fashion icon Paris Hilton’s sunglasses, he got a response from the reality TV legend herself.

The original video, captioned “Could Paris sue me?,” described a night out in Toronto in 2007, when the TikToker was at an MIA concert. After some drinks and the show, he left. That’s when “a big black car pulled up, and all these people screamed and Paris Hilton got out,” he said. For proof, he added a photo that appears to show him with an arm around the This Is Paris star’s shoulder. He continues, saying that she and the crowd went in the club, The Government, while he and his friend stayed behind.

“The car was still there and me and my friend opened the door,” he added. “There was no one in the car, so we just got in the car. … We were laughing, we were screaming, we were in Paris Hilton’s car.”

Well, little did he know, his friend found a souvenir she wanted to keep. She told him to run and he did, thinking the cops were coming. “But my friend was actually screaming with joy because she’d stolen her Christian Dior sunglasses,” he said, adding a quick apology to Hilton. The TikToker went on to explain what happened to the sunglasses afterward: “We have Christian Dior sunglasses that are Paris Hilton’s. We share them in a sisterhood of the traveling Paris Hilton sunglasses.”

Before ending the video, he had a final plea. “So, yes, I robbed Paris Hilton, and I hope that’s OK,” he said. “And please don’t put me in jail. You’re rich.”

Addressing Hilton was the right move, because she saw it and even posted a duet TikTok with her reaction to the story. Looking pretty unfazed (and wearing a different pair of sunglasses), she mostly nodded along, chuckled, and posed. At the very end, she even smiled and mouthed “I won’t” at the idea of her putting him in jail. Her caption did have a request, though: for him to do “a reveal of the sisterhood of the traveling Paris Hilton sunglasses.” She also posted it in the comments of his original TikTok.

Their surprisingly warm back-and-forth didn’t end there. The user posted yet another TikTok to showcase the stolen sunglasses. “Paris! Me so sorry, me so sorry for robbing you,” he said. After extending an invite to the sisterhood, he added, “I will happily give them back to you, as long as you give them back to me. I’m kidding. No, you can have them back. They are yours. I did break into your car and steal them from you. … Thank you for being such a good sport.”

Hilton was apparently satisfied, because she wrote back, “Love you.” It was the ending the people wanted. In the comments, people endorsed the unusual, attention-grabbing exchange. “I’ve been waiting for this,” model Tess Holliday wrote. Another fan described it as “literally amazing,” while someone else wrote, “This is getting better and better.”

It’s a nice bookend, but there are a few skeptics. “[P]lot twist...she sues you for theft and has all the proof she needs,” one commented. It seems unlikely, but if that happens, let the story continue to play out on TikTok.

More like this
Paris Hilton Just Shared The First Photo Of Her Baby
By Sam Ramsden
Paris Hilton & Carter Reum’s Relationship Timeline Includes A 2023 Grammys Date Night
By Bustle Editors
'Bachelorette' Vet Clare Crawley Revealed Her Stunning Wedding Photos
By Stephanie Topacio Long
Everything To Know About 'RHOSLC' Season 4
By Jake Viswanath
Get Even More From Bustle — Sign Up For The Newsletter
From hair trends to relationship advice, our daily newsletter has everything you need to sound like a person who’s on TikTok, even if you aren’t.