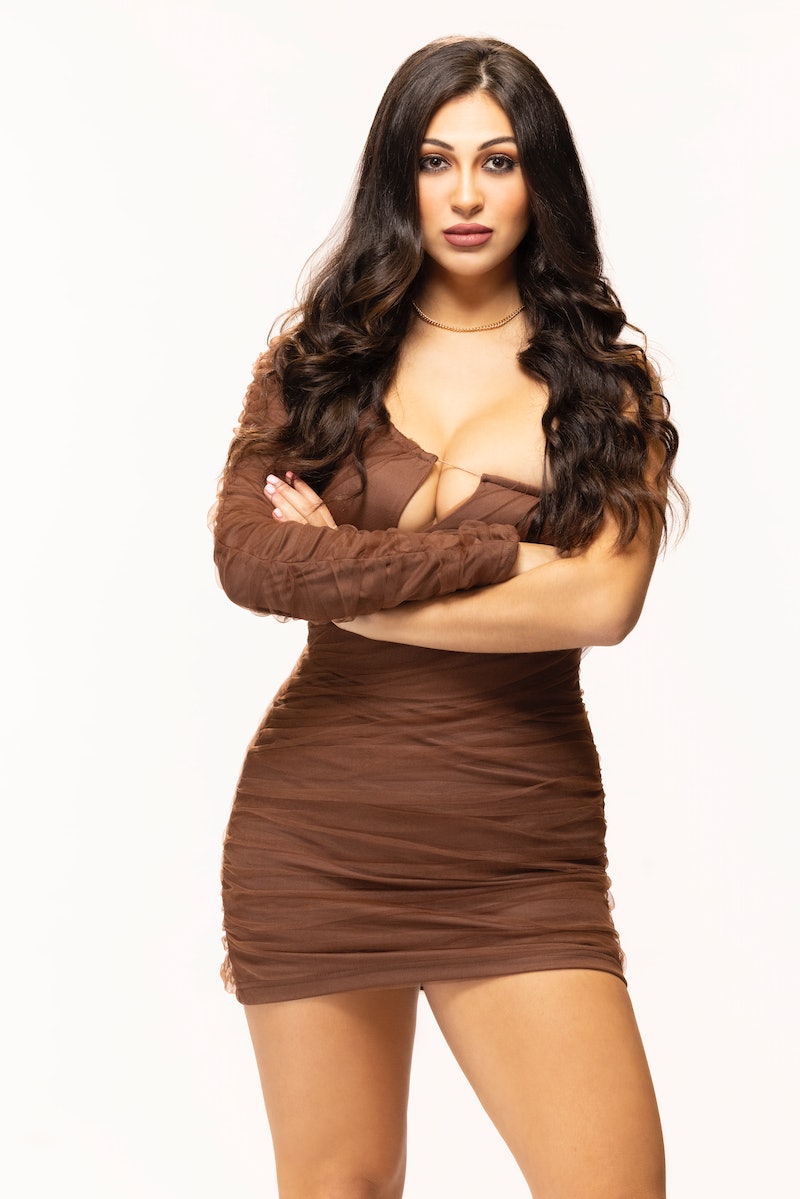 Making friends was never among The Circle Season 4 contestant Parker Abbott’s objectives when she joined the Netflix reality series. “I plan on being the most manipulative, cutthroat player,” the 22-year-old Miami native explained in her intro package, also predicting in the trailer that the other cast members would fall into her “trap” and win her the increased $150,000 grand prize. Her strategy? Playing as her 56-year-old father, Paul Abbott.

Parker, who was still 21 when The Circle filmed, further explained that her reasons have much to do with the fact that she is, in her words, a “popping bottles kind of girl” whose “only two personality traits really are being in a sorority and going out and partying.” Knowing that the Netflix competition is “all about trust,” she decided her best bet at winning was to go the catfish route. “If I saw a 21-year-old sorority girl, I definitely wouldn’t put trust in them, especially with my pictures,” she added.

Here’s everything to know about Parker, aka Paul, ahead of The Circle Season 4’s May 4 premiere.

Parker’s Instagram is sparse, with just 30 photos at the time of publication, primarily glam solo shots. Her first post was a July 2016 photo with Kylie Jenner in Los Angeles. She didn’t provide any context beyond the edited “hey @kyliejenner” caption, but it turns out she has a family connection, which is clear on the real Paul’s Instagram (more on that below).

Though Parker splits her time between Los Angeles and Miami, she also seems to love to travel and has dedicated an Instagram stories highlights button to recent vacations to France, Switzerland, and Italy, where she attended a Jonas Brothers concert in Milan. During The Circle’s premiere week, she even partied at Season 2 alum Mitchell Eason’s backyard barbecue, which was also attended by his brother and mom, Ed and Tammy from Season 1, as well as The Ultimatum’s Zay Wilson.

As Paul on The Circle, Parker claims to be a therapist, but, in real life, her father is an investor, business strategist, and philanthropist, who’s “actively involved” with The Caitlyn Jenner Foundation, among others. The real Paul has several Instagram photos with Caitlyn and Sophia Hutchins, including one where Parker joined them in 2018. He most recently shared a photo with Caitlyn in February, sharing that they were discussing their new W Series Jenner Racing team. “YESSS,” Parker wrote in one comment, adding several applause emojis in another. That’s certainly one possible explanation for the aforementioned Kylie photo.

Despite claiming to be a therapist as part of her Circle strategy, Parker listed her occupation on the show as “student.” She graduated from The Sagemont School in Weston, Florida, in 2018, according to a photo on her dad’s Instagram account. So far, she has yet to share which university’s sorority she belongs to. You’ll have to tune in to The Circle Season 4 to find out more.