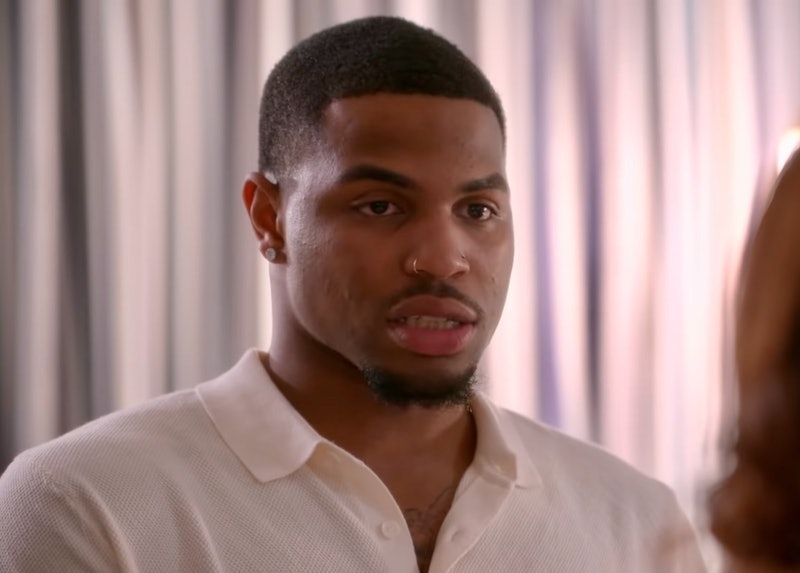 Even though Rae Williams brought boyfriend of two-and-a-half years Zay Wilson on The Ultimatum, she flipped the script in the end. After Rae and Jake Cunningham hit it off during their first trial marriage on the Netflix reality series, she was unsure if she truly wanted to marry Zay, whom she’d dated through college. Meanwhile, Zay connected with Shanique Brown, but still came to realize that he wanted to accept the marriage ultimatum and end the show engaged to Rae.

Because Rae couldn’t give Zay reassurance that she wanted to be with him at the end of their three-week trial marriage, though, he decided he was “ready to get f*cked up and just forget all this even happened,” and left their shared apartment. As Rae told it, he was “being really sketchy” and stopped sharing his iPhone location with her and didn’t respond to any of her calls and texts throughout the night. When Zay finally returned home shortly after 8 a.m. “drunk, smelling like the club, [and] smelling like perfume,” according to Rae, she told him that she didn’t want to be with him anymore, later admitting that she’d “literally punched him” because she was so “pissed.”

In an interview, Zay said, “I was out all night. I was wrong. Whatever. But what do you expect when I’m getting shut out?” The college basketball star, who had broken down in tears during the season, further explained his hurt in a confessional. “If you care about someone the way that she says she does, you don’t give up on something like that that fast, that quick,” he said. “It hurts more to see how fast she just let everything go and just let us go.”

During the Season 1 reunion, “MIA Zay,” as co-host Vanessa Lachey called him, had the opportunity to share his side of the story about that night. According to Zay, he didn’t turn his phone off, but rather, the battery had died. He did, however, admit to “getting drunk and passing out” at a friend’s house while dealing with the pain of Rae’s rejection. “I didn’t get any answers and I wanted to escape,” he said. “That’s my truth.”

Later on the reunion special, Zay and Rae continued to argue — and he even walked off the set to decompress at one point. Though Zay encouraged his ex to live her truth, they disagreed about their relationship status immediately after filming wrapped in May 2021. While Zay’s version of events was that they got back together and were having sex daily, Rae chalked it up more to them trying to “fix things,” rather than a full reconciliation. Rae was also upset that Zay was never transparent about his physical relationship with Shanique.

After things eventually didn’t work out between them, Rae went on to date one other woman, while Zay said he’s been single and focusing on “trying to figure out” what he actually wants. “Just taking my time and taking it slow,” he told Vanessa. However, Zay didn’t share many details of what he’s been doing otherwise. In an early episode, he explained that he was “still trying to graduate” college, and as of the 2019-2020 men’s basketball season, the 6-foot-6-inch-tall forward was majoring in sports management at Kansas Wesleyan University. (The school noted that he previously attended Austin’s Huston–Tillotson University as well.)

Zay’s Instagram seems to indicate that he’s been spending time around Los Angeles, though it’s unclear if he officially moved there or not. His Instagram stories also have included many posts indicating that he still enjoys spending significant time out partying at clubs, something that had been a point of contention with Rae. Recently, he even reunited with engaged Ultimatum castmates Alexis Maloney and Hunter Parr, who now live in California, to host a party together.

Zay, who could also be trying his hand at modeling, is also a big fan of motivational quotes, which often appear in the captions of his Instagram photos. One recent example that sums up his “#TeamZay” Ultimatum journey: “You deserve to celebrate not only who you’ve become, but who you could’ve become and fought not to be.”